A pair of test mules of what appears to the next generation 2019 Yamaha FZ FI has been spotted testing on the Chennai-Bengaluru road. Though the prototypes are camoulfaged and bear no badges, elements like taillight and tyres clearly point towards Yamaha’s popular 150 cc naked motorcycle family.

The next iteration of FZ-FI and FZS-FI would receive noticeable cosmetic changes. The test mules seem to be sporting pre-production elements but one can expect a reprofiled fuel tank and extensions, redesigned headlamp and a new tailpiece. The person who spotted the these motorcycles reports that the headlamp is an LED unit. 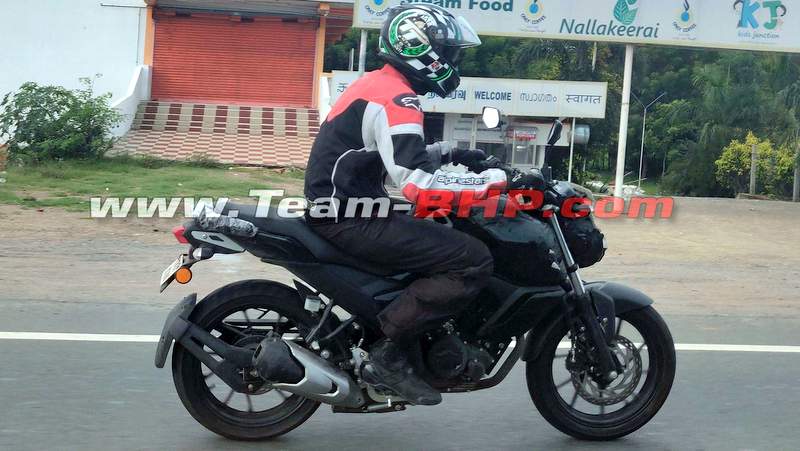 In line with the improved safety norms, the new Yamaha FZ and FZS will offer disc brake at both ends, complete with dual-channel ABS. Going by the spyshots, the compact street fighter will also receive a smaller digital instrument console compared to the outgoing model.

The motorcycle also receives a new silencer with silver finished guard. The new stepped, single-piece seat should improve pillion comfort. While the FZ-FI is expected to retain its understated appeal, the FZS-FI will receive fancier colour options and sporty decals. 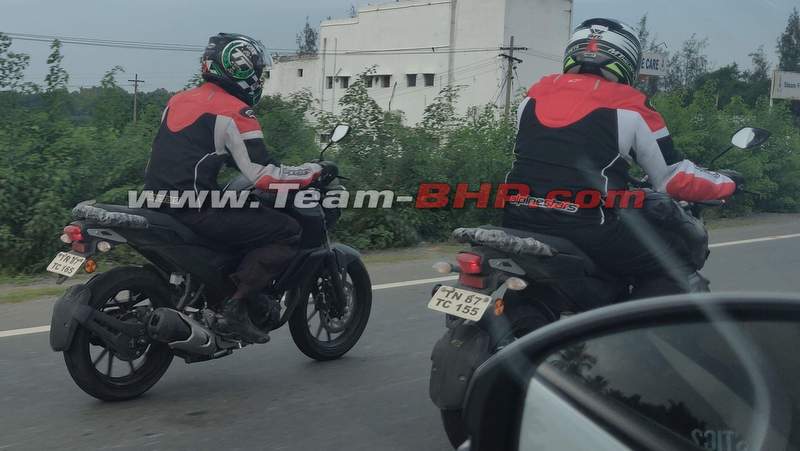 The 149 cc single-cylinder air-cooled fuel-injected engine is expected to receive some tweaks to improve power output while being ready for the stringent BS-VI regulations. In its current avatar, the motor dishes out 13.2 PS and 12.8 Nm of torque when mated to a 5-speed gearbox.

The diamond frame chassis, telescopic front fork and monoshock rear suspension would be retained without major changes. The prototypes appear to be sporting 100/80-17 front and 140/60-R17 rear tyres like the outgoing model.

The current FZ series starts at INR 81,540 (ex-showroom, New Delhi). Expect the next gen model to be pricier by around INR 3,000-5,000. The new Yamaha FZ-FI and FZS-FI would be able to mount a better onslaught against the regularly updated Suzuki Gixxer, Bajaj Pulsar NS 160 and the recently launched TVS Apache RTR 160.