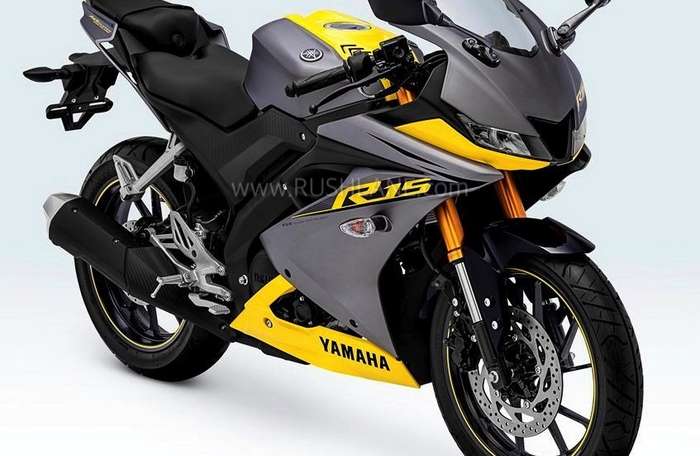 Yamaha R15 V3 was launched in India last year, and it has been a huge success. Last month, the bike registered sales of over 9k units. Earlier this year, Yamaha India announced the launch of R15 V3 Darknight edition. It is a matte black finish option, which is priced at Rs 1,41 lakh, ex-sh.

Other colour options on offer in India with R15 V3 are – Thunder Grey, Racing Blue and Darknight. The first two are sold for Rs 1.39 lakhs, while latter is Rs 1.41 lakhs, ex-sh. Internationally too, this is among a best-seller in the segment. To boost sales further, Yamaha has launched new colour schemes for international market. 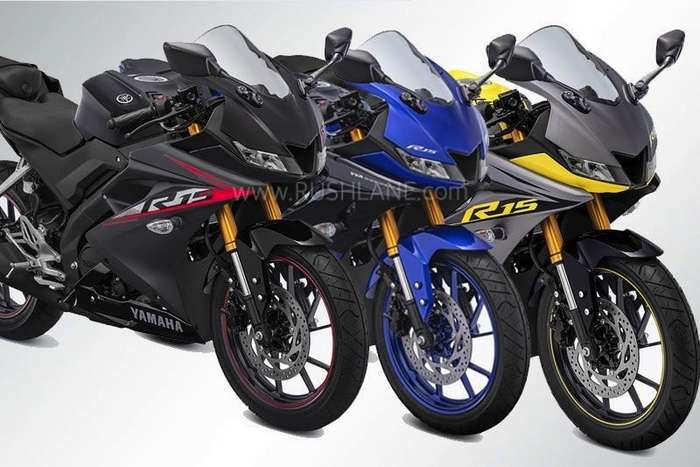 Officially, the above colours are not on sale in India. But, there are a few dealers, who have advertized that they do customize new R15 R3 for buyers. One such dealer is in Bangalore, who is now offering Black and Yellow coloured variant. It also has body graphics like the ones seen above.

It sees no change in engine specifications and comes in powered by the same 155cc, liquid cooled, single cylinder, four stroke engine offering 19 bhp power at 10,000 rpm and 15 Nm torque at 8,500 rpm mated to a 6 speed gearbox. The engine gets Variable Valve Actuation to enhance efficiency and performance while as a segment first feature, slipper and assist clutch is also on offer.

Yamaha R15 V3 gets braking via 282 mm front disc and 220 mm rear disc. It gets dual channel ABS while suspension is handled by telescopic front forks and monoshock at the rear. In spite of being one of the most costliest bike in the segment, it is also one of the best selling bike.