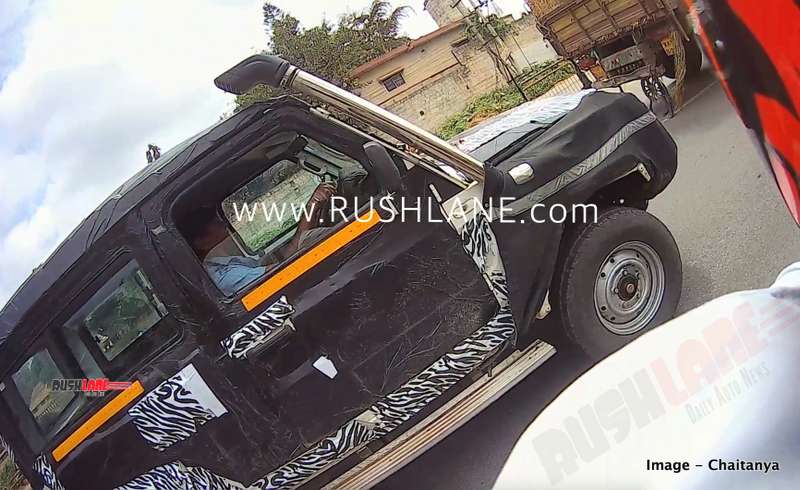 Spy shots of the 2020 Force Gurkha 4×4 2 door SUV have been coming to our attention regularly as the next generation off-roader is busy undergoing extensive testing regime. The old-school SUV which has a sizable fan base doesn’t look drastically different from its predecessor but we expect significant changes under the skin in order to meet the country’s new regulations regarding safety (BNVSAP crash tests) and emissions (BS-VI).

This partially camouflaged prototype, spied by automotive enthusiast Chaitnaya, indicates that most of the styling changes are concentrated on the front half of the vehicle. The rear fascia with three-part windshield, tailgate-mounted spare wheel, low-set taillights and simple bumper has been retained without any noticeable change but in profile, the 2020 Gurkha ditches the narrow rear quarter glass panels in favor of a longer sliding rear windows.

The quintessential snorkel continues to take pride of place at the front. The hood, headlamps and grille are fully camouflaged, suggesting that changes would be significant. The Force Gurkha which is inspired by the iconic Mercedes G-Wagon continues to sport a boxy styling with copious ground clearance. 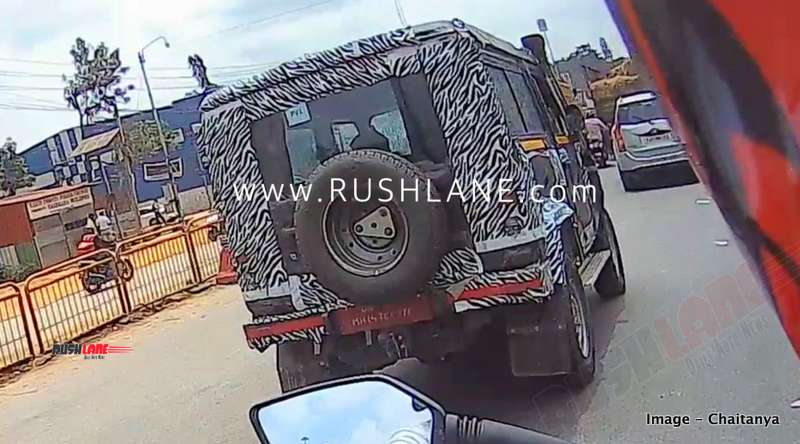 The Gurkha will continue to feature a high-mounted dashboard but we hope it gets a new design and more features. A touchscreen infotainment system on the top-end variant would be nice.

As far as powertrain is concerned, we recently learnt that Force Motors will equip its new off-roader with a 2.6-liter homegrown BS-VI compliant diesel engine. More details about the new engine are still under wraps as of now but the existing 2.2-liter unit derived from Mercedes-Benz is likely to be retired. We also expect the SUV’s ladder frame to receive reinforcements to tackle the mandatory crash tests.

The Force Gurkha has always been an impressive off-roader and that is not going to change with the emergence of new generation. A 4×4 system with low-transfer case, high ground clearance and good wheel articulation, would make for extreme approach and departure angles. Apart from giving the SUV a rugged appeal, the snorkel goes a long way in enhancing the water wading ability too.

The 2020 Force Gurkha is expected to be unveiled at the Auto Expo. Competition will continue to come from the Mahindra Thar which is also set to progress to new generation.