New Honda Africa Twin India-launch date has been confirmed to be 5 March 2020. The adventure motorcycle will come in both automatic and manual formats.

Honda Motorcycle & Scooter India (HMSI) will launch the new 2020 CRF1100L Africa Twin on the Indian market on March 5. The adventure motorcycle, in its latest avatar, was unveiled globally back in September 2019 and it took a fair amount of time to reach Indian shores. Compared to the outgoing version available in the country at a starting price of roughly Rs 13.5 lakh ex-showroom, the 2020 Honda Africa Twin packs a lot more.

The changes spread to both the aesthetics and mechanical bits of the adventure motorcycle. Often regarded as one of the best advs on the market (relatively affordable as well), the Honda Africa Twin comes in both manual and automatic (DCT) formats. 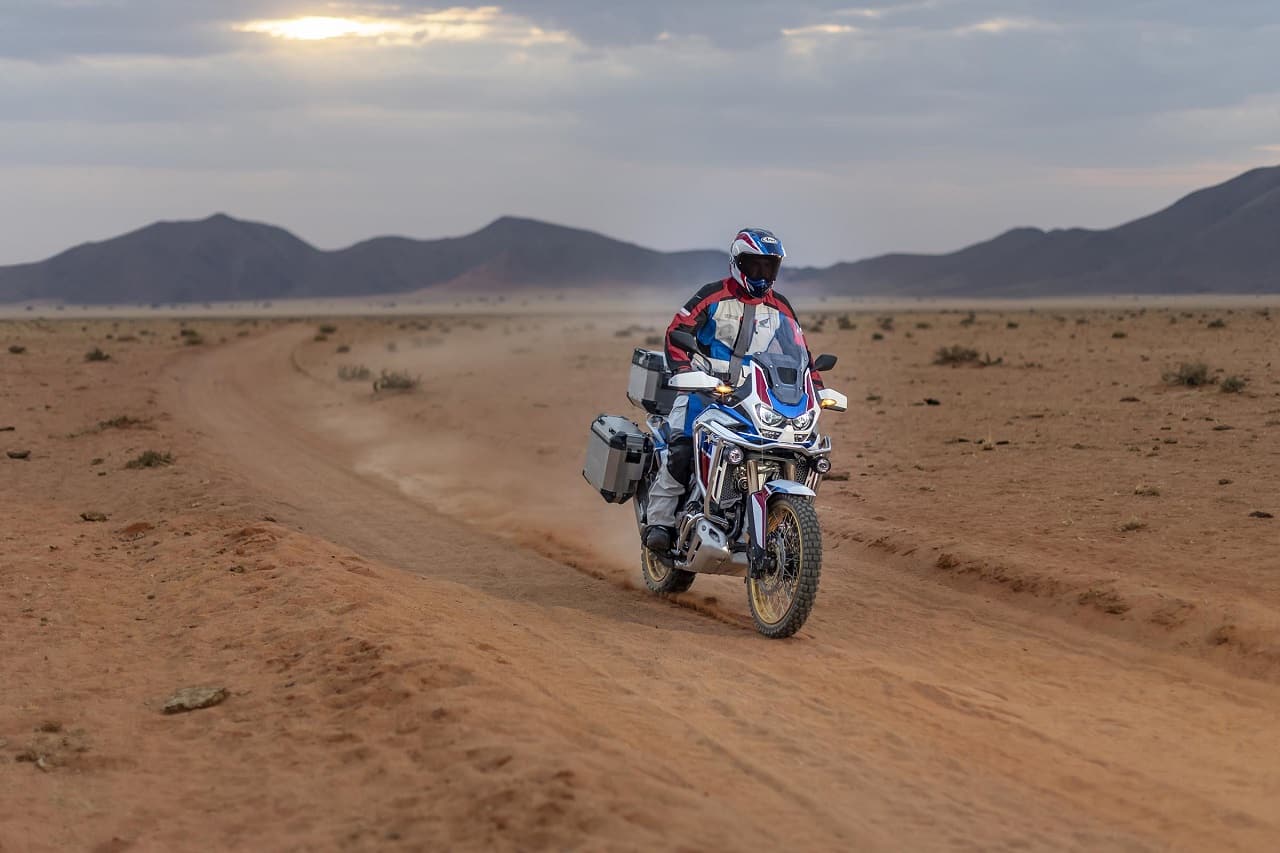 At present, the Indian market receives it only in its DCT avatar, but the 2020 model will be available in a manual version as well. Internationally, the 2020 Honda Africa Twin is also sold in a higher Adventure Sports format (which might not make it to India).

Coming to the engine department, the new Honda Africa Twin employs a 1,084cc engine instead of the outgoing 999cc unit. The increased displacement of the parallel-twin power plant comes in the form of a longer stroke while the bore remains the same as before. Put together, the engine is good for 101bhp and 105Nm of torque. As mentioned before, the power plant comes mated to either a conventional 6-speed manual or a smooth-shifting DCT (Dual-Clutch Transmission).

The 2020 version is lighter as well; by 2.5kg for the manual (226kg) and 2.2kg, in the case of the DCT (236kg). The proven Honda Selectable Torque Control (HSTC) system comes coupled to a six-axis IMU (Inertial Measurement Unit. The engine boasts of four power, three engine-braking and seven HSTC levels, alongside a three-level wheelie-control system. The touchscreen instrument console comes with a lot of functionalities including Apple CarPlay. To give a quick look: 18.8-litre fuel tank, 230mm ( F)and 220mm (R) suspension travel, 21-inch (F) and 18-inch (R) wire-spoke wheels with ‘tubed’ tyres; and switchable ABS at the rear.

There are four riding modes: Tour, Urban, Gravel and Off-Road. In addition to this, the motorcycle offers two programmable modes. The modes work best in the DCT variant since the system has better control over the throttle input. However, purists would always opt for the manual variant since it determines the rider’s capability and not the machine’s. Prices for the 2020 Honda Africa Twin — which will be sold exclusively via Wing World outlets — are expected to start at higher Rs 15 lakh ex-showroom.