2020 Honda City hatchback rendered in New colours – Based on leaks

COVID-19 has caused a lot of confusion in global business operations which includes automotive industries as well. In India, the government’s lockdown protocol has brought down major automotive companies to a standstill or a state of limited production capability. This has resulted in the postponement of many launches, events and important announcements in the Indian automotive market.

A good example of this is the 2020 Honda City sedan. Honda Car India has not only postponed the national media drive of the sedan but has also shifted its much-awaited launch timeline for later. With BS4 era coming to an end soon, the current-gen Honda City will be phased out soon. Amidst all this, a few patent images of the new-gen Honda City’s hatchback avatar have surfaced online.

The City hatchback is mostly focused on ASEAN (Association of South-East Asian Nations) markets and it may never hit Indian roads in any generation. One reason for this is that Honda Car India already sells the Jazz premium hatchback as a decent alternative to Maruti Suzuki’s Baleno, Hyundai’ i20 and Tata Motors’ new Altroz. The Honda Jazz BS6 is almost ready but as mentioned before, COVID-19 has delayed its debut too. 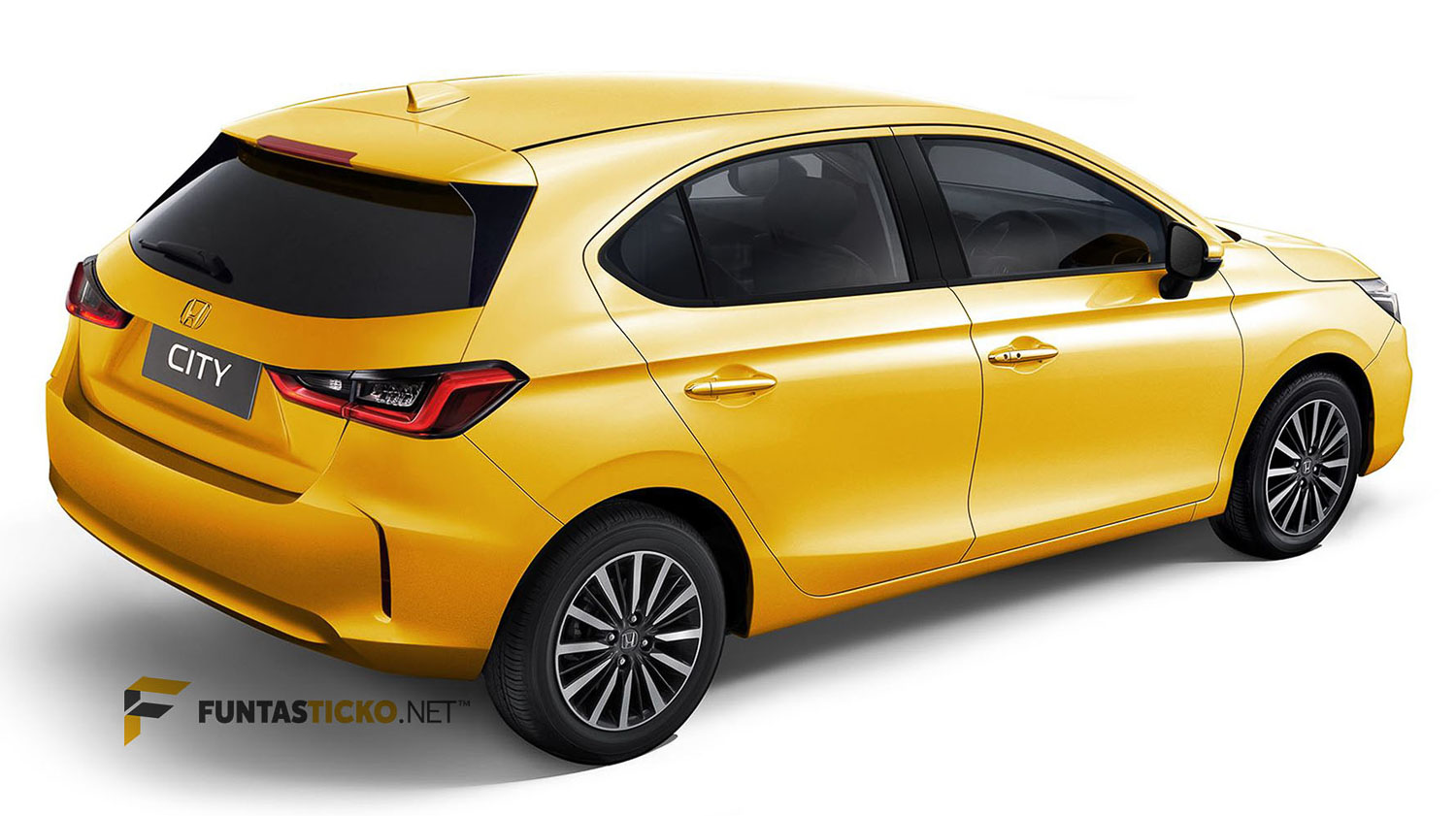 Based on the leaked patent images, Theophilus Chin / funtasticko, has created renders of the 2020 Honda City Hatchback. In terms of looks, the upcoming 2020 Honda City hatchback is pretty much identical to its sedan sibling from the front. The transformation into a different body style towards the rear happens almost seamlessly.

Being an early set of development images, the final market-ready avatar might sport some extra cosmetic bits and most likely a new name as well. At least from these images, the car seems to stretch more than four metres in length — taking away the rather odd Indian road tax benefits applicable for cars under four metres.

Reports state that it will be powered by a 1.0-litre three-cylinder turbo petrol VTEC engine mated to a 7-step CVT. In the Thai-spec Honda City RS Turbo sedan, the power plant makes about 120bhp and 200Nm of torque. The 2020 Honda City hatchback might have lower output figures (with a smaller turbo). If launched in India, it could be a potential rival to the Hyundai i30, which was recently spied on test in India.

On the other hand, the India-spec 2020 Honda City BS6 sedan will be available in both petrol and diesel engines. Initially, it will come only in petrol format (5-speed manual or 7-step CVT) — 1.5-litre i-VTEC four-cylinder NA motor good for roughly 119bhp and 150Nm. The 1.5-litre i-DTEC diesel motor is expected to make 99bhp and 200Nm while mated to a 6-speed manual transmission.