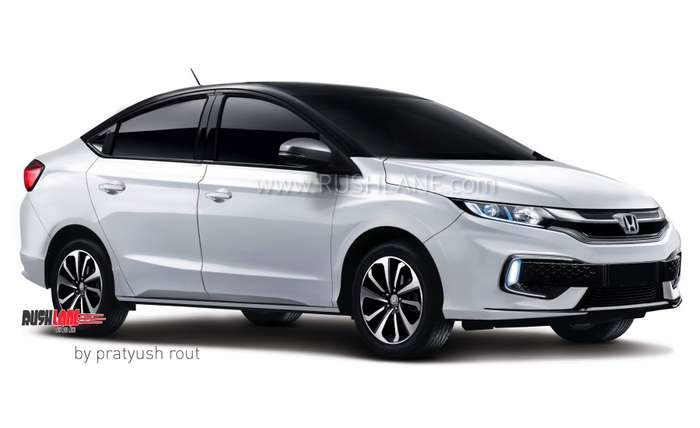 Once the segment leader, the Honda City is now relegated to third spot in the lucrative mid-size sedan segment. Launched in 2014, the current generation City has lost out to the Maruti Ciaz and Hyundai Verna which received major updates recently. With the next generation City in the horizon, things could turn in favor of the Japanese sedan again.

Automotive rendering artist Pratyush Rout has come up with a speculative rendering of the 2020 Honda City. He has derived his inspiration from the Honda X-NV crossover design concept which world premiered at the Shanghai Auto Show earlier this month. While the end result is purely speculative, the design cues of the crossover concept fit very well with the City’s dimensions and we expect the actual car to be not very far off.

The next generation Honda City would adopt an evolutionary styling. While the basic shape is expected to be retained without much changes, the sedan will get sleeker elements. Majority of the changes will be concentrated on the front end with revised headlamps, grille, and bumper. Changes to the sheet metal would involve new contours and slightly revised greenhouse. The rear too would undergo noticeable changes like new LED taillights, bumper, etc. 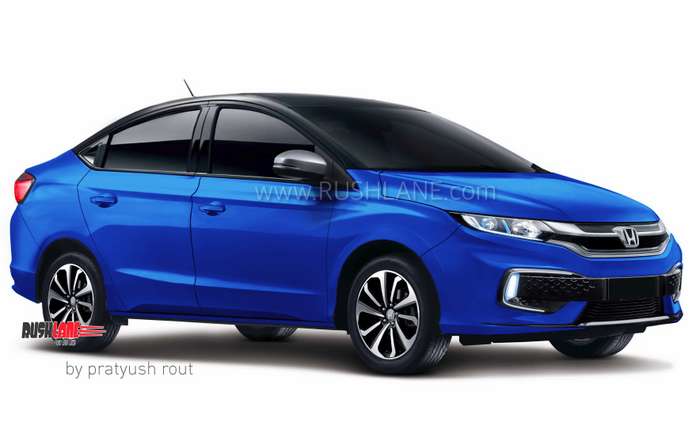 The interior is expected to undergo significant changes with an all-new dashboard, new-age connectivity features and premium materials. The current version of the City already offers impressive space for all occupants and hence Honda is not likely to alter the packaging much.

The new Honda City could debut a modular platform with improved safety. The powertrain lineup will also receive a comprehensive overhaul to meet the BS-VI emission standards. While the 1.5-liter i-VTEC engine is most likely to continue as the petrol option, it remains to be seen if Honda India will continue to offer the diesel option or not. Updating the oil burner to new emission standards would shoot the cost up quite significantly. Instead, a petrol hybrid variant would make better sense since it would enjoy government subsidy under the FAME-II scheme.

The next gen Honda City would command a premium over the current car but will justify it with additional features and improved overall package.