Honda has finally made its entry into the fast-growing and highly competitive sub-200 cc motorcycle segment with Hornet 2.0. To make it attractive for customers, Hornet has been equipped with a range of features including segment-first features.

It’s targeted at users who want their everyday rides to be more peppy and exciting. To understand how it will fare against rivals, here’s a quick comparison of Honda Hornet 2.0 vs. Apache RTR 180 vs. Pulsar 180F vs. Apache RTR 200 4V vs. Pulsar 200 NS.

With racing in its DNA, Honda Hornet comes across as a sleek and powerful machine. It makes an impressive stance with its aerodynamic design, sinewy fuel tank, LED all around setup, sporty split seat, fully digital liquid crystal meter, first-in-segment golden upside down (USD) front forks, sporty alloy wheels, compact muffler, and wide tyres. In comparison, Apache RTR 180 and Pulsar 180F have a higher ratio of commuter bike DNA in them. These two have a flatter overall design, as compared to Hornet. 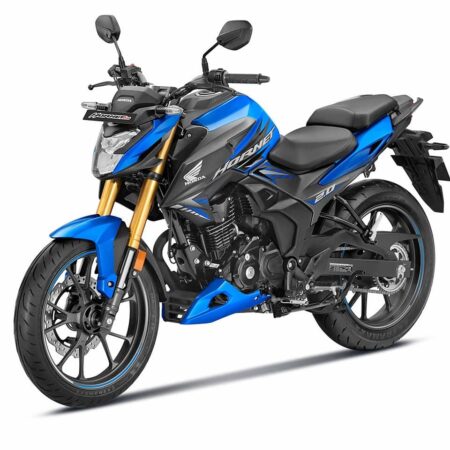 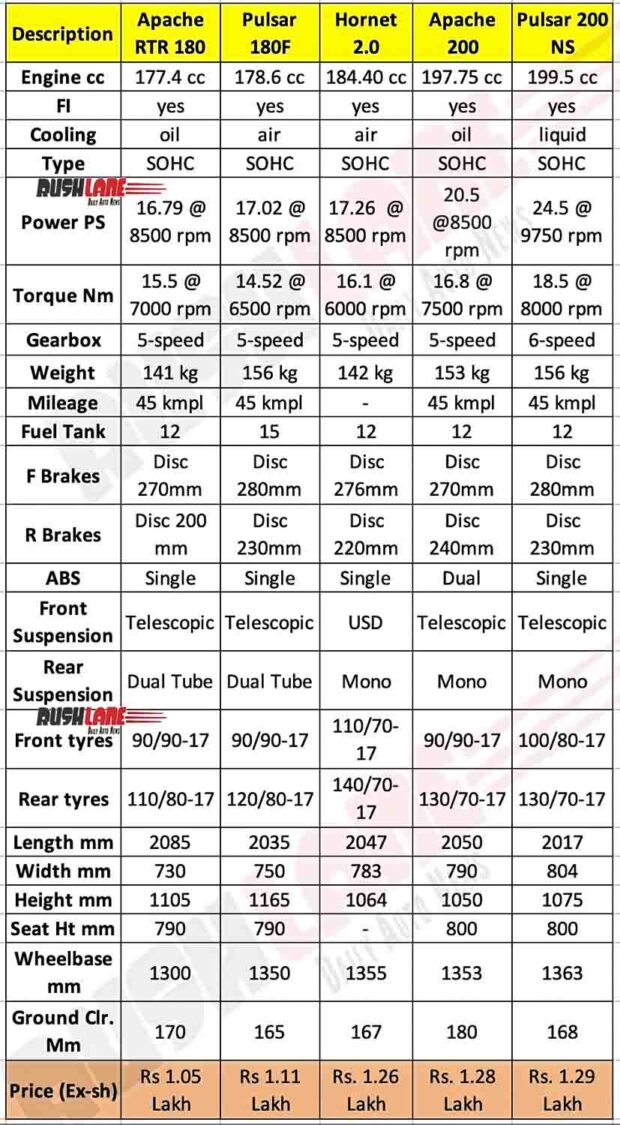 In terms of wheelbase, the longest is Pulsar 200NS, followed by Hornet and Apache 200. Ground clearance of Pulsar 180F, Hornet and Pulsar 200NS is pretty close at 165mm, 167mm and 168mm, respectively.

If centre of gravity matters to you, the bikes of choice would be Apache 200, Hornet and Pulsar 200NS. The lightest bike in this group is Apache 180 with a kerb weight of 141 kg. Hornet is just one kg heavier at 142 kg. The heaviest is Pulsar 200NS, weighing 156 kg. 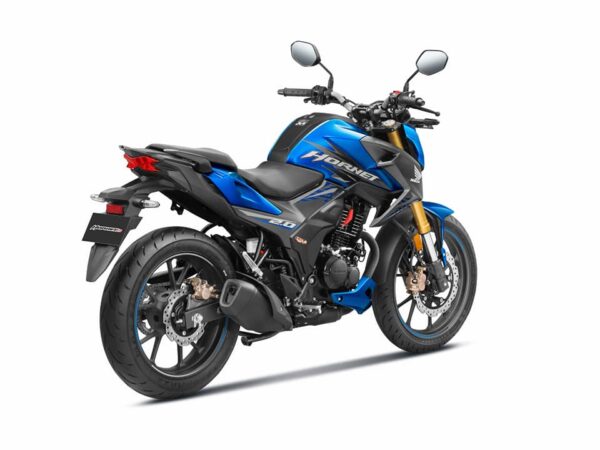 Pulsar 180F has the largest fuel capacity of 15 litres. All other bikes come with 12 litre fuel tanks. In terms of mileage, Pulsar 200NS has the lowest fuel efficiency of 42 kmpl. However, it is not very different from other bikes that offer 45 kmpl. Honda Hornet’s fuel efficiency is also expected to be in the range of 40-45 kmpl. 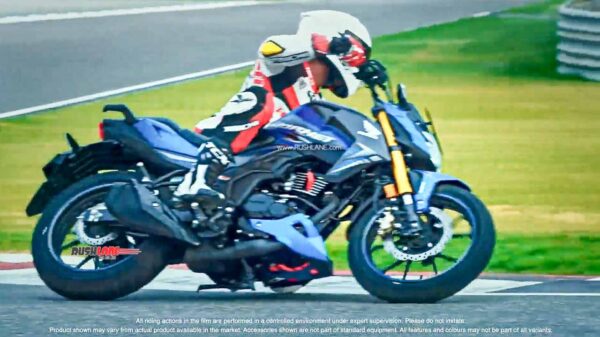 All five bikes are equipped with disc brakes at both front and rear. Apache RTR 200 is better equipped in terms of safety, as it comes with dual-channel ABS. All other bikes including Hornet have single-channel ABS.

Honda Hornet 2.0 comes with a long list of features and has a powerful engine that’s designed for sporty performance. It is worth noting that the bike has been designed with inputs from Honda’s motorsport division. In terms of styling, you can choose from Hornet, Apache 200 or Pulsar 200NS. For max power and torque, the obvious choice would be Pulsar 200NS. If you are running low on budget, you can consider Apache RTR 180 or the Pulsar 180F.