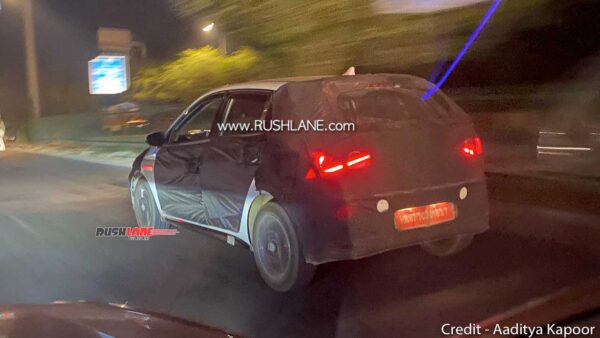 Hyundai India has been extensively testing the upcoming i20 on Indian roads for quite a while. Once launched, it will replace the current i20, which is one of the best-selling premium hatchbacks in the country. Already launched in Europe, this popular offering from South Korean brand is expected to be launched later this month.

Third-generation Hyundai i20 has been spied yet again on public roads. This time, the test mule seems to be a top-end variant. New spy images are credit to automotive enthusiasts Aaditya Kapoor and Suresh Kumar. Night testing spy shots were clicked in Delhi NCR region by Aaditya, while other spy shots was clicked near company plant in Chennai by Suresh.

Despite being under heavy camouflage, the side profile feels noticeably similar to current Elite i20 model. However, front and rear profiles have undergone a major rework in terms of design. Headlamps and tail lamps get a new LED treatment while rear number plate housing has been moved down to the bumper. Certain other test mules had a sunroof; a first in the segment. It remains to be seen if these features are added to the India-spec new gen i20 or not. 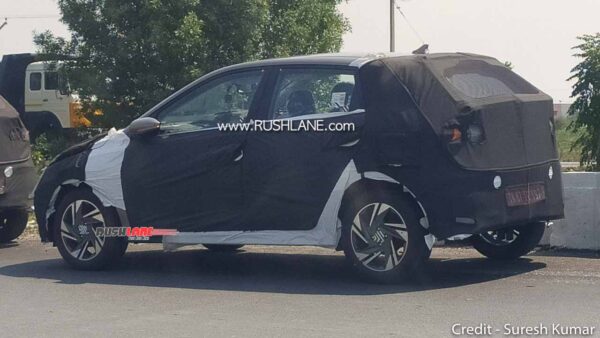 Another interesting detail is the new ORVM design. It seems Hyundai has taken inspiration from BMW’s ‘M’ line of products for the mirrors, with the distinctive ‘lobed-in’ layout. Check out any modern BMW M car and you will understand what we mean.

This is quite ironic as well since a good majority automotive enthusiasts joke that BMW and Hyundai have exchanged designers. The reason for this is that certain modern Hyundai products (definitely not the new Sonata) have evolved to a new level of visual appeal while certain upcoming BMW products carry a questionable taste in styling (google: new BMW M3 grille).

Multiple spy shots in recent times also hint to a fast-approaching launch time frame. In all probability, the new Hyundai i20 should be launched in India later this month. 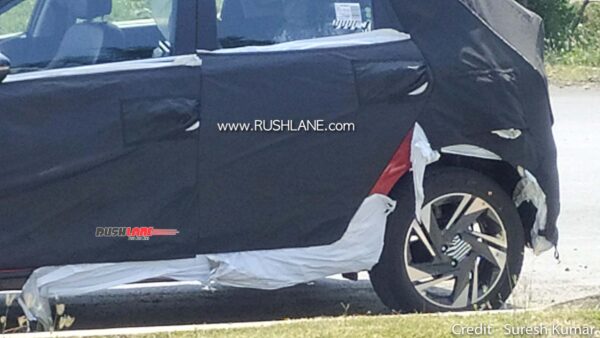 Coming to engine department, new Hyundai i20 gets a choice of three BS6-compliant engines: two petrol and one diesel unit. 1.2-litre NA petrol engine could be the same unit found in i10 Nios, producing 82bhp and 113Nm. 1.0-litre turbo petrol engine is familiar from Venue, that has a rated output of 118bhp and 173Nm. The same is also offered in detuned avatar with NIOS Turbo at 100 PS.

1.5-litre diesel is expected to be a detuned version of the unit found in Kia Seltos. Probably the same one which is featured in Sonet diesel with 6MT, that is rated to deliver about 100 PS. Diesel unit is not expected to come with automatic while petrol is expected to get manual, iMT as well as automatic.