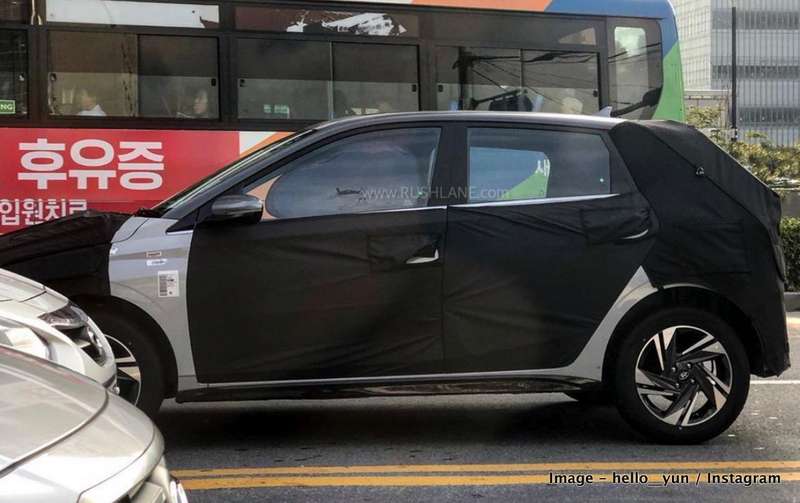 The Hyundai i20 was brought in to the country as a premium hatchback, but it was later with the second generation i20, more commonly known as the Elite i20 that Hyundai managed to establish it as a true hot-hatch, at least in design.

Even though Hyundai did bring in some minor updates to the model since its launch, the car has continuously faced increasing competition, especially from the Maruti Suzuki Baleno. Still, the car has consistently managed to feature itself in the top-selling car list, every month. To ensure that the car retains its charm, the South Korean automaker is working towards bringing in the next generation i20 to the country.

The car was earlier spotted testing in India, close to Hyundai’s plant in Chennai. Now, the car has been spotted testing again, this time in a production ready format, wearing all new dual tone alloys. The same can be seen in the photo above.

It is to be noted that the upcoming 2020 Hyundai i20 will be the third generation of the global hatchback. The overall design update of the hatch seems to be evolutionary rather than revolutionary. The profile looks similar to the current car, however it does get multiple new elements like a larger hexagonal grille, new headlights and redesigned fog lamps. Side profile is also instantly recognizable as an i20, however there are some subtle changes like a new glass arrangement for the rear row where the quarter glass has been done away with.

On the inside, Hyundai will continue to ensure that the i20 is a feature-rich car. Earlier spyshots have also confirmed that the car will get a sunroof, a feature which its Korean cousin, the Kia Rio also gets. On the connectivity front, the car is expected to get Hyundai’s Blue Link suite, which had recently made its way to the Hyundai Venue. The overall dashboard design and upholstery are also expected to get an upgrade to make the car look and feel more modern.

On the powertrain front, the car is expected to continue with the 1.2 litre (82PS) petrol and 1.4 litre (90PS) diesel engines, however, both these motors will be BS-VI emission norms compliant. Customers will mostly get an option between a 5-speed MT and a CVT with the petrol variant while diesel customers will most likely have only a 6-speed MT as an option.

Chances are also ripe that Hyundai might bring in the 1 litre T-GDI petrol unit (available in two states of tune, 100PS & 120PS) on the next-gen i20. The Korean car maker is also expected to bring in the N Line variant of the i20 to the country, a model which will lock horns with the likes of Baleno RS. As before, the i20 will majorly compete with Baleno and Jazz, however, it will also face new competition coming in from the Tata Altroz.