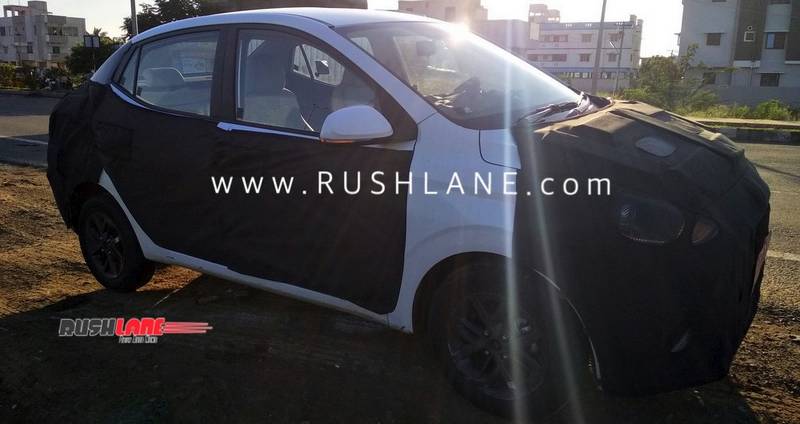 The Hyundai Xcent sub-4m sedan may not be up there competing with the segment leaders Maruti Dzire and Honda Amaze but it has been managing a sales performance (an average monthly sales of little over 1,600 units in the last 6 months) which is adequate enough to merit a significant update. So, it is only a matter of time before the Grand i10 Nios spawn a compact sedan variant.

The first set of spyshots detailing interiors of the Hyundai Xcent Nios has emerged. The camouflaged prototype was spotted testing near Hyderabad by automotive enthusiast Suresh Kumar. Going by the visual relationship between the old Grand i10 and Xcent, it is reasonable to assume that Nios hatchback and its sedan sibling would look identical from the nose till B-pillar.

Not surprisingly, the Xcent Nios sedan opts for a short rear overhang to keep the overall length under the crucial 4m mark. We can expect fresh rear fascia styling along with all-new combination lights. 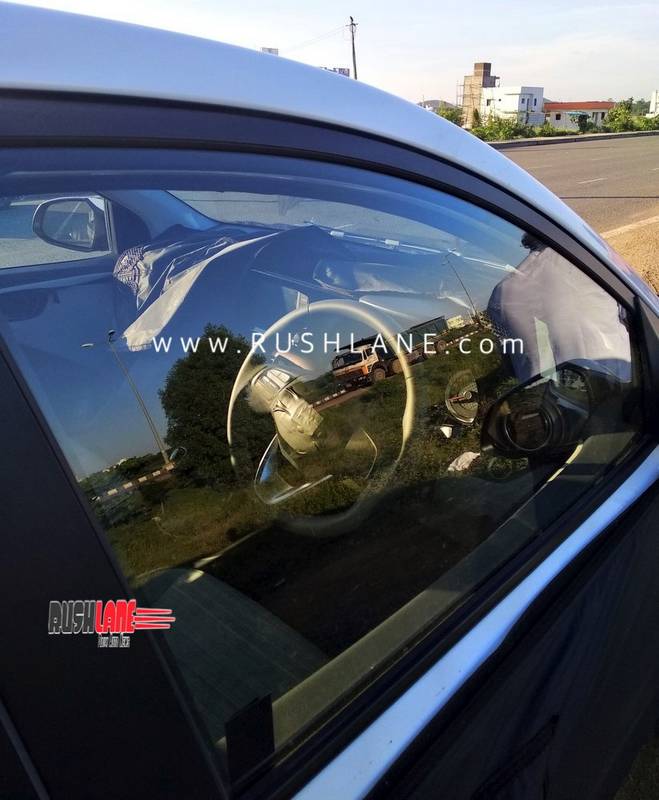 The spy shots also reveal the interior of the compact sedan. The black dashboard is carried forward from the newly launched Nios but seats get plush leather upholstery. Another noticeable difference is that the sedan receives adjustable head restraints for the rear bench. Clearly, the 2020 Hyundai Xcent Nios wants to move a bit upmarket compared to its predecessor.

The powertrain lineup will also be shared with the new Grand i10 Nios. The 1.2-liter petrol motor is tuned to deliver 83 hp and 114 Nm of torque while the 1.2-liter diesel unit has 75 hp and 190 Nm of torque on tap. Both engines can be specified either with a 5-speed manual transmission or a 5-speed AMT.

With improved styling and more upmarket interior, the Hyundai Xcent Nios is expected to help the company increase its market share in the sub-4m sedan segment. While the Nios hatchback is sold alongside the older Grand i10, we expect the old Xcent to hang up its boots to make way for the new gen model. However, it is possible that the old variant is sold exclusively as a taxicab.

We expect the 2020 Hyundai Xcent Nios to be introduced sometime early next year with BS-VI compliant engines right from the beginning.