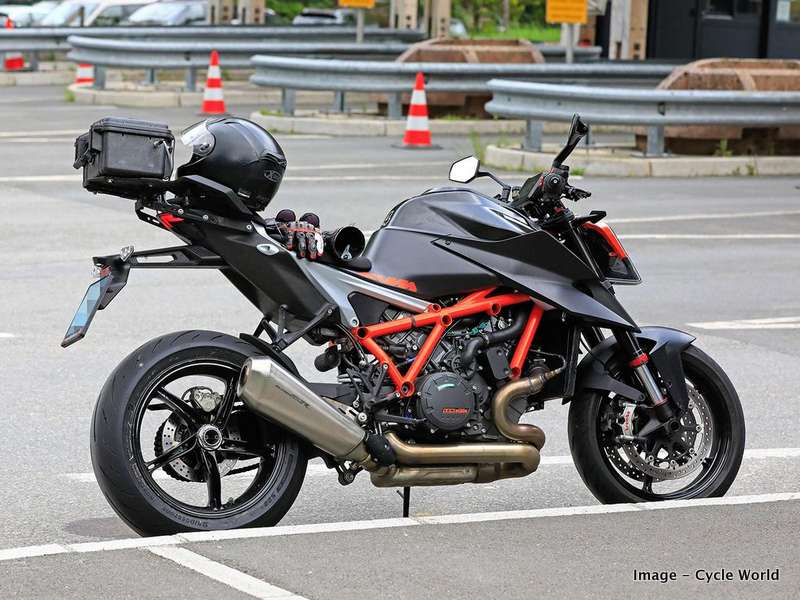 The KTM 1290 Super Duke is easily one of the maddest naked motorcycles on the planet but that is not going to stop the Austrian two wheeler giant from pushing the envelope further. The naked superbike is up for a facelift and KTM will not pass an opportunity such as this to make its flagship offering meaner.

An undisguised prototype of the 2020 KTM 1290 Super Duke has been spotted up close in Europe. The test mule offers a clear idea about improvements on board. Aesthetically, the already sharp looking street fighter receives an even sharper fuel tank extension and a more aggressive tailpiece. The alloy wheel pattern is also fresh.

The instantly recognizable LED headlamp too appears to have undergone design revision to have a meaner stance. The spyshots also clearly indicate that the powertrain witnesses significant update, so much so that KTM felt the need to completely redesign the Trellis chassis. 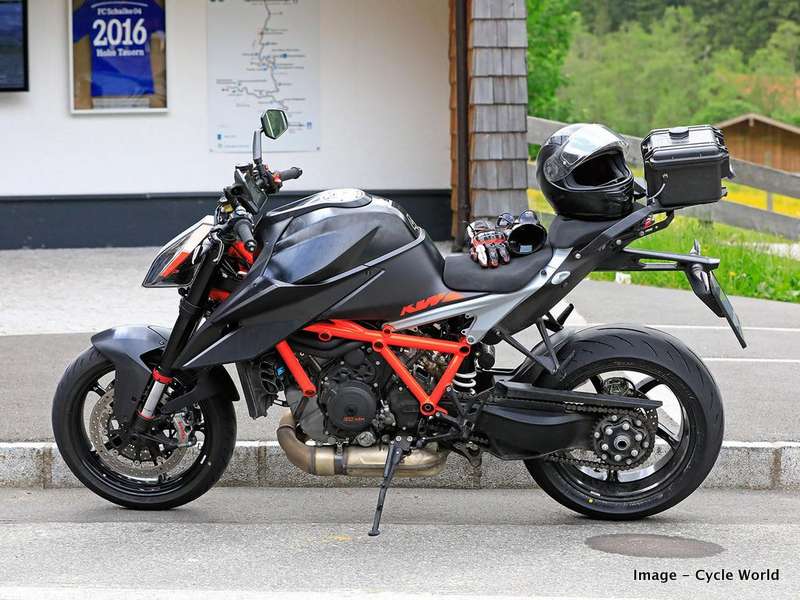 The existing motorcycle’s 1,301 cc V-Twin liquid cooled engine produces 177 hp and 141 Nm of torque which makes for an outrageous performance. One can expect KTM to make things even more brutal with the upcoming upgrade. The updated engine is supported by a new exhaust system (longer and convoluted tubing with a new end canister) which is aimed at complying with the Euro5 emission norms.

The naked sportsbike continues to employ a single-sided swing arm but employs a new multi-link rear monoshock. The WP 48 mm front fork appears to have been retained. The tires and braking system (320 mm front and 240 mm rear discs with ABS) are carried forward as well.

In a nutshell, the 2020 KTM 1290 Super Duke will emerge as a more mature and well rounded superbike for experienced riders. The super naked will lock horns with other premium weapons such as the upcoming Ducati V4 street fighter, Aprilia Tuono V4, BMW S1000R, Kawasaki Z1000, and so on.

The new KTM 1290 Super Duke is expected to make its first public appearance at EICMA 2019 in November, in Milan, Italy. Unfortunately, KTM doesn’t appear to be keen in introducing its high capacity motorcycles in India anytime soon.