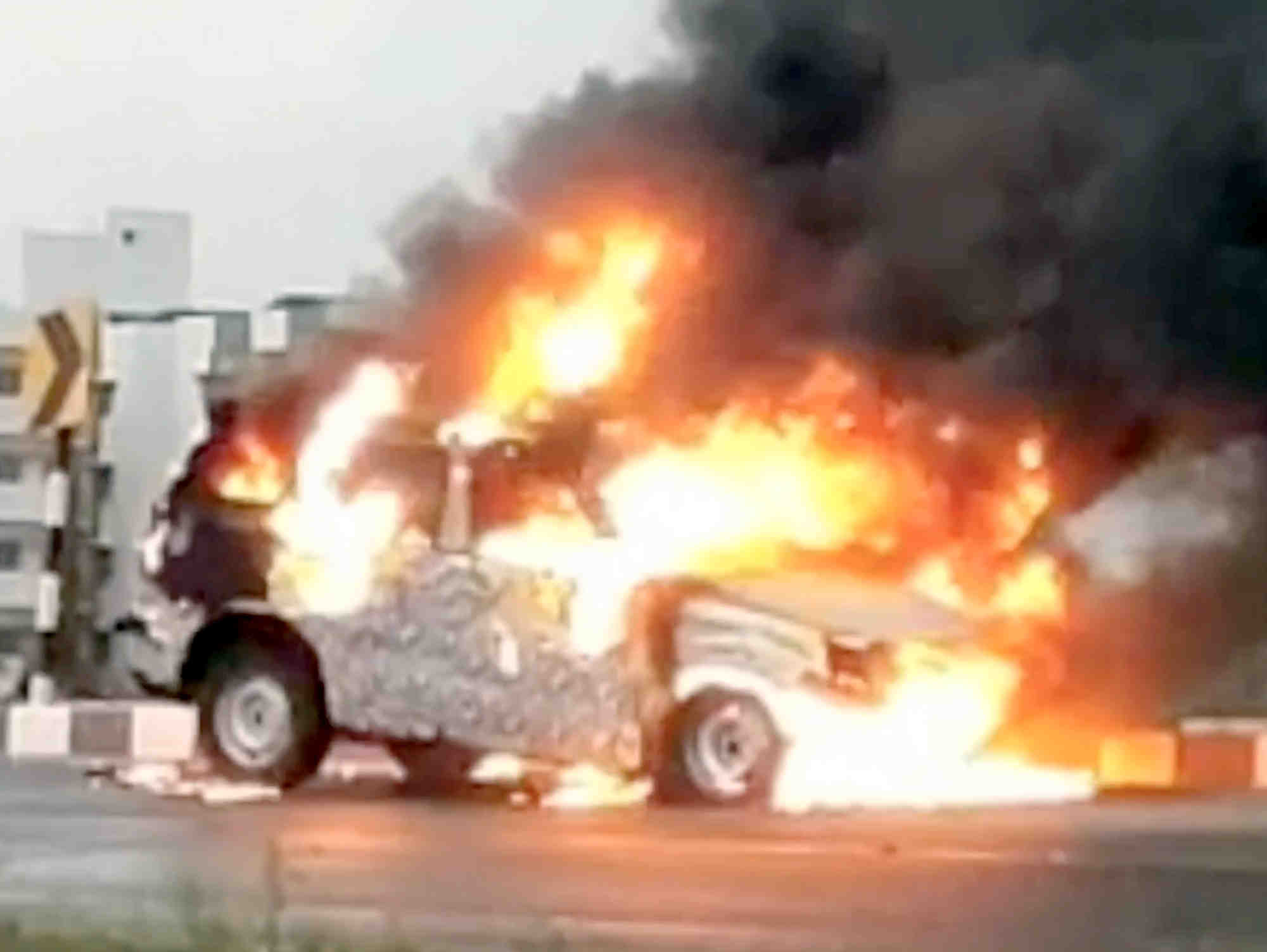 The video in question only documents the fire burning, and not how it started. With the launch of Scorpio BSVI variants impending, the auto manufacturer has been rigorously testing these vehicles in real world conditions.

For the Mahindra Scorpio test mule on fire, it’s the end of the road with rather little left to salvage with the SUV burning through and through. And under the billowing smoke, the front of the vehicle has collapsed. But it would be important for the manufacturer to realize what caused this catastrophic fire.

As per the reports, the Mahindra Scorpio test mule was undergoing its usual road test when the driver noticed smoke emerging from the engine bay. Soon he parked the car on the side of the road and before help could arrive, the entire car was engulfed in flames.

Cars on test catching fire isn’t unique in its occurrence. Two years earlier, a current gen Audi A7 on test caught fire while pulling a trailer along the Austrian Alps. While the driver exited unharmed, there wasn’t much that could be done to save the vehicle. A McLaren Speedtail vehicle testing on roads had been snapped earlier this year while it had been parked as the car had begun emitting huge amounts of dense smoke. It was attributed to an electrical fault.

New gen Mahindra Scorpio has been undergoing road tests for many months now. Expected to make global debut at the 2020 Auto Expo in February next year, the new SUV is built on a new platform. Thanks to new platform, the space inside the cabin is much more than it is today.

2020 Mahindra Scorpio SUV will continue to be offered as a 7 / 8 seater, just like today. But there will be added space, features, comfort for passengers. Quality of interiors will also be increased considerably, and so will the safety. Current Mahindra Scorpio scored a 0 star safety rating, when it was tested by Global NCAP. New Scorpio is expected to get a much better safety rating.

Speaking about the new engine, 2020 Scorpio will get a 2 liter diesel engine. This is the same engine which will also be on offer with other new gen Mahindra cars like the Thar and XUV500. But this engine will be tuned differently for different cars.