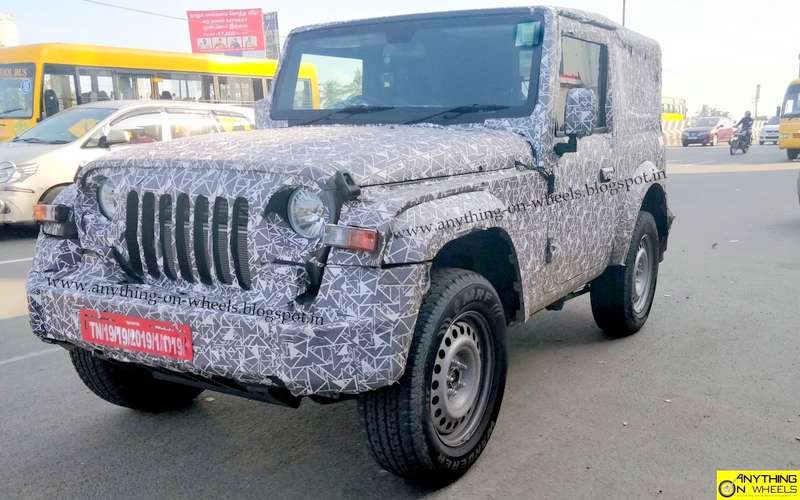 One of India’s most preferred off-roader, the Mahindra Thar is all set to get a generation upgrade soon. As per latest spyshots from Anything on Wheels, the next generation Mahindra Thar seems to be almost production ready.

The Thar has been on sale in the country since 2010 and had received mild updates and a minor facelift in the last few years. However, with the upcoming stricter safety and emission norms, Mahindra had no other option but to upgrade the current Thar.

Mechanically, the SUV will share its platform with the next-generation Mahindra Scorpio which too is undergoing testing currently. Apart from the platform, the Thar will also share its engine with the Scorpio. Under the hood, it is expected that it will have an all new BS-VI compliant 4-cylinder 2 litre turbocharged diesel motor which will churn out 120hp and 300Nm of max torque. 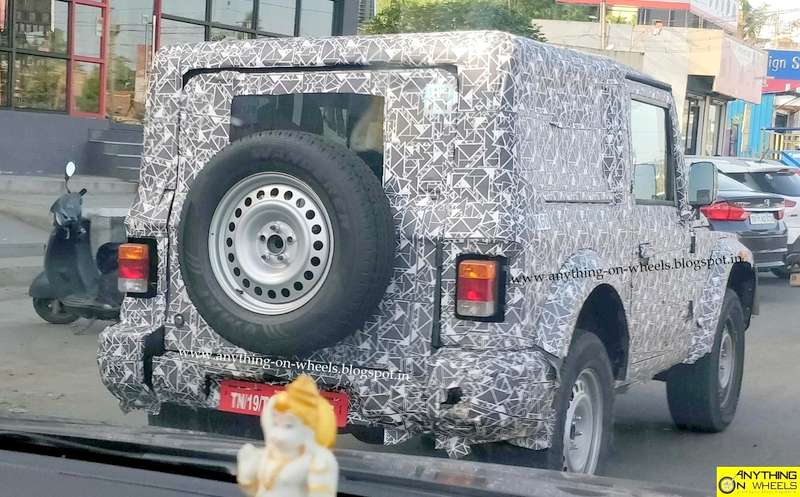 It will be bigger than the current Thar, in all dimensions. It will be longer, wider and taller. Wheelbase will also be longer. Ground clearance is also expected to be higher than that of current Thar’s 200 mm GC.

As far as transmission options are concerned, the Thar will mostly be launched with a 6-speed manual transmission however an AT is expected to be offered at a later date. Power transmission will happen to the rear wheels while the All-wheel Drive setting will distribute the power to all 4 wheels proportionately. Transfer case is expected to be brought in from Borg Warner. Depending upon the terrain, drivers will have an option to choose between high and low drive ratios.

Mahindra will mostly offer 2 variants of the Thar, a factory fitted hard-top variant and a soft-top variant, aimed more at the semi-urban/rural markets. The top-end variant will most likely offer features like a touchscreen infotainment system with Apple CarPlay and Android Auto connectivity, ABS, driver and passenger airbags.

There is also speculation that Mahindra might also introduce a petrol engine on the Thar, though there is no official confirmation. Overall, the 2020 Thar will be more of a global product and will probably be introduced in other international markets in the future.

The 2020 Thar is expected to make its debut in Q1 2020, potentially at the 2020 Auto Expo in February. Pricing of the top of the line trim will mostly be around INR 11-12 lakhs, ex-showroom. Just like today, competition of the Thar will be limited, majorly restricted to just the Force Gurkha.