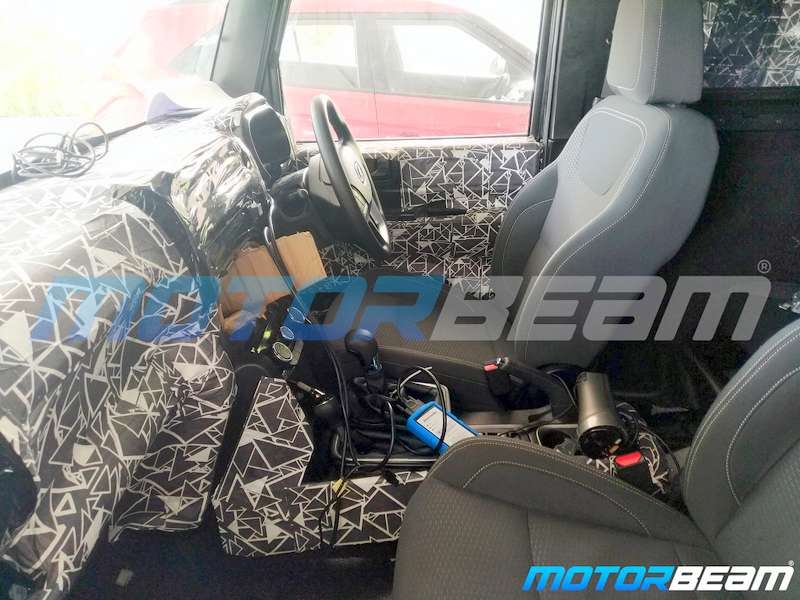 2020 Mahindra Thar has been busy testing across the country and the latest spyshots reveal the interior for the first time. Just as suspected, the next generation Thar adopts a conventional 5-seat configuration unlike its predecessor which employs longitudinally oriented seats.

While the forward facing rear seats certainly go a long way in improving passenger comfort, ingress and egress gets a bit tricky. The front passenger seat needs to be folded to access the rear bench. The spyshots also reveal the new improved front seats with proper side bolstering.

Mahindra wants the latest generation of its off-roader to be appealing not just for the driver but also the family members. While its not clearly visible, we hope that the rear windows could be opened to facilitate ventilation. 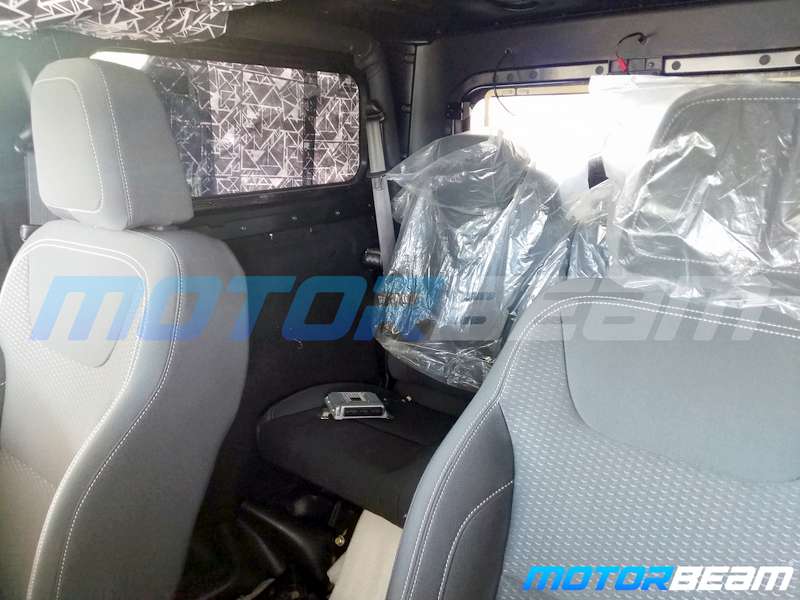 The dashboard is heavily camouflaged and still has a pre-production aura to it. The spyshots offer us enough info to understand that the dashboard is completely new with a lot of new components including the steering wheel which seems to have been borrowed from the TUV300. The centre console houses three knobs (AC controls) with chrome highlights.

The next generation Mahindra Thar will be based on an improved ladder frame chassis which would be compliant with the upcoming crash test norms. Needless to say, the new off-roader will be equipped with standard safety features like dual front airbags, ABS, reverse parking sensors, speed alert system, front passenger seat belt warning, etc.

The current Mahindra Thar is powered by an aging 2.5-liter CRDe diesel engine which is good for 105 hp and 247 Nm of torque. This engine is expected to be replaced by Mahindra’s new 2 liter diesel engine, which will also power the Scorpio and XUV500. On board Thar, this engine will be tuned to deliver about 120 PS. Scorpio will get a 150 PS tune, while XUV500 will get a 180 PS tune.

The 2020 Mahindra Thar will continue to have impressive off-roading capability as its USP but will have upmarket features and cabin to enhance its overall appeal. The vehicle will continue to lock horns with the Force Gurkha which is also currently undergoing a significant update. We expect the new Thar to be ready towards the end of this year or early next year.