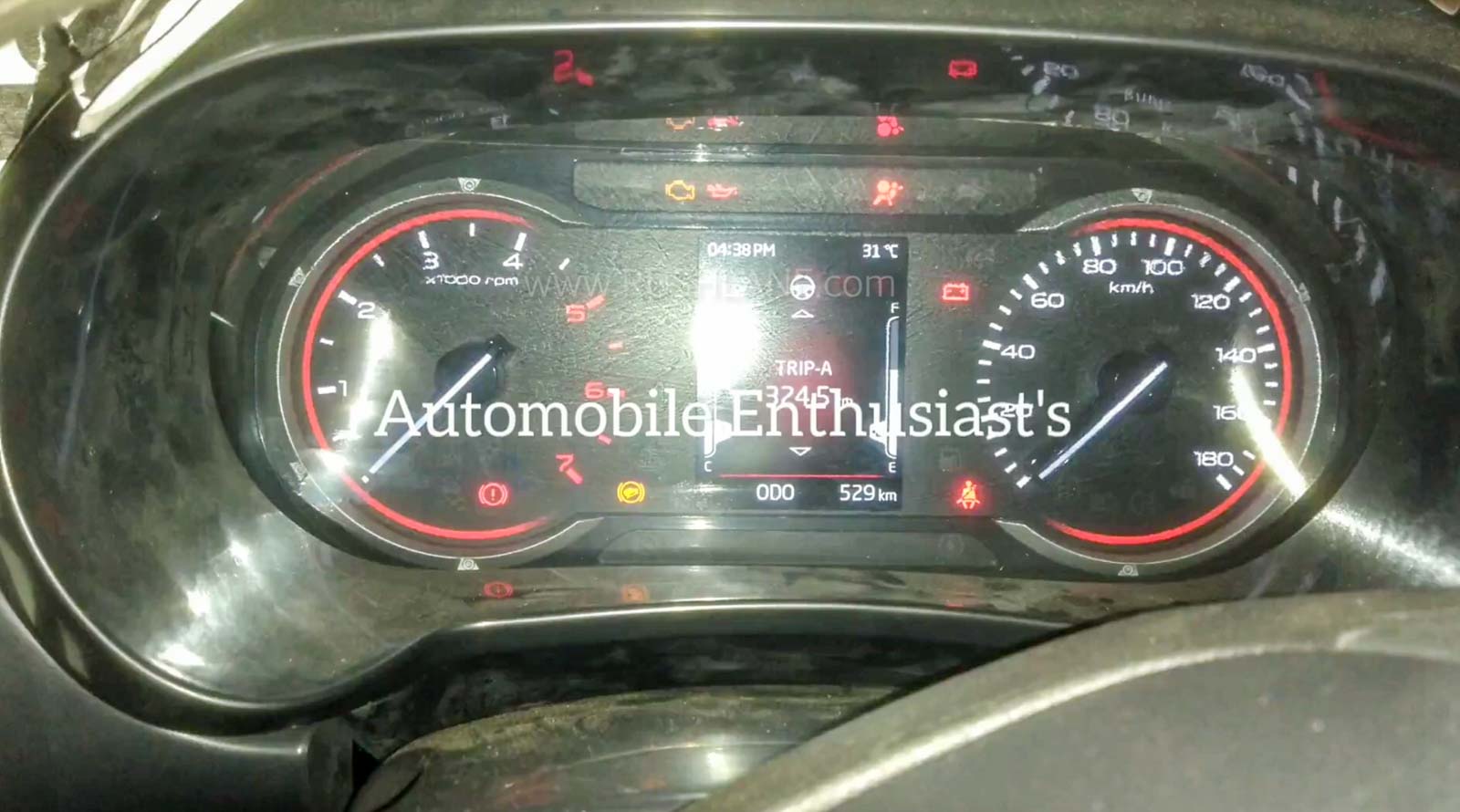 Till now, multiple test mules of Mahindra’s second generation Thar have been spotted on test across the country. However, the details have been majorly restricted to the exterior profile of the car. Now, a latest video shows off a near production-spec camouflaged Thar inside out.

The video details the cabin of the Thar and it gives us multiple confirmations. As per expectations, the Thar now gets a floating touchscreen infotainment unit. It also gets a factory-fitted hard-top, which is another update when compared to the Thar which is currently on sale.

The instrument cluster has also been replaced by a new one which coincidentally draws similarity with the one seen on the TUV300, however, both remain distinct. It gets two analogue dials and a digital display unit in the middle. Watch the detailed video of new Mahindra Thar below, credit to YouTube channel Automobile Enthusiast’s.

Customers will now be getting a FATC unit whose controls look way more premium than the AC controls of the current-gen Thar. Quality of upholstery used also looks good and it will help to add a premium feel to the off-roader. The gearshift lever has also been upgraded along with the 4X4 shifter. A folding key fob further adds to the feel-good factor of the vehicle.

On the outside, the most prominent change is how the SUV’s look has been modified to look more majestic. Even in dimensions, the SUV has grown, which will further enhance its road presence. Spyshots also confirm that all 4-wheels will be getting disc brakes.

Under the hood, Mahindra will be offering a new BS6 compliant 2 litre diesel motor which will be shared with the next-gen Scorpio and XUV500. Transmission options will include a 6-speed MT and probably an AT which might be launched at a later date. On the safety front, Thar will be getting ABS with EBD, parking sensors and two airbags as standard.

In the country, Thar is almost synonymous with true 4X4s. Since its launch, it has received one update back in 2015. With the generation upgrade, Thar will become more premium on the inside while retaining its off-roading character on the outside. Launch is expected to take place in Q1 2020, most probably at the Auto Expo next month.