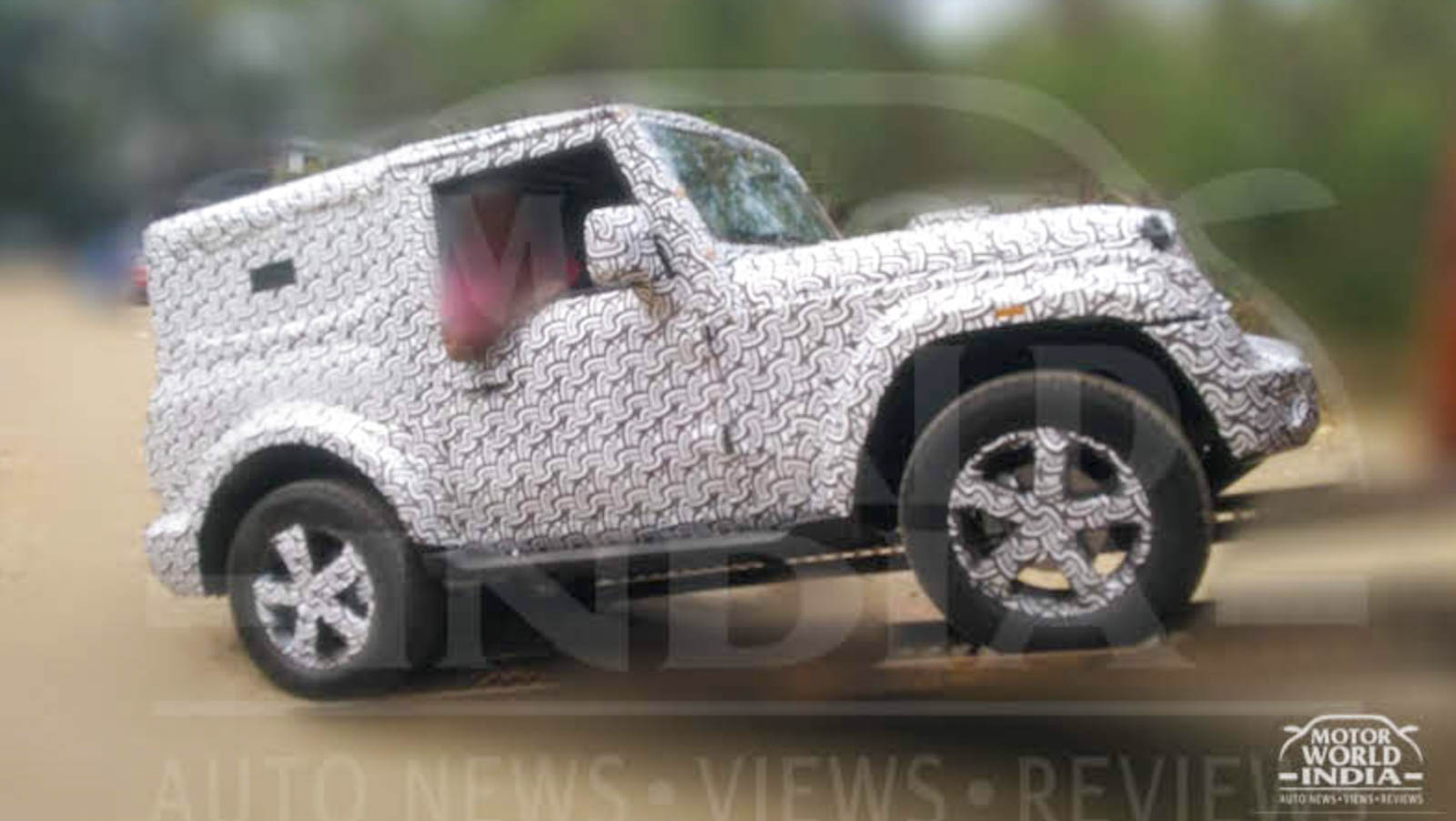 2020 Mahindra Thar has been seen on test on a number of occasions, each time drawing attention to a different feature. But this time, thanks to automotive enthusiast Arya Borade / Motor World India, the new gen Thar production ready variant has been spied in detail.

The images were clicked when the new Thar was getting off-loaded from a trailer / truck. From the design elements, on the inside as well as on the outside, it is clear that this is the final production ready Thar, which will soon launch in India with BS6 engine.

Seen here is a 2 door variant of the new 2020 Thar, which will be offered in soft top as well as hard top. This time around, hard top will come as a company fitted option, and not like a dealer fitment / accessory. 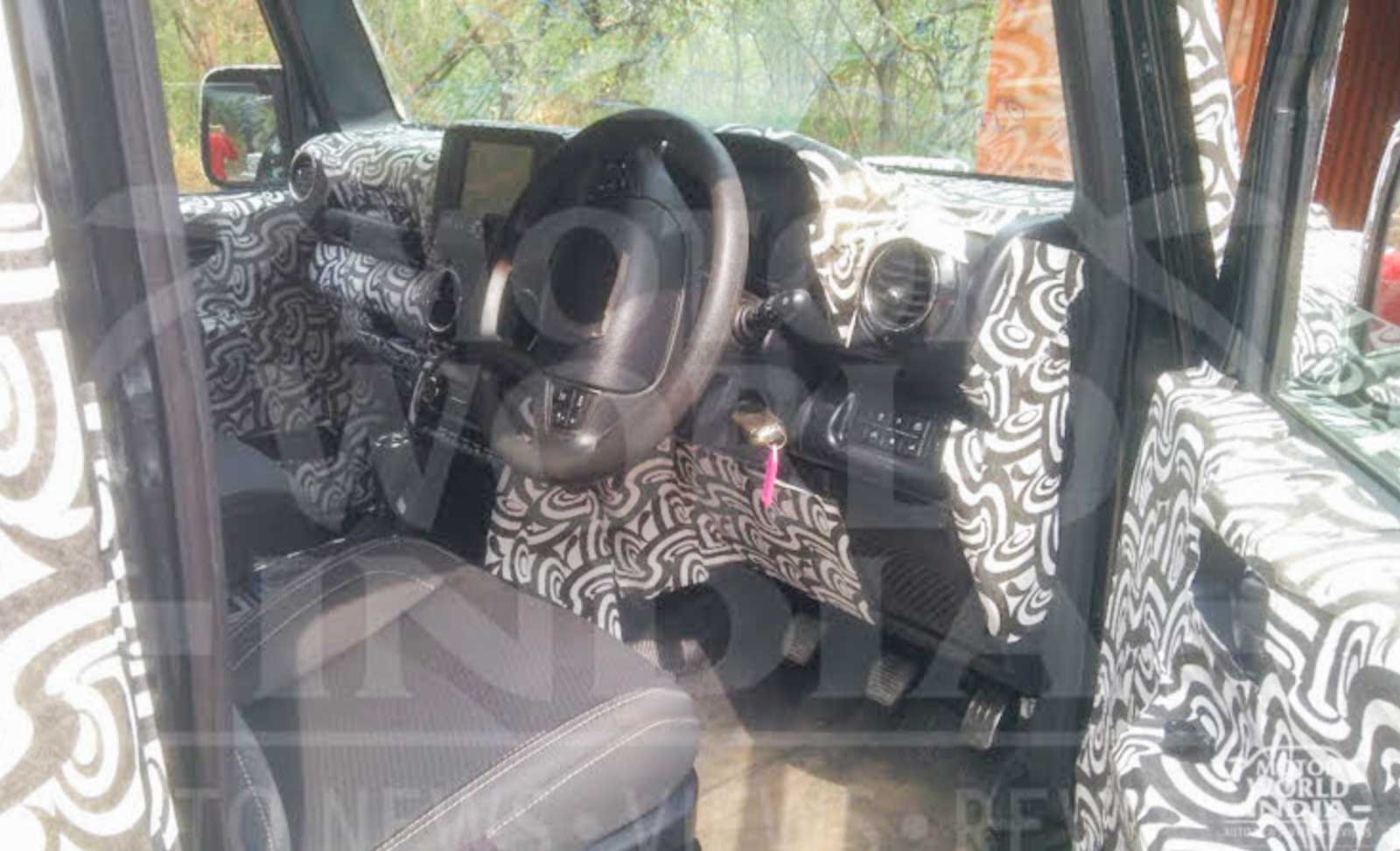 2020 Mahindra Thar rides on larger alloy wheels with rims in a 5 spoke design. These are most likely fitted with 235 or 245 section tyres; showing off the Thar in a more rugged stance.

Overall, the new Thar SUV appears to be both wider and longer as compared to the current version. It is underpinned by a new ladder on frame chassis, which is much stiffer and stronger than the current Thar chassis. This will contribute to better driving dynamics along with improved crash safety.

Where the top end variants are concerned, the interiors get front facing rear seats – which will also offer better support as compared to the side facing bench seats see on its current model. The lower end variant will continue to get a soft top and side facing seats.

Infotainment on the 2020 Mahindra Thar will see a new touchscreen unit with Android Auto and Apple CarPlay. Additional features will include front power windows, manual HVAC, fabric seats and steering mounted controls. It will sport safety features such as high speed alert, front driver and co-driver seat belt reminder, rear parking sensors and ABS with EBD as standard across all variants.

2020 Mahindra Thar will be powered by a new BS VI compliant 2.0 liter diesel engine. This engine is expected to offer 140 PS power and 320 Nm torque via a 6 speed manual gearbox. This is the same engine that will also power the new gen 2020 variants of Scorpio and XUV500, but in different states of tunes. There could also be the current 2.5 liter diesel engine on offer; which could power the lower variants but in BS VI format.

With these feature and engine updates, the 2020 Mahindra Thar could carry a higher price tag as compared to the current Thar, which is priced from Rs.9.99 lakhs. It could hence be priced closer to the Rs.10.5 lakh mark and will rival the likes of Force Gurkha once launched in the country.