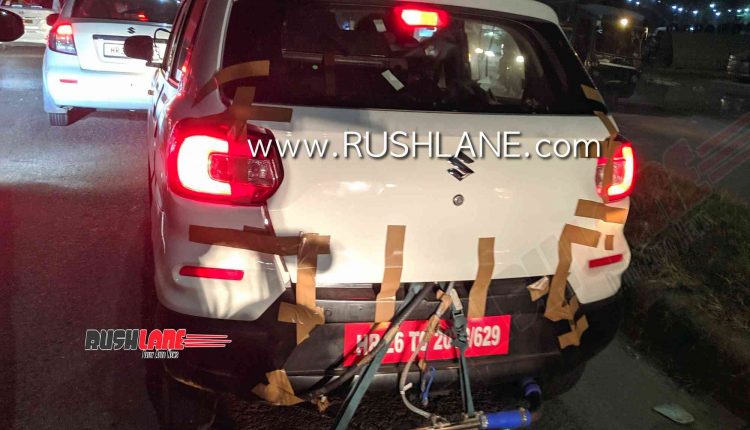 The recently launched Maruti S Presso has been having a strong run since its launch, thanks to its already BS6-compliant engine and the festive season. Maruti is not done with its micro crossover as a CNG variant and a more powerful 1.2-liter petrol variant is in the works.

A Maruti S-Presso test mule with on-road emission testing rig has been spotted doing rounds, suggesting that the CNG variant is being tested. The boot hits that there is a cylinder placed at the back in this test mule. Images are credit to automotive enthusiast Paarth Khatri.

The Maruti S-Presso’s current 1.0-liter petrol engine is tuned to deliver 67 hp and 90 Nm of torque. The 2020 Maruti S Presso CNG BS6 variant will deliver less power and torque in comparison. Boot space will be compromised, as the CNG cylinder will take the said space, as is seen in the spy shot below. 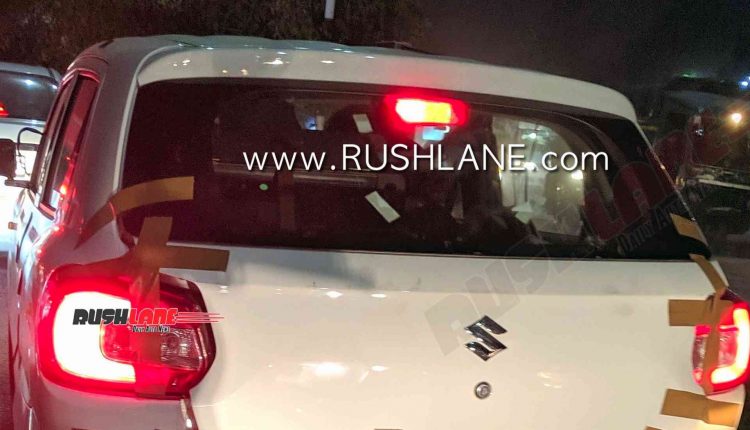 Govt of India has promised to push CNG vehicles, as they create far less pollution as compared to petrol and diesel cars. As many as 10,000 CNG fuel stations will be opened in India in the coming years, to make CNG cars even more viable than they are today. Maruti Suzuki is working on launching all their small cars with CNG option, including S-Presso.

In the wake of VW dieselgate, ARAI (Automotive Research Association of India) is working on a compliance test routine that would involve testing on-road emissions (under real driving conditions rather than on a stationary dyno) at various stages of a vehicle’s age.

Such a test would not only keep the OEMs honest about the emission levels of their vehicles but would also ensure long term compliance as well. So, we are expecting to see a lot of test mules on our roads with exhaust tube connected to the boot-mounted test rig.

Maruti is also expected to launch a more powerful variant of S-Presso. The 1.2-liter motor which is already available in BS6 avatar on board the Swift, Dzire and Baleno is rated at 82 hp and 113 Nm of torque. The more powerful variant would help the S-Presso appeal to a wider audience base. Like the smaller engine, the 1.2-liter unit is also expected to be available with standard 5-speed manual transmission and an optional 5-speed AMT.

For the first time in seven years, Maruti Suzuki managed to register a positive YoY growth in October at 2.3%. The S-Presso sales for the month were over 10k units, beating sales of Brezza. With all price segments steadily gravitating towards crossover bodystyle, the S-Presso is touted to take over the Alto’s place as Maruti’s cash cow in the small car segment.