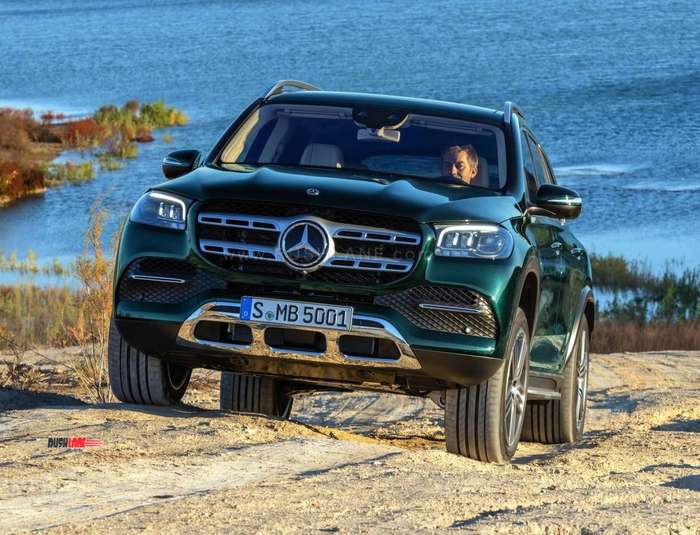 Mercedes has unveiled the next-gen GLS, which is now bigger, more luxurious, has two new engines, and packs in an assortment of nifty features. Available in two trims, GLS 450 and GLS 580, these are among the largest vehicles in Mercedes SUV portfolio. All-new Mercedes-Benz GLS can easily accommodate up to 8 people, all while offering the best in comfort and luxury.

This time around, Mercedes has chosen to do away with the sharp lines on GLS, so as to give it a clean profile. This has also helped improve the SUV’s aerodynamics, which now has a drag coefficient of 0.32Cd. Edges too have been smoothed for a more rounded off appearance. Interiors are bathed in luxury, featuring leather-wrapped elements with classic white stitching and chrome accents.

Most prominent feature though is dual 12.3-inch screens that occupy almost 2/3rd of the dashboard. This may not look as grand as Tesla’s cascading touchscreen, but it’s certainly safer, as the driver does not have to take their eyes off the road. The screen directly in front of the driver functions as the instrument panel while the adjacent screen works as the touchscreen infotainment system. 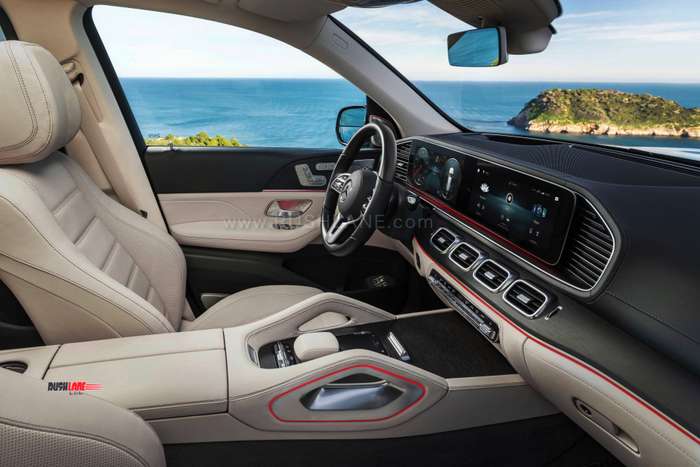 All-new GLS has Mercedes’ proprietary MBUX system that supports touch and voice commands. It works well in most parts, but getting the system to interpret voice commands can be tricky sometimes. The other issue is with the third-row seating that does not have manual fold option. It folds automatically at the press of a button, but takes its own sweet time, which can be a bit annoying.

Powering GLS 450 is a turbo 3.0L inline-six engine that generates 362 hp of max power and 500 Nm of max torque. For even more power, try GLS 580 with its 4.0L twin-turbo V8 engine that generates 483 hp and 699 Nm. With EQ Boost assist system, both variants get extra 21 hp when there’s a need for rapid acceleration. Both engines are mated to 9-speed automatic transmission and 4Matic all-wheel drive. GLS 450 and GLS 580 can reach 0-60 miles per hour in 5.9 and 5.2 seconds, respectively.

Other key features on-board third-gen 2020 Mercedes GLS include massaging seats, ambient lighting, and personalized climate control. It also gets a unique car wash mode that automatically folds the side mirrors and raises suspension for proper cleaning. Even the 360° camera can be activated to see what’s happening at the car wash. Below is a detailed photo gallery of the GLS, which is expected to launch in India later this year for an expected price range of Rs 85 lakh to Rs 1 cr.