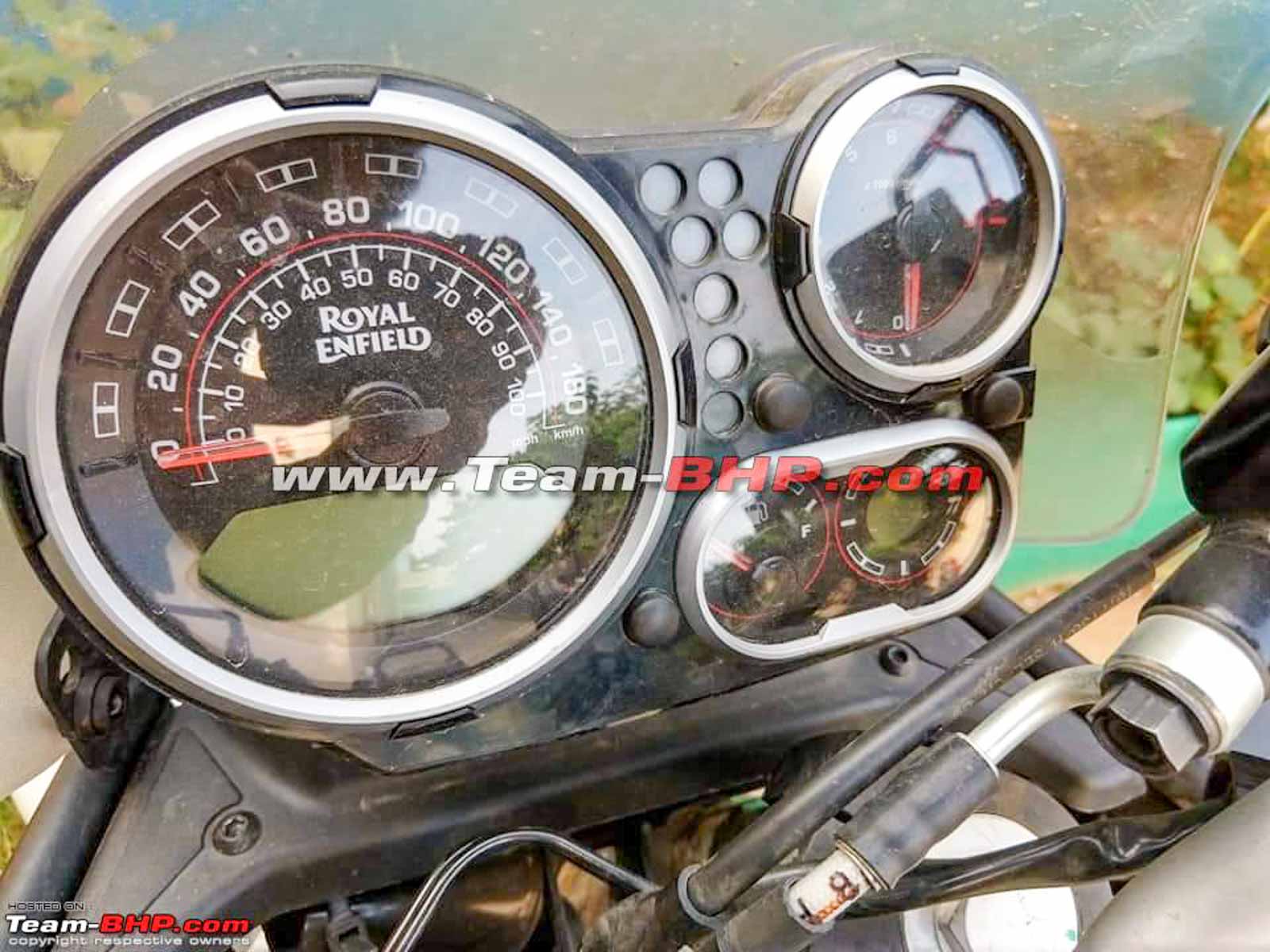 A production-spec prototype of 2020 Royal Enfield Himalayan BS6 has been spotted up close recently, revealing the minor changes. While the styling remains unchanged, the medium displacement adventure tourer receives minor tweaks to the instrument console which features new graphics for the dials, two additional tell-tale lights (seven against five on the older model) and an additional switch.

It is being speculated that the additional switch is to turn off the ABS during off-road applications. The motorcycle in the spyshots also sports a slightly longer windshield.

There are no other noticeable visual changes. From earlier pictures, we know that the 2020 Royal Enfield Himalayan will be receiving new dual-tone color themes with white as primary color and Lake Blue, Rock Red and Gravel Grey as secondary accents. 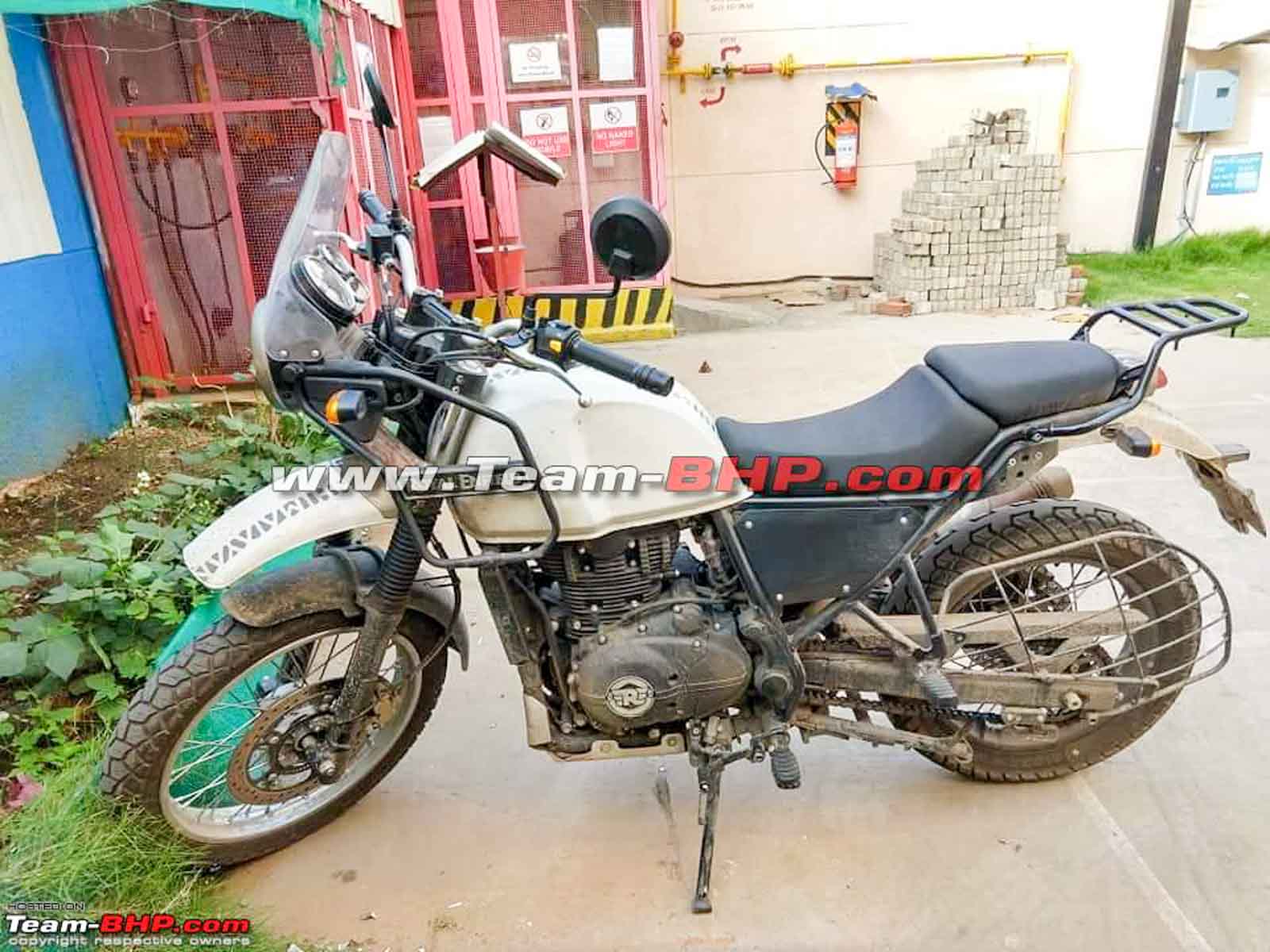 The 411 cc single-cylinder air/oil-cooled engine will receive tweaks to make its emission performance in-line with the upcoming BS6 regulations. In its existing state of tune, the motor produces 24.5 hp and 32 Nm of torque when mated to a 5-speed gearbox. The BS6 update is likely to alter the output figures a bit but there shouldn’t be any noticeable difference in real-world performance.

Rest of the mechanical setup will be retained without much changes. The adventure tourer is underpinned by a split-cradle frame which is supported by a 41 mm telescopic front fork and a rear monoshock. The off-roader is equipped with 21-inch front wheel wrapped with 90/90 section tyre and 17-inch rear unit (both spokes) wrapped with 120/90 section tyre.

The Royal Enfield Himalayan will soon face a stiff challenge from the KTM 390 Adventure which has more power and better equipment. With KTM’s history of aggressive pricing, we can expect the 390 Adventure’s price point to be enticingly close to the Himalayan’s territory. Such a move would tempt a good chunk of the RE adv tourer’s prospective customer base.