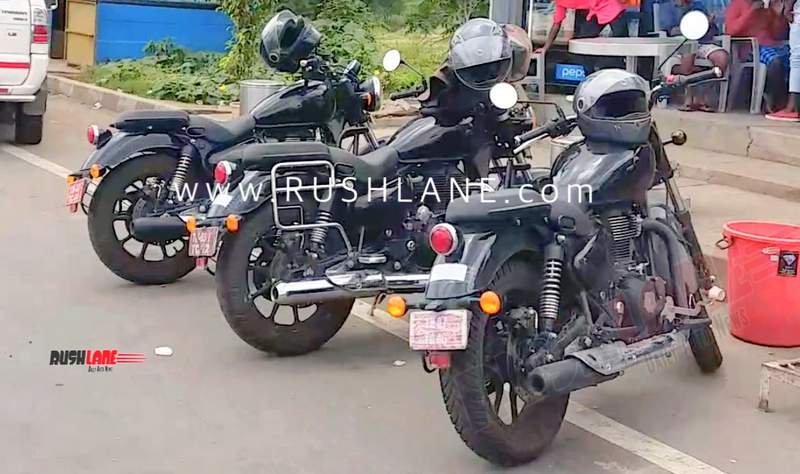 A fleet of 2020 Royal Enfield Thunderbird X prototypes has been spotted catching a break during a test run in Pondichery. Images were clicked by automotive enthusiast Arjun. The Chennai-based two wheeler maker is busy validating its all-new range of mass market medium displacement motorcycles based on modular J platform.

So far, we have seen Classic and Thunderbird X prototypes in public. The new platform is expected to spawn next gen Bullet Electra and regular Thunderbird cruiser variants eventually if not from day one.

Out of the three prototypes, the middle-one is accessorized with chrome silencer, chrome saddle stays and a windshield visor. The close up spy shots of stationary prototypes gives us an opportunity to have a closer look at the visual differences between the 2020 Royal Enfield Thunderbird X and its predecessor. 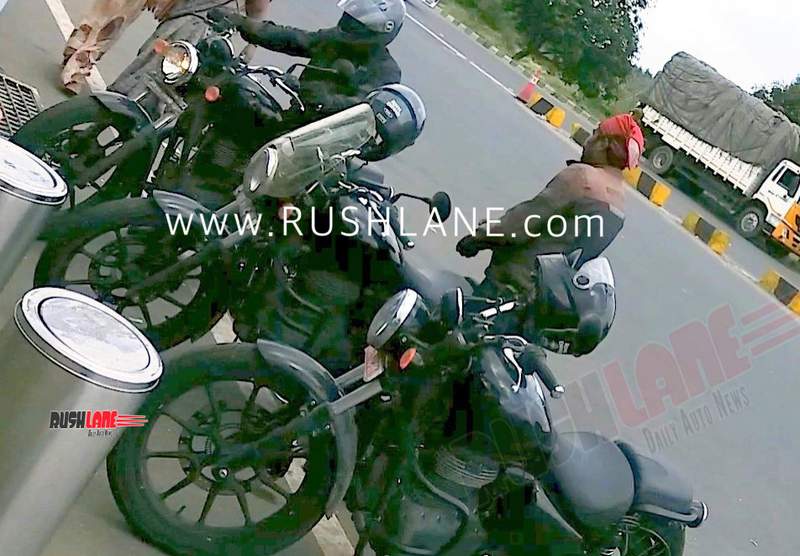 Though the general character of the sporty cruiser has been retained, every panel is new. The fuel tank on the new motorcycle looks sleeker to start with. Other noteworthy changes include new side panels, a single-pod instrument cluster, split seats, new alloy wheel pattern on the front wheel, revised rear fender with circular taillight, and turn indicators which are mounted lower than before.

The black finished powertrain unit also features new crankcase. It appears that the layout of gearbox has been changed as evident from the change in location of the chain drive (its on the left side of the rear wheel now and disc brake is mounted on the right side). All the three prototypes are equipped with rear-disc brake, suggesting that it is a standard equipment along with dual-channel ABS.

In terms of technical specifications, not much is known about the new Royal Enfield range of retro classic motorcycles. Both 350 and 500 cc engine variants are expected to be on offer with standard electronic fuel injection to comply with the upcoming BS-VI norms. Both variants are expected to have marginally higher outputs and improved fuel economy.

Royal Enfield has roped in quality experts from Japan to improve its new products with a holistic approach. The company is aiming to improve reliability and reduce cost of ownership by enhancing maintainability.

We expect to see the 2020 Royal Enfield Thunderbird to be launched sometime before April 2020.