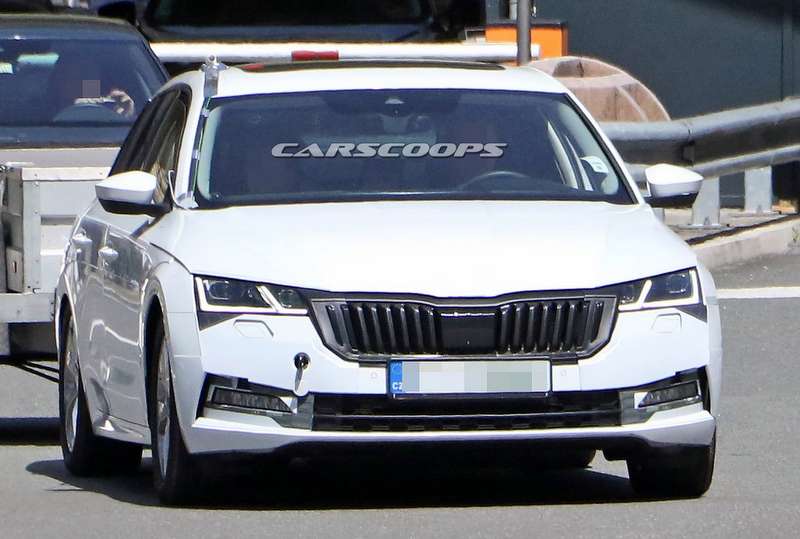 The current generation of the Skoda Octavia has been in the market since 2013 and the Czech automaker has started road-testing the next generation model. The Octavia happens to be Skoda’s best-selling car across the globe and the moniker will be celebrating its 60th anniversary this year.

Ahead of the unveil of the next-gen Octavia, spyshots of the car have started to surface on the internet. The latest ones are from the Alps and reveal how the fourth generation Skoda Octavia will look like, inside and out,

The car spied on test was a station wagon variant and didn’t have the conventional camouflage around it. Instead, Skoda had smartly covered the car in body-color tapes, masks and fake panels, making it even more difficult for auto-enthusiasts to identify it as a test-mule. 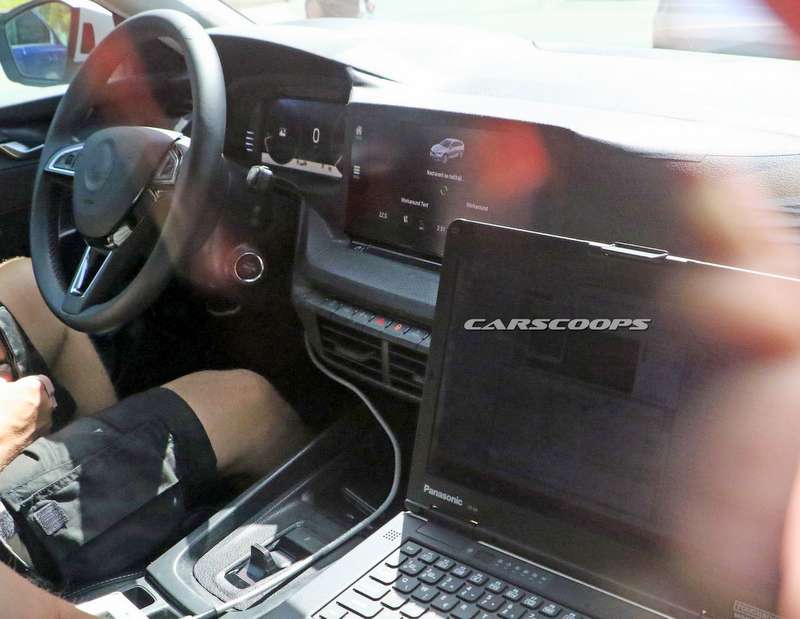 The headlamp cluster reveals that the Octavia will have a conventional uninterrupted LED DRL setup, unlike the one in the previous generation which had a split headlamp design. The tail-lamps too have been smartly covered in camouflage, but if you look closely, you can figure out that now the tail-lights extend into the tailgate.

As far as overall proportions are concerned, the car looks a little larger than the current generation. This can partially be attributed to the additional cladding and masking however we will get more certainty once more details start to surface, something which we look forward to! The global unveil can potentially happen at the Frankfurt Motor Show in September or probably in October, after VW premiers the next-gen Golf.

2020 Skoda Octavia is built on an updated MQB platform, which is also used by VW Golf and Audi A3. The test mule spied here, gets an all black dashboard, with a large tablet like touchscreen infotainment system. The instrument console is also all digital. Below the center screen, there are a lot of push-down buttons placed horizontally. Some of the visible buttons are start / stop, electronic parking brake and a unique gear selector system.

It is too early to comment about when will the new Octavia will come to the country, however considering Skoda’s commitment in the Indian market, a launch is almost certain. Talking about the segment, it lacks sizeable demand and used to manage a combined sales of around 500-600 units. Considering that it will be introduced in 2020 or a little later, Skoda will have to make the Octavia BS-VI emission norms compliant. Once launched, it will continue to compete with the likes of the newly launched Honda Civic, Toyota Corolla and Hyundai Elantra. More spy shots can be seen at Carscoops.