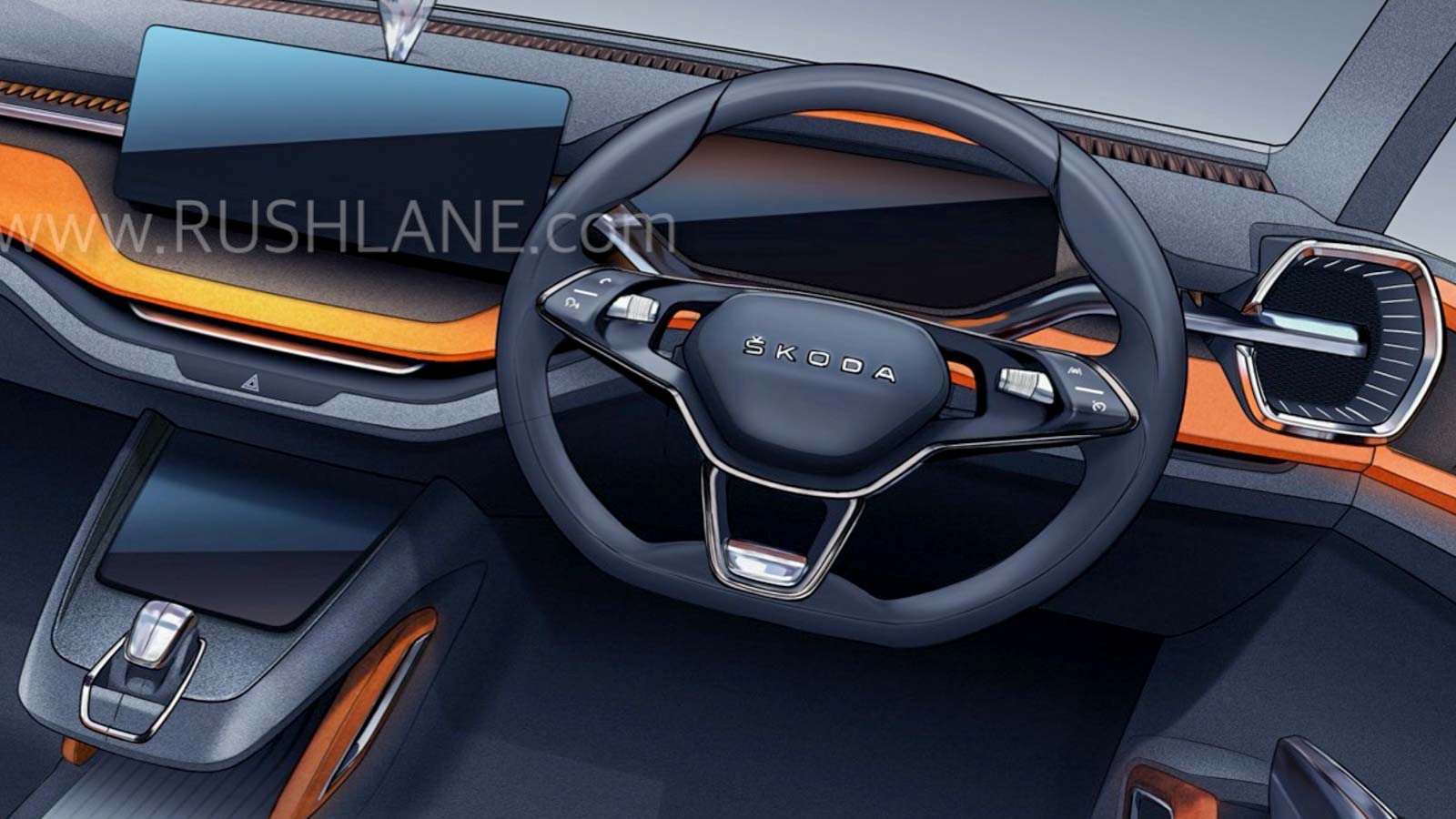 Skoda India today revealed the first official interior sketch of their new compact SUV. Set to make its debut as a concept at the upcoming 2020 Auto Expo, this new SUV is named – Skoda Vision IN Concept.

Measuring 4.26 meters in length, this new Skoda SUV for India is expected to be based on the Kamiq SUV, which went on sale in the international market earlier this year. Kamiq SUV is 4.24 meters long.

Developed for the Indian market, this new 2020 Skoda Vision IN SUV is the first ever VW Group car which has been developed on the highly localized MQB A0 IN modular transverse matrix platform. This will allow Skoda to price the car aggressively, so that the car can compete with the likes of Hyundai Creta, Kia Seltos, etc.

Speaking about the sketches, Skoda says, “The sketch shows a wide dashboard arranged on several levels, which echoes the symmetrical contours of the ŠKODA grille in the centre. The colour orange, which inspires vitality and creativity, is used extensively throughout the interior, for example, on the centre armrest and door panels. The chrome-plated ventilation nozzles on the side are also eye-catching, with fine ventilation louvres spanning almost the entire width of the instrument panel.

Not much is revealed apart from this. Over the course of next few days, leading up to the Auto Expo, Skoda India will reveal more details. Speaking about the Kamiq SUV, on which this new SUV for India is based – Skoda Kamiq is based on MQB A0 platform. It will measure 4,241mm in length, 1,793mm in width and 1,531mm in height. Boot space will be at 400 liters which can be increased to 1,395 liters with rear seats folded down.

With Kamiq positioned as a city SUV, a combination of a sports utility vehicle and a compact car, it will get large roof rails and a high ground clearance. It also gets a chiseled tail gate, muscular rear bumper and large silver inserts acting as skid plate. It gets 18 inch alloys.