Launch of the facelifted Toyota Innova Crysta in India is expected by later this year, or early next year 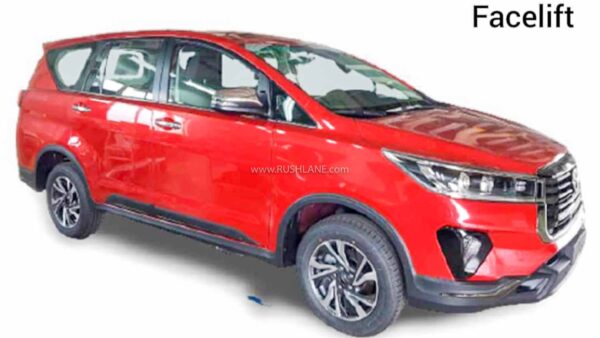 Arriving soon in India and other South East Asian markets, Toyota Innova facelift will come with cosmetic enhancements and an updated list of features. It will first debut in Indonesia, where dealer dispatches have already begun. Innova is currently in its second generation and its mid-life update comes at the right time to keep it relevant to market trends and evolving customer expectations.

First images of the updated Innova were leaked a few days ago. Now, top of the line Facelifted Innova Touring Sport variant has been leaked. Apart from getting the design updates, facelifted Touring Sport also gets chrome treatment on the ORVMs, new alloys, glossy black housing for the fog lamps.

It also gets revised lower bumper with extra black bits, chrome has been removed from the under door side sills, and a thicker chrome has been added to the front grille. Below is a photo comparison of old vs new Innova Crysta Touring Sport. Images are credit to Indra Fathan.

While the core silhouette has been retained, new Innova has more refined looks in comparison to old Innova. Starting with the front, the grille design has been completely refreshed. With a uniform design format for the horizontal slats, the new grille looks a lot more polished and clutter free. Thick chrome strips on the borders further enhance the overall look and feel of the updated grille. Toyota logo is placed at the top section of the grille, in alignment with the headlamps.

In comparison, the grille on old Innova has a more complicated structure with three different sections. The top portion has two broad chrome strips with Toyota logo, aligned with the headlamps on either side. Mid-section has a thick horizontal slat whereas the lower section has three horizontal slats with much thinner width. Toyota has done well to transform this complex structure with something much simpler and more attractive, as can be seen on new Innova. 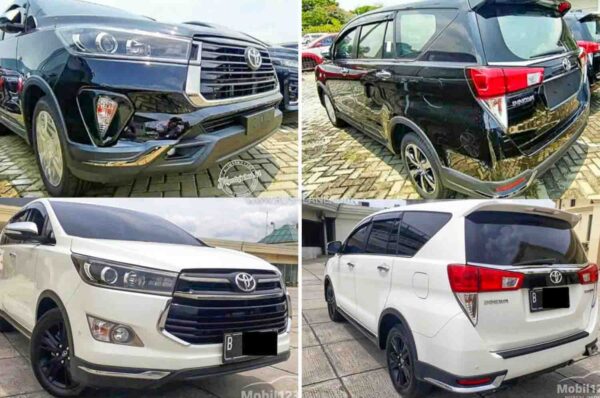 Side profile is largely the same for both new and old Innova. The only exception could be alloy wheels, which could be updated. At the rear also, most design elements are same as earlier. Only the boot window has been updated with curvy corners that looks more soothing to the eyes in comparison to the sharp-edged, rectangular boot window of old Innova. 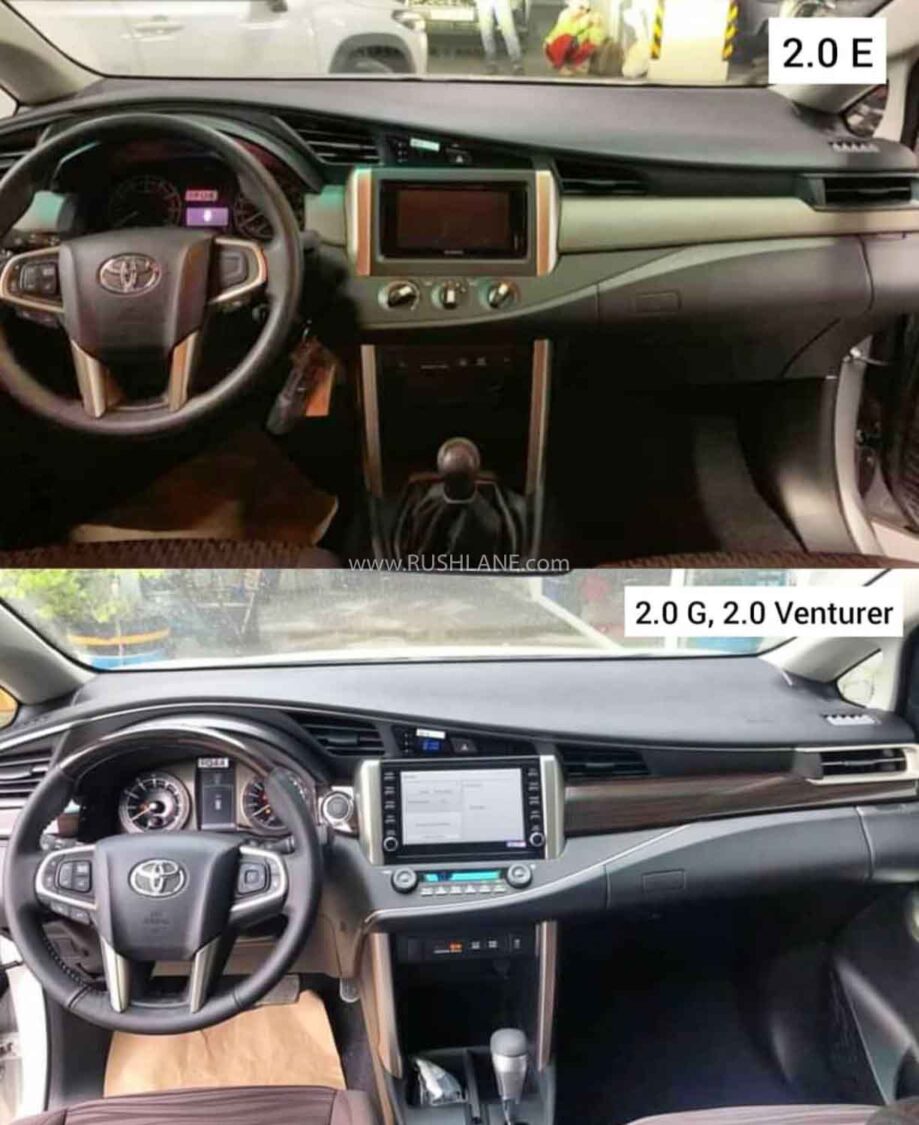 Talking about interiors, new Innova is expected to carry forward most of the basic layout and theme of old Innova. However, the features list could be expanded to include things like improved upholstery, electrically adjustable front seats, wireless charging and 360° surround view camera. New Innova is also expected to get a larger touchscreen infotainment system with Apple CarPlay and Android Auto.

Toyota has already updated Innova to BS6, so engine options will be the same as the current model. The 2.7-litre petrol engine makes 166 bhp / 245 Nm whereas the 2.4 litre diesel mill churns out 150 bhp / 343 Nm. Transmission options include a 5-speed manual and 6-speed automatic for both engines. Current Innova is available at a starting price of Rs 15.66 lakh. New Innova could witness a price bump, but it will only be marginal.