Unlike the case of the scooters, the Japanese two-wheeler brand did not share anything important about the Yamaha MT15 such as its price details and updated specifications. Now, the peak power figure has been leaked ahead of the company’s official announcement.

The Yamaha MT15 is essentially the naked version of the popular faired motorcycle, Yamaha R15 V3. Even though both motorcycles share the same power plant (with similar output), components such as sprocket, swingarm, etc. on either product are slightly different to suit two individual riding characteristics.

The main highlight of both motorcycles is Yamaha’s Deltabox chassis frame. As per reports, the BS6 Yamaha MT15 gets a reworked secondary reduction gear to improve initial acceleration. In the current BS4 avatar, the Yamaha MT-15 makes 19bhp and 15Nm of torque, from its 155cc liquid-cooled single-cylinder engine with VVA (Variable Valve Actuation). A 6-speed gearbox does the transmission duties via a slipper clutch. 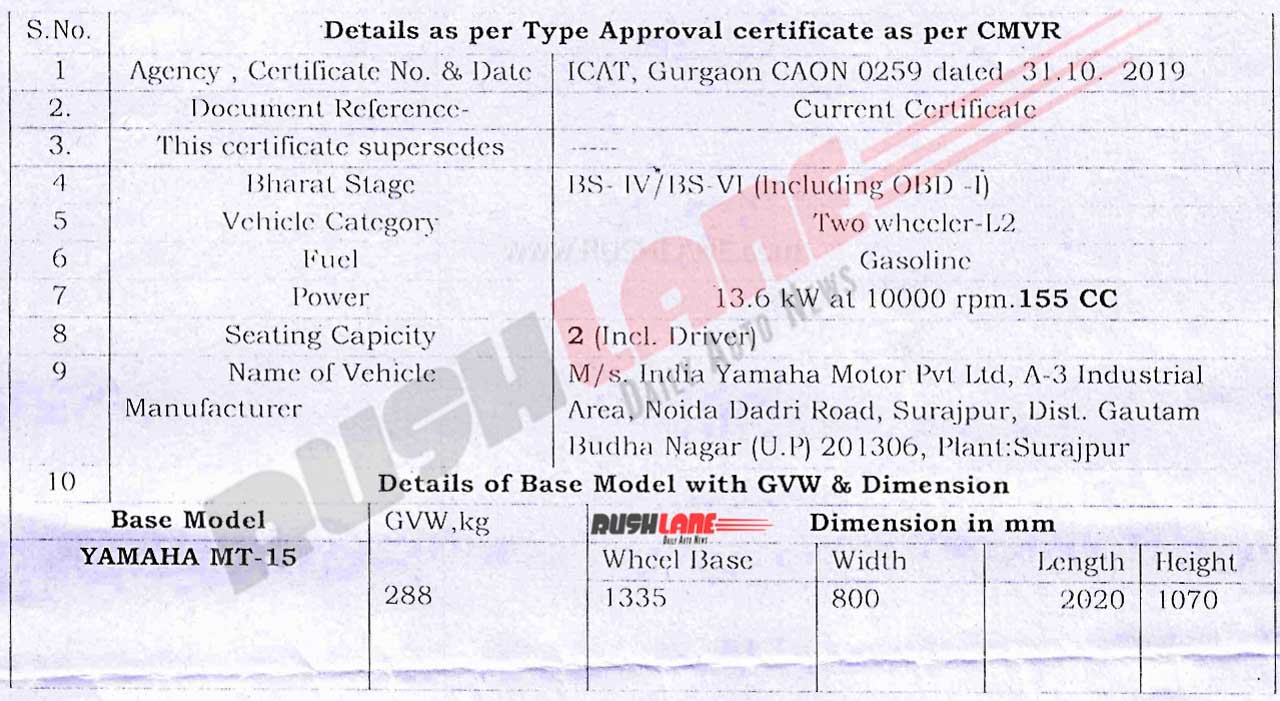 The BS6 version of the Yamaha R15 V3 was launched last month and fans were disappointed by the motorcycle’s output. Compared to the BS4 version, the figures have come down to 18.3bhp (or 13.6kW) and 14.1Nm; a slight dip, but concerning enough. As expected, this is the same power output for Yamaha MT15 BS6.

Many two-wheelers that were updated to BS6 emission standards faced lower power figures for the sake of being cleaner. The primary reason for this is that the exhaust and fuelling systems have to be reworked to an extent as to which it becomes synonymous to ‘choking the engine’.

Other features such as the full-LED headlamp and taillamp, LCD instrument console, single-channel ABS, etc., is carried over from the outgoing model. The Indian-spec MT-15 makes use of conventional telescopic forks while the models available in certain other Asian markets get USD forks.

The Yamaha MT-15 is currently sold at approximately Rs 1.36 lakh ex-showroom and the BS6 version is expected to cost around Rs 5,000 extra. The naked sports motorcycle primarily rivals the likes of the KTM 125 Duke. Even though ‘155cc’ may sound a bit unimpressive, the Yamaha MT-15 (and the R15) can easily compete with motorcycles with almost 100cc more.