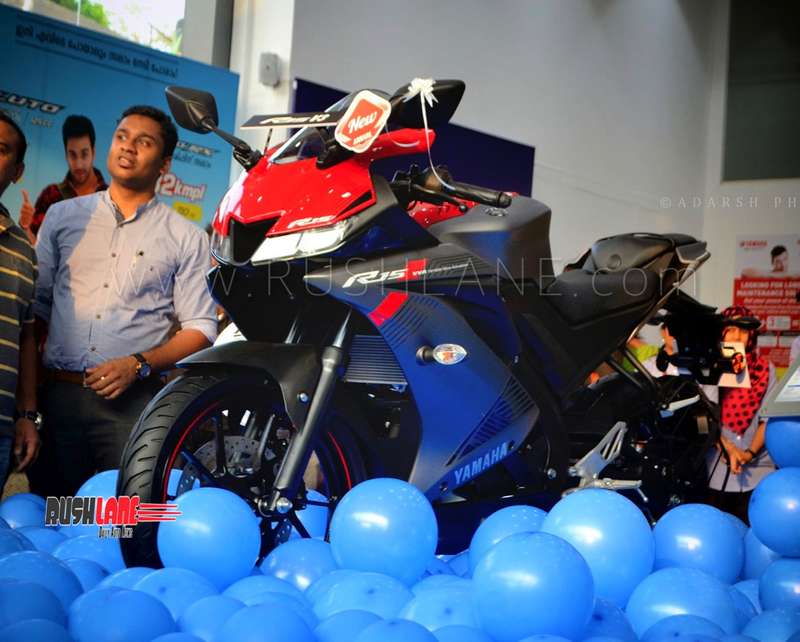 With BS6 implementation date nearing, all car and bike makers in India are getting ready to update their products. What started with Hero MotoCorp being the first to announce the BS6 compliant Splendor iSmart, was soon followed by Honda introducing the BS6 Activa 125. The same is now extended to other bike makers as well.

Specs of the upcoming BS6 compliant Yamaha R15 V3, FZ and FZS have leaked. All three bikes are expected to launch in the coming weeks in India. Considering that Yamaha had earlier announced that its range of BS VI compliant two wheelers would start from November 2019, one can expect the motorcycles to launch next month.

Where engine specifications are concerned, the leaked spec sheet shows that the BS VI Yamaha YZF-R15 V3 155cc, fuel injected engine will now offer 13.7 kW/ 18.64 PS peak power as against its BS IV engine which offered 14.2 kW/19.3 PS peak power. The engine will be mated to a 6 speed transmission and will receive Variable Valve Actuation technology along with assist/ slipper clutch system. 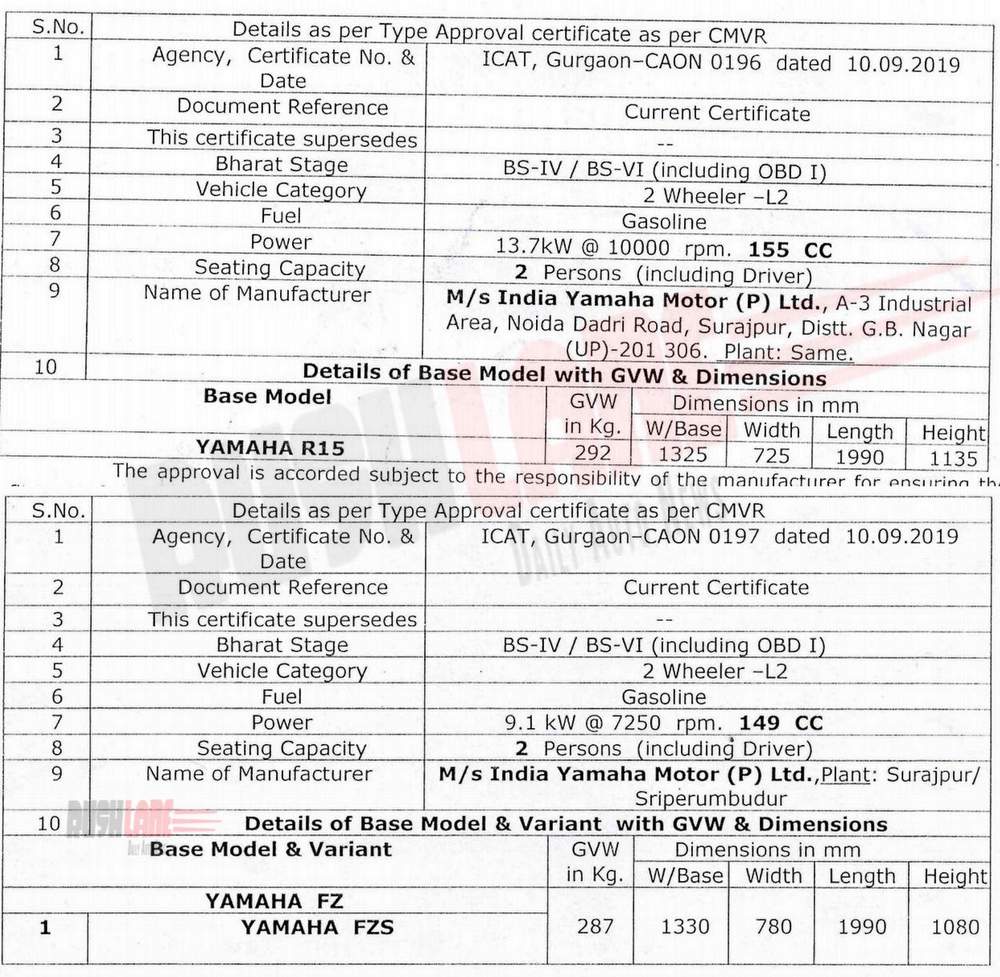 Suspension and braking will also see no change and will continue to see conventional telescopic fork in the front and monoshock at the rear and disc brakes on both wheels. Dual channel ABS will be a part of its safety equipment.

Speaking about the specs of other two bikes, BS VI compliant FZ and FZS will be powered by the same 149cc, single cylinder, air cooled, 2 valve, SOHC engine. But it will offer lower power at 9.1 kW or 12.4 PS as against the BS IV compliant engine which made 9.7 kW or 13.2 PS peak power. The engine would continue to be mated to a 5 speed gearbox. Suspension and braking will be via telescopic fork in the front and monoshock at the rear and disc brakes on both wheels.

Upgradation to BS VI norms will see a 10-15 percent increase in prices of the three motorcycles. Yamaha FZ and FZS are currently priced at Rs.96,680 and Rs.98,680 respectively. R15 V3 is the most expensive of them all, which recently got a price hike as well. Price of R15 V3 starts in the region of Rs 1.41 lakh. All prices are ex-sh.

To clear out BS IV stocks of the Yamaha FZ series, the company is offering festive discounts and benefits upto Rs.8,280 on the two motorcycles. Demand for R15 V3 is high, which is why there are no discounts on offer.