The 2021 Ducati Multistrada V4 has entered production at the Audi-owned sportsbike marque’s Borgo Panigale facility near Bologna, Italy. In its fourth generation, the popular adventure tourer ditches the L-Twin motor in favor of Ducati’s new V4 unit. The all-new adventure tourer will make its world premiere on November 4.

The fourth-gen Multistrada V4 is claimed to be the first production-spec motorcycle to be equipped with front and rear radar technology. In 2016, Ducati worked in collaboration with the department of electronics, information and bio-engineering at Politecnico di Milano, Italy’s leading technical university, on rider aid systems. Four years down the line, Ducati has brought a comprehensive radar-based rider assistance systems to the market in association with Bosch.

The radar system on board the 2021 Ducati Multistrada V4 involves two compact radar units 70 x 60 x 28 mm, roughly the size of a modern action camera. Each unit weights around 190 grams and integrates neatly into the motorcycle’s bodywork. 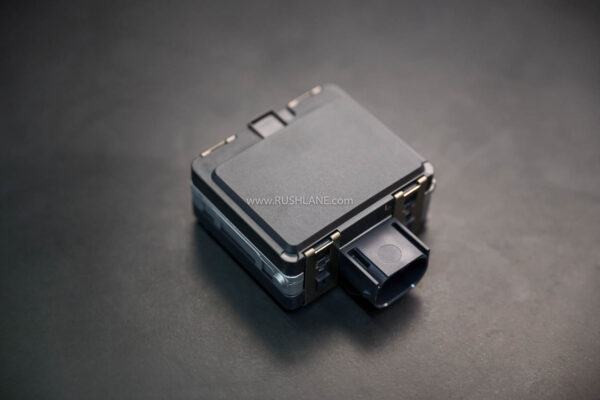 The front radar unit is responsible for Adaptive Cruise Control (ACC) just like in the cars. This system modulates the motorcycle’s braking and acceleration to automatically regulate the distance from the vehicle ahead. Designed to function in 4 configurable stages between speeds of 30 to 160 kmph, the radar-based ACC has been tuned to suit the dynamics and ergonomics of a motorcycle. Of course, the rider will be able to maintain constant control of the vehicle in any scenario even when the ACC is operational.

The rear radar unit functions as a blind-spot monitor to warn the rider of vehicles that are not visible on the rear-view mirrors. The rear unit also warns the rider of a fast approaching vehicle from behind. The control algorithms related to Ducati Radar Technology have been the subject of a patent which was filed in 2017. 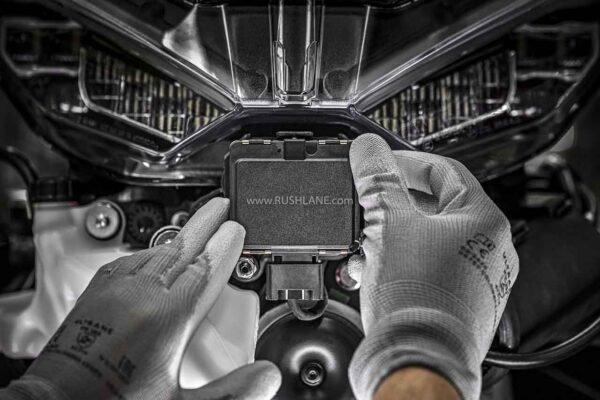 Along with the production announcement, Ducati has also teased the motorcycle through a set of images. While the entire motorcycle is not visible, we can observe that the 2021 Ducati Multistrada retains its instantly recognizable styling but sports sharper elements. The front radar module is located between the twin LED headlamps while the rear unit is nestled below the taillight. 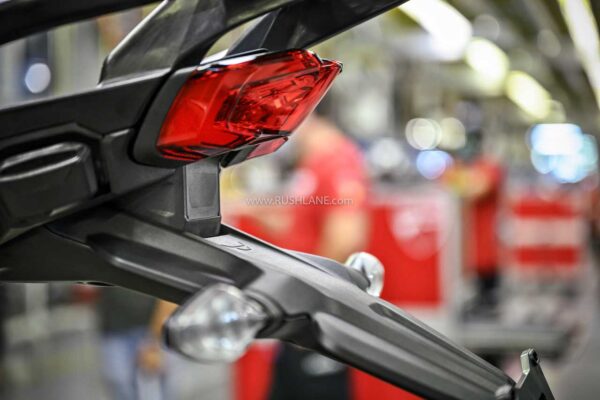 The exact specifications of the new lightweight V4 engine on board the Multistrada still remain under the wraps. So far, the V4 unit is available in two displacement configurations on board the Panigale and Streetfighter models.

The new flagship adventure tourer will be launched in India sometime next year. Expect the prices to start well above INR 20 lakh (Ex-showroom).