The 2021 Ford Equator, a full-sized 7-seat SUV aimed at the Chinese market, has been revealed through a set of leaked images. The SUV which is a product of the joint venture between Ford and Jiangling is reported to be launched in first quarter of 2021.

The imposing new Equator is reported to measure 4,905 mm in length, 1,930 mm in width, 1,755 mm in height, with a wheelbase of 2,865 mm. The exterior styling doesn’t follow the American brand’s current global identity but despite its sheer size, the styling has managed to hide awkward bulk.

The massive chrome-embellished front grille is flanked by narrow LED headlamps and low-set LED auxiliary lights which also double up as foglights. The profile is rather mundane with straight lines, the sheet metal design too settles for understated surfaces. 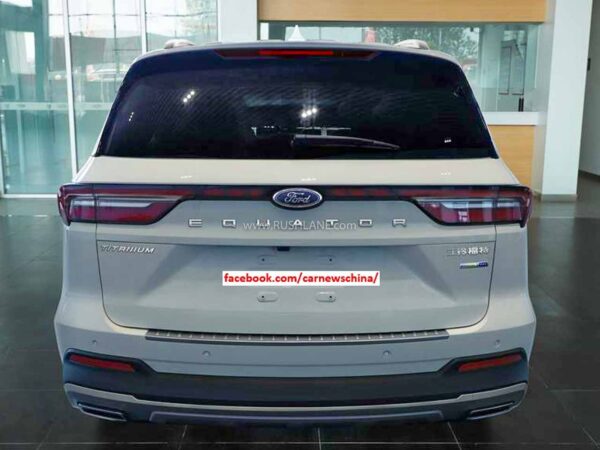 The interiors are still under wraps as of now but going by the segment standards, expect the 2021 Ford Equator to be very well equipped. Leather seats, a touchscreen infotainment system, multi-zone climate control, multiple airbags, and a comprehensive suit of ADAS (Advanced Driver Assistance System) features go without saying. 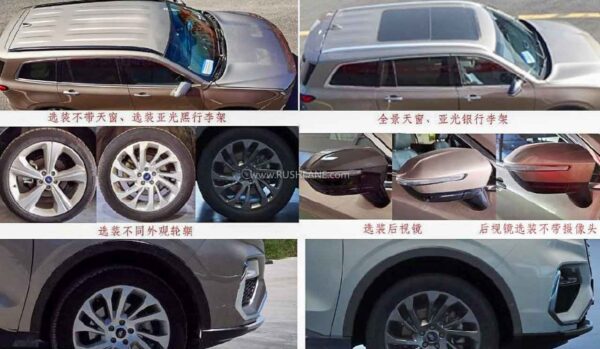 As per reports, the 2021 Ford Equator for the Chinese market will be available exclusively with the 2.0-liter EcoBoost turbocharged petrol engine. With 221 hp on tap, the motor should be adequate to propel the full-sized SUV. Transmission options include a manual as well as automatic. Both rear-wheel-drive and 4×4 configurations are expected to be on offer.

The 2021 Ford Equator will lock horns with the likes of Jeep Grand Commander, Hyundai Palisade, Chevrolet Tahoe and so on. While the Equator may be exported to select markets by the Ford-Jiangling JV, we don’t expect the SUV to be coming to our shores.

Ford India’s future is now in Mahindra’s hands. The American automaker is working on a C-SUV which will borrow its platform from the next generation Mahindra XUV500 which is due for next year. With a different top-hat and interior, the Ford version will slot in the huge gap that exists between the EcoSport and Endeavour. We expect the new crossover to be ready sometime in 2022.