Japanese two-wheeler manufacturer Honda has teased its upcoming 2021MY CBR600RR. The ‘supersports middleweight’ motorcycle will be launched on August 21. Ahead of its official debut, which would most likely be an online event considering the present state of affairs, Honda Motorcycle Japan has released a teaser video of the motorcycle doing a track outing.

The 2021MY Honda CBR600RR is powered by a 599cc liquid-cooled DOHC inline-four engine. Full specifications and JDM pricing are yet to be revealed. Honda Motorcycle states that the all-new CBR600RR packs “enhanced overall performance” and “latest electronic control technology”. It is much more aerodynamic as well.

Compared to its predecessor, the motorcycle has a greater focus on track-performance without compromising on ease of handling in public riding conditions. The Honda CBR600RR primarily rivals Kawasaki’s ZX-6R and Yamaha’s YZF-R6. Both motorcycles have raised the benchmark for 600cc inline-fours in their latest iteration.

The early video teaser shows the all-new CBR600RR being set up for a fast lap. An interesting detail is that the track is empty and engineers wear a face mask. The cinematic shots give a good idea of the motorcycle’s styling and exhaust note. 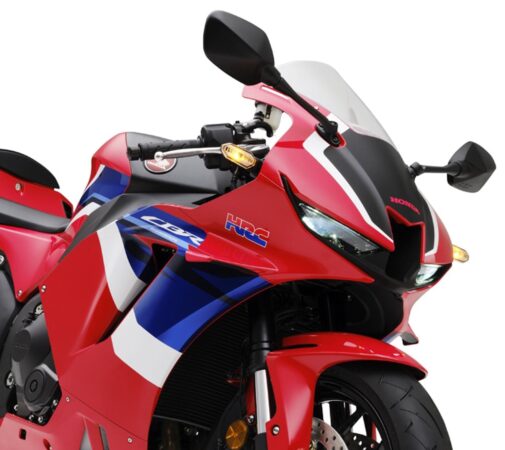 In its launch specification, the motorcycle is finished in multi-tone Grand Prix Red shade. This colour is available in different formats across Honda’s faired sportsbike or superbike portfolio. The CBR600RR offers a majorly different riding experience compared to the touring-focused inline-four Honda CBR650R.

As mentioned before, there is no news on the 2021MY Honda CBR600RR’s output yet. However, Honda Motorcycle has clearly mentioned that it will showcase a significant rise in performance. The outgoing 2020MY CBR600RR comes with a similar 599cc unit (with DFSI or Dual Stage Fuel Induction) and churns out around 118bhp @ 13,500rpm and 66Nm @ 11,250rpm. Top speed is capped at almost 250km/h.

To make way for the new model, the current-gen CBR600RR (introduced in 2013) has been discontinued in several important markets. It is still available on the US market (under Honda Powersports) at a starting 2020MY MSRP of $11,799 ex-showroom (roughly Rs 8.83 lakh). It is too early to comment on the motorcycle’s Indian debut.