2021 Hyundai i20 crossover spied in Europe – Sits above Venue

South Korean automaker Hyundai has already unveiled the all-new 2021 Hyundai i20 supermini for global markets. For the very first time, the “premium hatchback” will get a performance-focused ‘N’ version as well. Meanwhile, Hyundai Motor India is busy testing its local counterpart across the stretches of the country.

We have shared multiple images of the Indian-spec third-gen Hyundai i20 over the months. In fact, the car was first spotted under heavy camouflage even before making its global intro earlier this year. It was supposed to debut at 2020 Geneva International Motor Show (GIMS) in March 2020. However, the prestigious automotive event was cancelled due to COVID-19 pandemic.

The outgoing version is currently available only with a BS6 1.2-litre Kappa NA petrol engine, good for 82bhp and 114Nm of torque. This is mated to a 5-speed transmission. Prices start at Rs 6.50 lakh ex-showroom. It remains unknown whether the new model would carry an “Elite” tag or receive a cross-hatch sibling, i20 Active — check out speculative render. 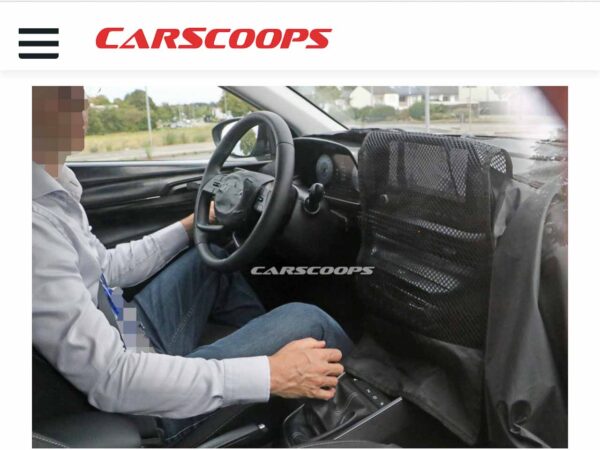 Somewhere in Germany, an interesting Hyundai compact crossover was spotted doing test runs on public roads. From the looks of it, the vehicle seems to be based on the new-gen Hyundai i20. Being a first-time capture, minimal details are known about the ‘2021 Hyundai i20 crossover’. Across global markets, crossovers or ‘urban SUVs’ seem to receive the highest preference in the affordable category.

Coming to its side profile, the test mule looks more like a compact station wagon or estate rather than a front-wheel-drive crossover for the city. There are no surprises here since several products marketed as “compact SUVs” are essentially raised hatchbacks with bulkier fenders.

The side view suggests that the mystery crossover crosses four metres in length, thus placing it above Hyundai’s popular sub-four-metre offering, Venue. It would most likely sit under the Kona (ICE version) and share its internals with the 2021 Kia Stonic.

Inside, the Hyundai i20-based compact SUV follows the same dashboard layout as the donor supermini. Key highlights include a 10.25-inch touchscreen, fully-digital instrument console, four-spoke steering wheel (similar to that of the 2020 Creta BS6), leatherette upholstery with contrast stitching, etc. One can also see functions such as parking assist and seat heating, beside a 6-speed manual gear lever.

Rumours claim that the car will be powered by a 1.0-litre T-GDI turbo petrol engine. It would be available in two states of tune: 100ps and 120ps (48V mild hybrid with 7-speed DCT).