Hyundai has given a mid-life facelift to their compact crossover Kona. Thanks to this, it looks almost a new model considering the number of updates seen in the latest iteration. With a host of changes both inside and outside and the addition of the sportier N-Line trim the new Kona proves to be an excellent buy.

To be clear, the model in discussion is the European-spec Kona with an IC engine and not the electric vehicle (EV) on sale in India. The updated car looks ages apart from the current model with a heavily re-configured front end.

The headlight cluster is different and gives a fresh appeal. The front also sports a wider LED DRLs along an extended hood. It flaunts a new grille and a silver colour skid plate which add to the contrast. 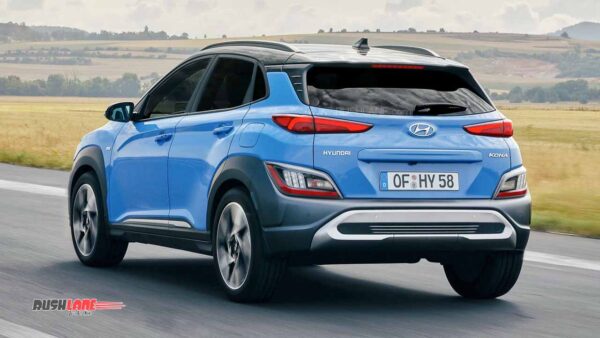 At the rear, the LED brake lights sport a different design and below that a contrasting bumper similar to the front enhances its appeal. Hyundai claims the new Kona to be 40mm longer than its predecessor. The side profile is similar, although it gets new 18-inch freshly designed alloy wheels.

The interior of 2021 Hyundai Kona is redesigned as well with a new dash layout which sees a bigger 10.3-inch touchscreen infotainment system and a new digital instrument cluster. However, the lower-spec models get a smaller 8.0-inch infotainment system which has also grown in size from 7.0-inch offered previously. Standard connectivity features like Android Auto and Apple CarPlay are surely going to be offered. 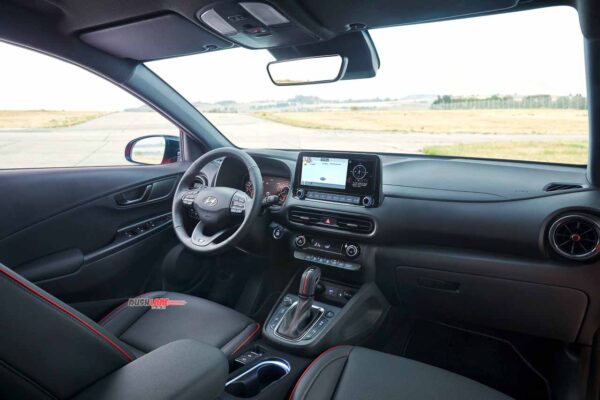 Other attributes include full-speed stop-and-go feature, an electronic handbrake, coloured vent and speaker surrounds and ambient lighting. Due to increase in length, the sense of space has increased as far as rear seating and legroom is concerned. Hyundai has added USB charging ports in many places inside the cabin.

Coming to the N-Line trim, it sports distinctive traits such as the ‘N-Line’ badging on the grille, the body-coloured bumpers and air intake vents placed above the grille in between the LED DRLs. The grille design itself is different from the standard variant. Apart from the bespoke alloy designs, it also features a larger central air diffuser and a dual-tip muffler.

Instead of the rugged skid plate on the standard variant, it features a signature N-Style aerodynamic lip. The interior layout is similar to the standard model with N-Line colour package. Additionally, the red-stitching in the seats and metal pedals along with the N-Logo on the gear lever evidently look sportier.

Coming to performance, the 2021 Hyundai Kona is powered by a 1.6-litre GDI turbo petrol engine which now makes 195 bhp as opposed to the earlier 175 bhp. A similar sized diesel unit is likely to be offered with a 48V mild-hybrid setup for better economy. Transmission duties are likely to be carried either by a 7-speed DCT or an 6-speed iMT gearbox. The new Kona is likely to go on sale in Europe from early 2021.