Electric cars have taken a sizeable portion of the passenger vehicle segment in global markets over recent years. With EV-related technology evolving at a rapid pace, we are seeing more and more electric cars come up in recent times. We have also witnessed demands for EVs rising due to their cheap running cost and powerful performances.

Hyundai is one such brand that has found success globally with EV offering Kona Electric over the last couple of years. The Korean automaker has given a mid-life facelift to its most popular electric crossover for 2021 and is scheduled to go on sale in the United Kingdom early next year. 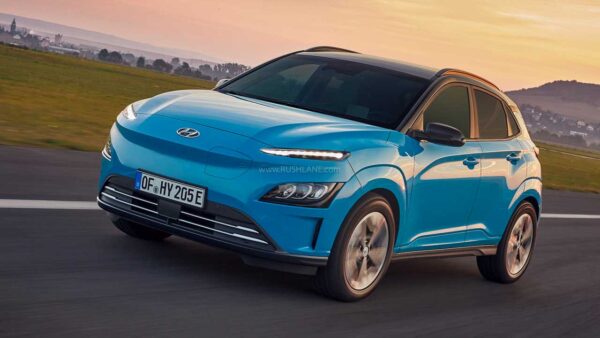 2021 Kona Electric comes with a healthy dose of cosmetic upgrades both inside and outside its cabin and a host of technological updates as well. Its exterior witnesses the highest number of updates, the most dramatic of them being the revised front nose.

The new grille gets a smooth nose cone which is starkly different from the radiator grille on the petrol-powered Kona thus distinguishing itself from the latter. This also lends a slight aerodynamic update over the pre-facelifted model. 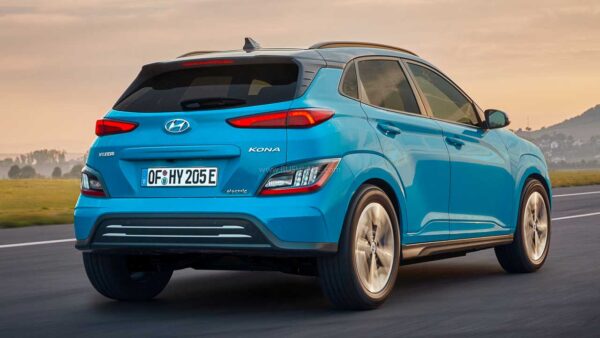 New Kona Electric also gets a redefined front bumper which receives a pair of vertical inlets that reduce the amount of turbulent air in the front wheel arches to minimise drag. This is complemented by fresh LED DRLs and a pair of redesigned LED headlights.

The rear end is very much similar except for slightly reconfigured tail lamps. Black claddings on the old car are now colour-coded. In addition to five colours offered on the electric crossover, another five new paint schemes have been added to its palette.

Interiors of 2021 Kona electric have seen a fair share of updates including a new 10.25-inch touchscreen infotainment system carried from the new-gen i20 and Tucson. 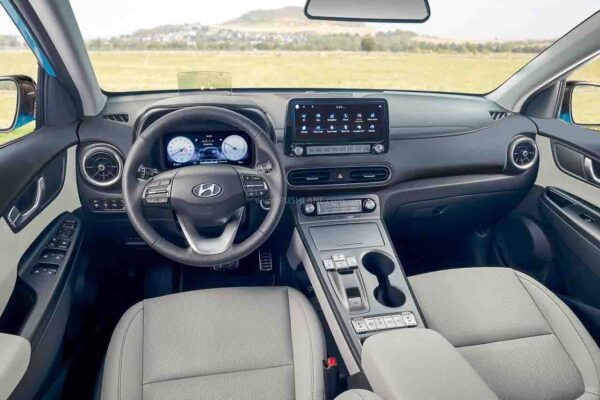 The new infotainment system is compatible with Apple CarPlay, Android Auto and Hyundai’s connected tech BlueLink which offers features such as Voice Activated Commands, remote climate control to preheat/precool the cabin and remote charging to benefit from off-peak energy rates.

In addition, it receives new ambient lighting which complements the two-tone interior colour. Safety equipment too receives enhancements such as rear cross-traffic assistance, safe exit warning, blindspot assistance and eCall which in the event of an accident automatically alerts emergency services. 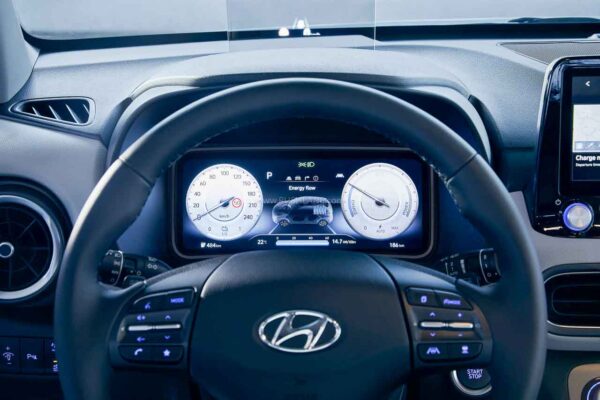 Speaking of its powertrain, there is no change in this department. The facelifted model still receives two powertrain options- 39.2kWh battery pack paired with a 134 bhp motor and a larger 64kWh battery pack mated to a 201 bhp electric motor.

The former claims a single-charge range of 189 miles and a top speed of 154.5 kmph while the latter claims a range of 300 miles and 167 kmph of top speed. The company will provide a 100kW fast-charger which could juice up the battery by 80 percent in just 47 minutes.