Jeep Compass is one of the most popular compact SUVs from the Fiat Chrysler Automobiles (FCA) owned brand in global markets and the model is slated to receive a mid-life facelift by the end of this month.

With the world premiere scheduled for later this month at Guangzhou International Automobile Exhibition in China, first images of the production-spec model of the facelifted Compass have been leaked. Along with the standard model, images of the updated Compass Trailhawk have also been leaked.

The updated Compass has been spotted testing in Europe as well as in India in recent months on a number of occasions. However, these are the first images sans camouflage depicting a clear image of the upcoming SUV. At first glance, there seems to be no major difference between the upcoming and the outgoing model, however, one may notice subtle differences when looked closer.

For starters, the headlight clusters have been revised slightly which look sleeker now. The upper edge of the headlamp follows the same contour as the current model whereas the lower edge has a smoother contour and a flatter transition. 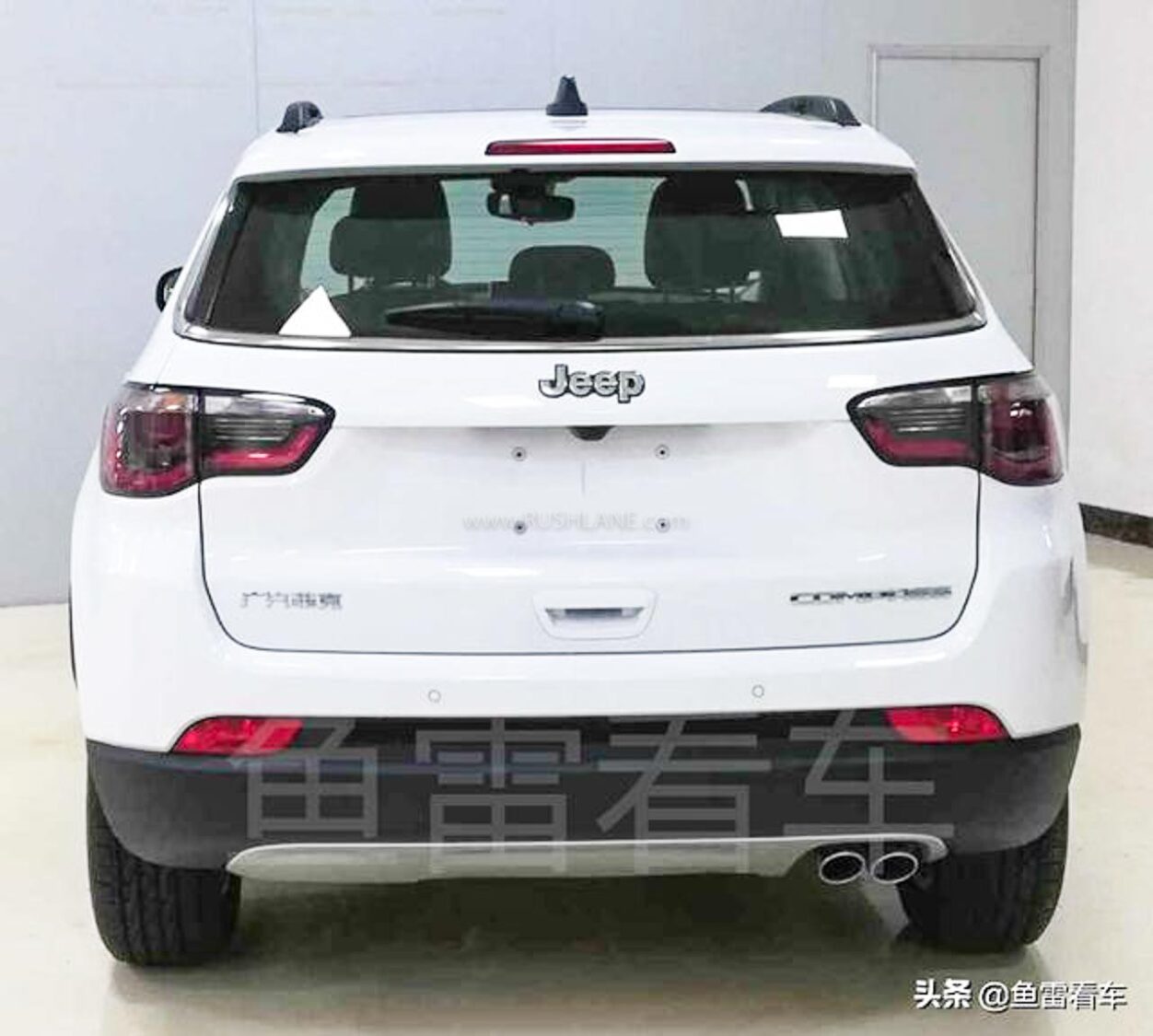 Even headlight inserts are different and full LED units are expected on most of the trim levels. The seven-slot grille with chrome inserts has been carried forward from the current model but the honeycomb mesh gets silver accents.

The front bumper gets the addition of a long black insert frame which connects the fog lamp housings and also gets an auxiliary air inlet in the middle. The new bumper doesn’t feature a separate housing for LED DRLs now which means they will be integrated into the headlight clusters. Rest of the design and proportions seem to be similar to the current model. 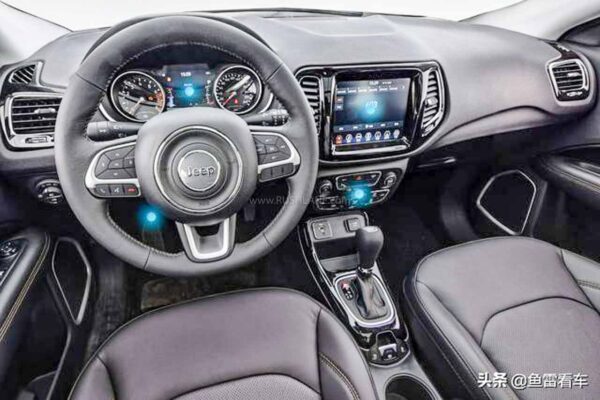 The Trailhawk variant of Compass is a more rugged version of the compact SUV and the design of the updated model is in sync with it. The most notable difference between Trailhawk and the standard model is the grille where the former gets a full blacked out one minus all the chrome in the latter.

The fog lamp frames in Trailhawk have been independently designed. Also, a pair of red tow hooks on the front bumper adds a nice bold and aggressive touch to a rugged SUV. Use of body decals on its bonnet further distinguishes itself from the regular model. 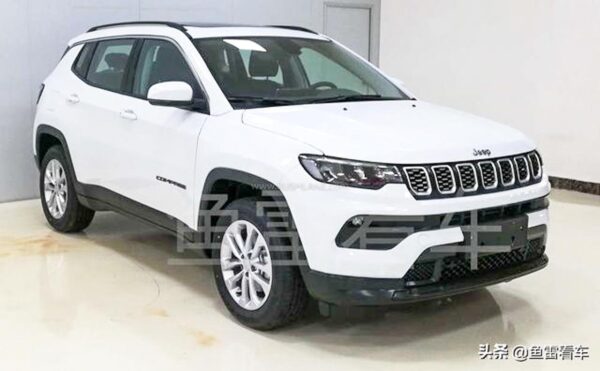 Images of the interior do not suggest major changes from the outgoing model, however, a larger 10.1-inch touchscreen infotainment system is likely to be equipped compatible with the latest UConnect technology. The facelifted Compass is also expected to feature premium quality materials and upholstery along with a handful of updated instrumentation.

There is no official word on the powertrain yet but is expected to carry forward engines from its international-spec barring the 1.4-litre turbocharged petrol unit which is set to be replaced by a 1.3-litre turbo petrol mill. This unit will be available in two states of tune- 128 bhp and 148 bhp; peak torque of 270 Nm and is likely to be mated to a 7-speed DCT.

Specifications of the updated model will get clear once the model is officially launched in China later this month. The facelifted Jeep Compass is likely to be launched in India in the first half of next year.