Last month, Fiat Chrysler Automobiles (FCA) officially revealed the upcoming new Jeep Compass 5 seater variant in its facelifted avatar. The updated SUV will be launched in many global markets next year, including India.

Jeep’s entry-level product in India has also been spied testing on Indian roads on a couple of occasions recently. Apart from the obvious facelifted Compass, FCA-owned Jeep is also planning to launch the seven-seater variant of the SUV sometime next year. Codenamed as ‘Low D 3-row SUV’, this new SUV has now been spied on test by Gabetz Spy Unit

The test mule was seen under heavy camouflage. Although carrying the same silhouette as the 5 seater Compass, the Grand Compass sports bigger proportions as evident from the extended rear overhang to accommodate the third row of passengers.

Apart from this, the Grand Compass, gets a prominent side-body cladding which the latter misses out on. Also, the seven-seater SUV surely gets a bigger wheelbase and also seems to add a few inches to its height. Wheel sizes, from a naked view, seem identical to 17-inch dual-tone alloys of similar design to each other. 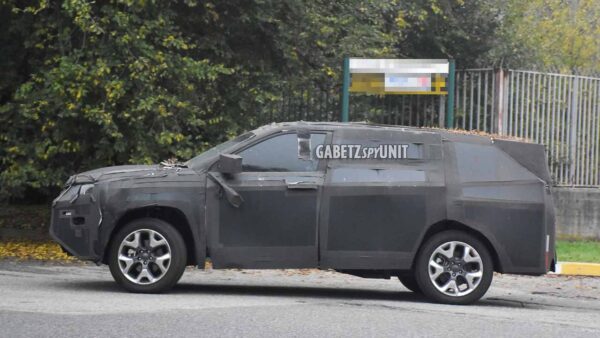 Overall strying of the Low D 3-Row SUV is expected to be similar to the Compass facelift. Going by this logic, it is expected to get a slightly reworked seven-slat grille, sharper LED headlights, redesigned front bumper and LED fog lamps with new housings.

On the inside, it is expected to feature more premium upholstery and dash layout. The cabin will also gain a few features such as tablet-style touchscreen infotainment system compatible with Apple CarPlay and Android Auto. It will also receive an updated UConnect connectivity tech and a revised centre console in line with Compass facelift. 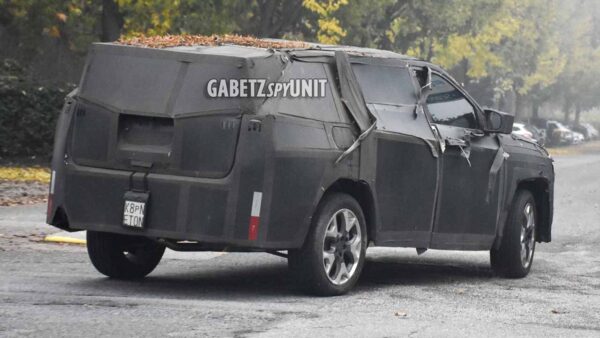 India-spec Grand Compass is expected to be powered by a 2.0-litre Multijet four-cylinder diesel engine that belts out 170PS of power and 350 NM of peak torque. Transmission duties are expected to be carried out either by a 6-speed manual or a 9-speed automatic transmission. An all-wheel drive system is also set to be offered in the higher-spec trims.

Jeep Grand Compass is expected to hit showrooms in India towards the end of next year and is expected to lock horns with other premium three-row SUVs such as Toyota Fortuner, Ford Endeavour and MG Gloster. Prices are expected to begin northwards of Rs 30 lakh (ex-showroom, India). The Compass Facelift, on the other hand, will be made available in the first half of next year.