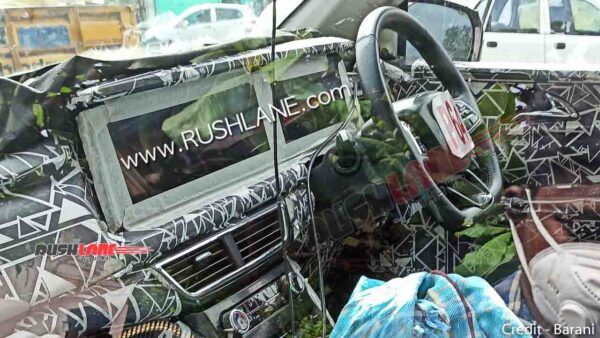 When the new Mahindra XUV500’s interior was spied up close earlier this year, we were a bit disappointed to see a rather simple instrument cluster and center console. Mahindra is known for making bold statements with its new products and somehow, the mid-premium crossover’s interiors didn’t fit the bill.

As it turns out, what we saw in previous spyshots was an entry level model and the top-end variant is likely to feature Mercedes-style instrument panel and touchscreen infotainment system. Here are the first spy shots, clicked by automotive enthusiast Barani.

A camouflaged prototype of the new Mahindra XUV500 has been recently spotted near Karavalli in Tamil Nadu, and the dashboard features hitherto unseen single-piece wide display which functions as both instrument console and touchscreen infotainment system. This layout, pioneered by Mercedes, is quickly becoming a new norm across the spectrum.

Likely to be offered only in higher variants, the 2021 Mahindra XUV500 touchscreen digital instrument panel is expected to be configurable. The infotainment part of it will be offering modern connectivity features. We won’t be surprised to see wireless charging and many other funky features. 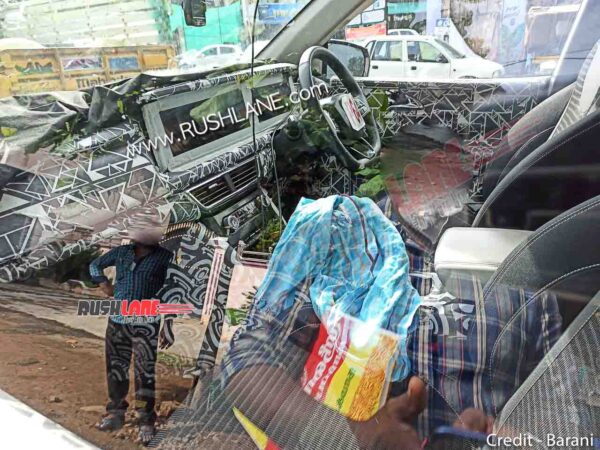 The latest test mule indicates that the new Mahindra XUV500 is gearing up to move a few notches up the market and take the fight to the feature rich MG Hector Plus.

This prototypes still continue to be equipped with makeshift head and taillights but the sheet metal design seems to be production-ready. Spyshot published some days back, with production spec LED headlight and tail lights, should give you a fair idea about how the new car will look like. Based on an improved platform, the new XUV500 appears to be slightly longer than its predecessor. While the basic shape has evolved slightly, the front and rear fascias have been subjected to significant overhaul. 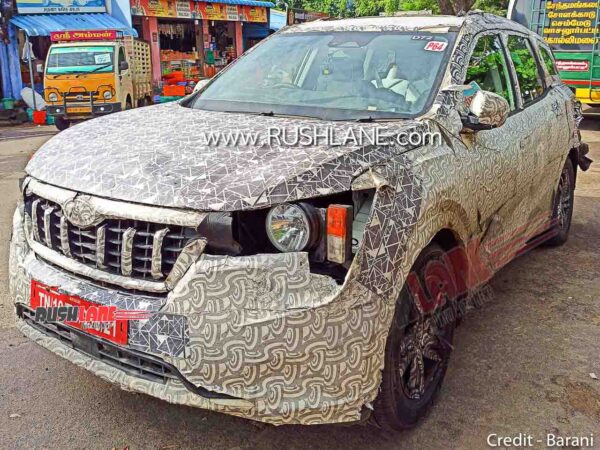 The new Mahindra XUV500 is reported to be powered by a 2.0-liter diesel engine producing close to 190 hp and the 2.0-liter turbo-petrol engine that also caters to the new Mahindra Thar (albeit with more power). Both manual and automatic transmissions will be offered and we can expect the higher variants to come with AWD system.

The launch of next generation XUV500 is slated for first half of 2021 but it remains to be seen if there may further delay due to the pandemic. The new SUV will be crucial for Mahindra to regain the lost market share in India’s UV segment. In addition to Hector Plus, the car will also be pitted against the soon-to-be-launched Tata Gravitas.