In recent times, buyers in India have been showing more preference to SUVs. Every major automaker in the country is said to be working on bringing in more SUVs into their lineup. The recently concluded 2020 Auto Expo had a number of vehicles in this segment on display, each of which is poised for launch in the months ahead. We bring you a list of SUVs, both in the sub compact and full size premium segment, which will be making their way into markets in the coming 2 months.

The Tiguan AllSpace is a part of the VW SUV offensive under the company’s India 2.0 project. It is a longer wheelbase version of the regular Tiguan. The AllSpace has a 109mm longer wheelbase. It will be powered by a 2.0 TSI petrol engine offering 190 PS power and 320 Nm torque mated to a 7 speed DSG automatic transmission and will receive Volkswagen’s 4MOTION all-wheel drive system. Once launched, the Tiguan AllSpace will rival the Toyota Fortuner, Ford Endeavour and Skoda Kodiaq.

Following launch of VW Tiguan AllSpace will be launch of the new T-Roc compact SUV later in the same month of March 2020. It was also showcased at 2020 Auto Expo. Both cars are already on sale in many countries around the globe. Set to come into India as a CBU, bookings have already opened at company dealerships. T-Roc, which is built on the company’s MQB platform, will sport premium features. It will be a petrol only model, powered by a 1.5 liter turbo petrol engine that offers 150 hp power and 250 Nm torque mated to a 7 speed DSG automatic gearbox. Volkswagen T-Roc will find plenty of competition in its segment in India from the likes Jeep Compass, top variants of Kia Seltos, Hyundai Creta. 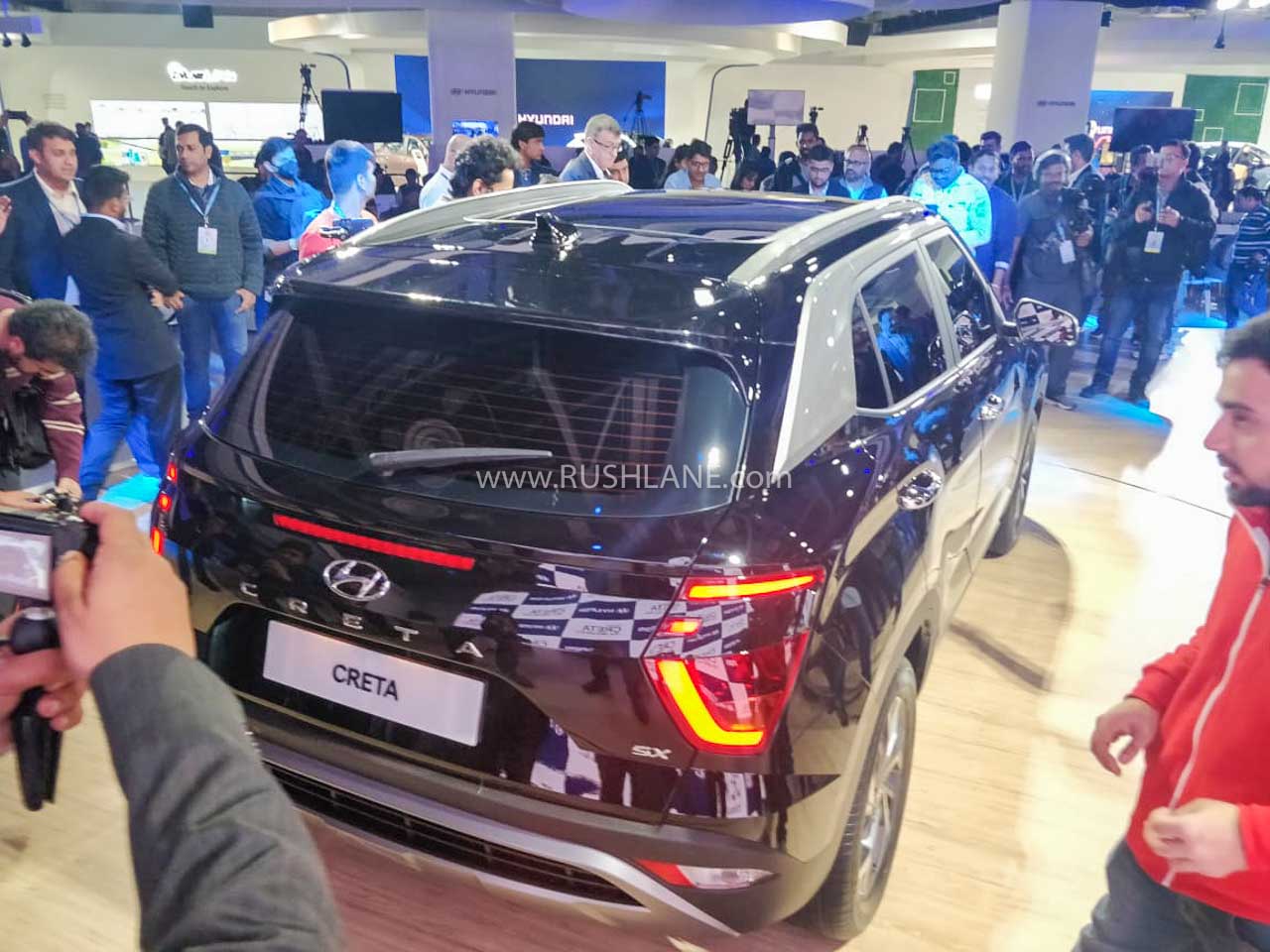 The second gen Hyundai Creta, unveiled as the ix25 in China, debuted in India at the recently concluded Auto Expo in Greater Noida. It receives a more premium stance, several exterior updates in terms of design and an all new engine lineup. Built on the same platform as Kia Seltos, the new Creta will also share engines with Seltos. It will get a 1.5 liter naturally aspirated petrol engine, a 1.5 liter diesel engine and 1.4 liter turbo petrol engine. Hyundai has also confirmed a more advanced version of its connected car technology, called Blue Link 1.5, while the new Creta is also fitted with a large panoramic sunroof. The new Hyundai Creta will compete with Nissan Kicks, Kia Seltos, Maruti S-Cross, etc.

Hyundai Tucson facelift will receive cosmetic updates both where its exterior design and interior is concerned. It will also get Hyundai’s India-specific Blue Link connected car technology. The BS6 engine lineup will include a 2.0 liter petrol engine offering 151 bhp power and 192 Nm torque and a 2.0 liter diesel unit capable of 184 bhp and 400 Nm torque. Both engines get mated to an automatic gearbox as standard. The new Tucson facelift will compete with the Jeep Compass, MG ZS EV, Honda Civic, Tata Nexon EV and Tata Hexa.

Toyota is readying a sub 4 meter SUV based on the new Maruti Suzuki Vitara Brezza facelift. This will be the second product after the Glanza to emerge out of the Toyota JV with Maruti Suzuki. The upcoming Toyota SUV is yet unnamed and will sport some design changes over the Brezza while it will get the same BS6 compliant 1.5 liter petrol engine that makes 105 PS power and 138 Nm torque on the Brezza mated to a 12Volt mild hybrid engine. The Toyota SUV could be priced at a premium over the Brezza which currently retails at Rs.7.72 lakhs. Once launched, it will rival Hyundai Venue, Mahindra XUV300, Tata Nexon and Ford EcoSport.

Maruti Suzuki S-Cross Petrol will be sold via the company’s NEXA showrooms. It will get only a petrol engine as the diesel engine is being done away with in the post BS6 era. This 1.5 liter, 4 cylinder petrol engine will offer 105 hp power and 138 Nm torque and will get mated to a 5 speed manual and 4 speed torque converter automatic gearbox. Maruti Suzuki is also expected to offer a mild hybrid system with the automatic variant. The new S-Cross will receive just a few updated features while dimensions also remain the same. It will continue to rival the Kia Seltos, Hyundai Creta, Renault Duster, Nissan Kicks, etc.

Following the launch of these new SUVs by April, the rest of 2020 should also see launch of the Force Gurkha, Mahindra Thar, Mahindra Scorpio, Kia Sonet, and the Tata HBX