Home Everything Else After seeing dancing Scorpio's popularity, Anand Mahindra jokes about offering it as...

After seeing dancing Scorpio’s popularity, Anand Mahindra jokes about offering it as a factory-built feature

Mahindra Scorpio SUV is a common sight on Indian roads. It is a popular car and has been the recipient for many best car awards over the years. While the Scorpio SUV has been regaled for its power and performance over the most rugged of terrain, none of its models have stood out in terms of its dancing skills.

Now, a series of videos showing a Mahindra Scorpio dancing, have gone viral on social media. People are actually ordering these cars duiring wedding and make them dance in front of audience. They are also dancing along with the car. There are atleast two Mahindra Scorpio’s which on two seperate occassions have been spotted what is called dancing. Watch the video below.

In the video, the Scorpio can be seen performing some unique dance steps leaving onlookers startled. Obviously this is not the normal behavior of a Scorpio but these particular cars have been modified and called a ‘Dancing Scorpio’ as it jumps on its front wheels continuously to give an impression of dancing.

A fan of Anand Mahindra, posted one such video on Twitter, and tagged Mr Mahindra. This is how Mr Mahindra responded.

Kya kehna! Naach meri Jaan… Now I’m just not sure we can provide that as a factory-built feature.. !! https://t.co/gkFfbV4FdF

The car in the video is showing off these skills via the hydraulics attached to its front suspension has been modified and controlled via a pump. The pump controls the hydraulics on shock absorbers causing the SUV to jump. This pump can be activated from the inside as and when the driver gets into the dancing mood.

However, this movement causes an adverse effect on the front axle of the car and can also get the wheels out of alignment. 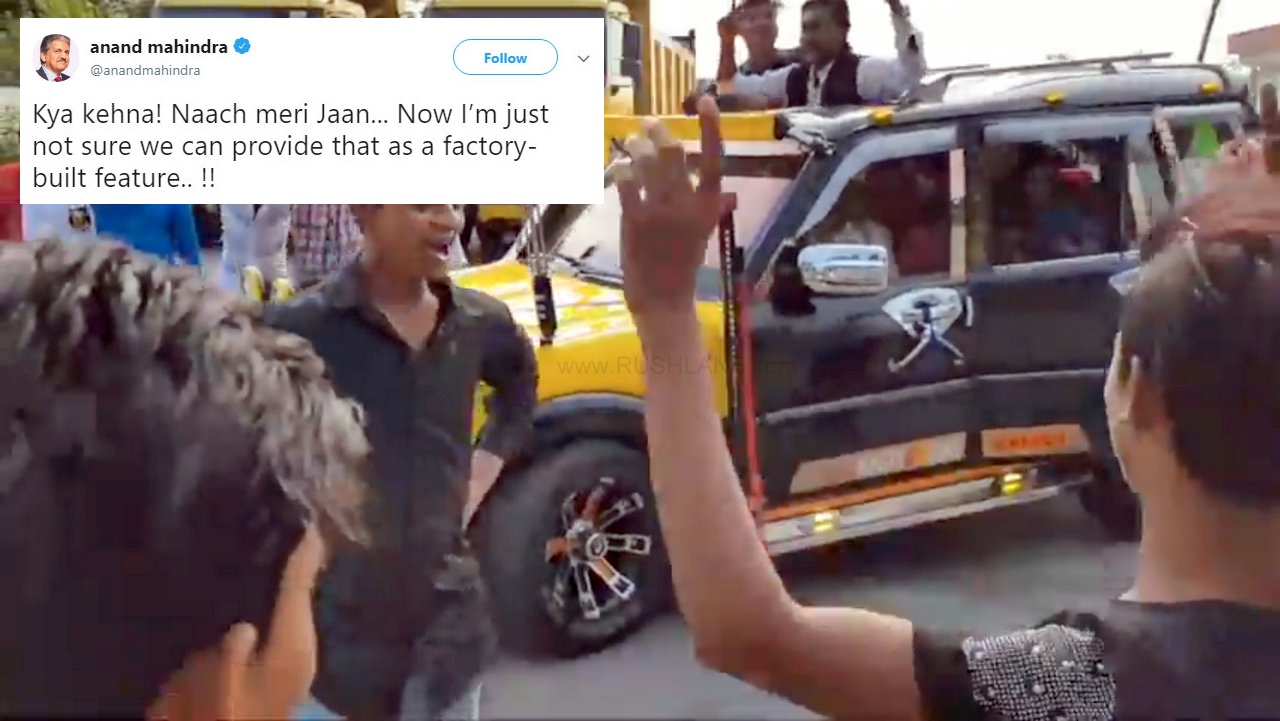 Again this is not a legal modification and the vehicle can get seized. However, it is not clear in this case whether the cops actually impounded the vehicle or had a good laugh at its antics.