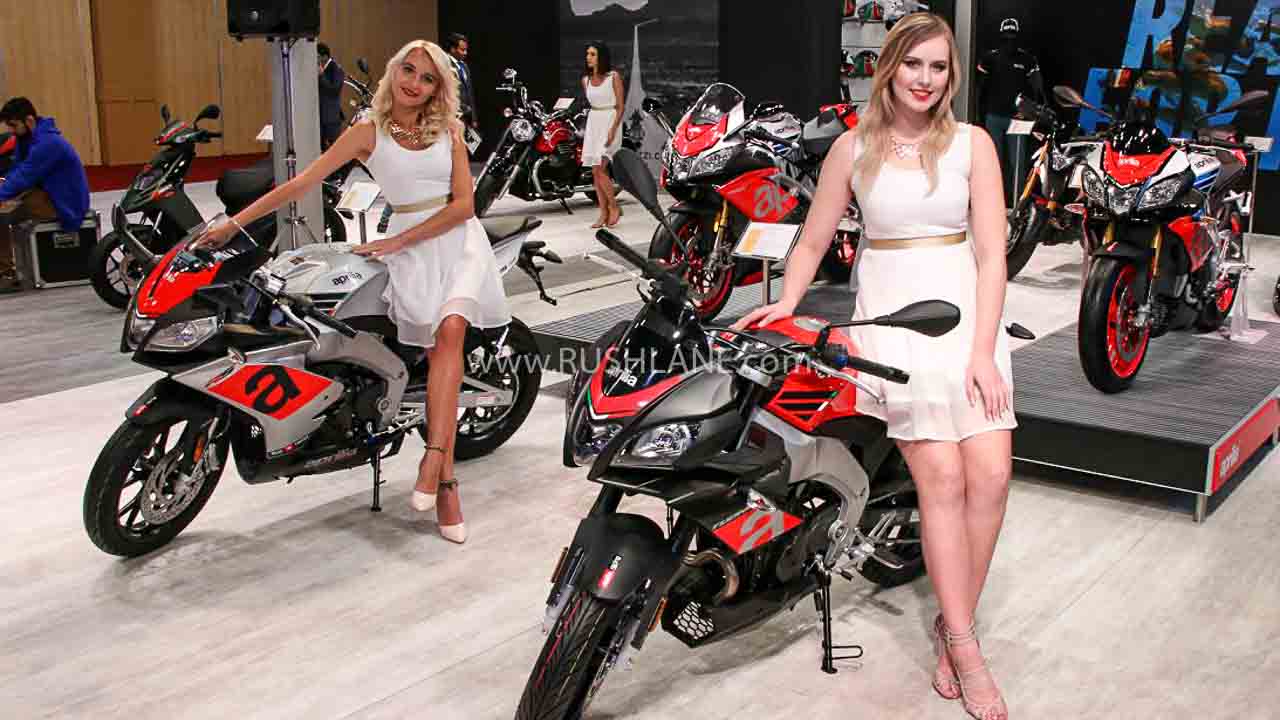 In the latest development, Italian bike manufacturer Aprilia has confirmed that it will be entering the 300-400cc motorcycle segment in India. In all probability, these new bikes will be the sub-400cc iterations of Aprilia RS and Tuono models and will be specifically designed for Indian consumers.

On the occasion of launch of the special edition Vespa Racing Sixties scooters, Piaggio India chief Diego Graffi confirmed the above development. He admitted that the company is evaluating entry-level products in the 300-400cc space. He further added that these bikes are still in a planning phase of development and would take at least two to three years to reach the market.

These bikes will be all new products and will be based on a newly built platform. The motorcycles will be manufactured locally in India whereas it is expected to be engineered and designed in Italy with inputs from Aprilia India. We expect that the bikes will carry an identical powertrain with one being a naked street racer while the other being a fully faired sports bike.

At AutoExpo 2018, Aprilia showcased their concepts of 150cc version of RS and its naked counterpart Tuono. The bike maker was pondering over the idea of bringing lightweight entry-level motorcycles to India. However, Graffi has confirmed that this plan has been shelved, as it is too late to introduce new bikes in 125-150cc space.

The brand was planning to achieve more accessibility to Indian masses like the SR150 in its initial phase. However, the company realised that it doesn’t make much sense to build a low-cubic displacement high-spec bike. It found more scope in developing platform middleweight bikes. Some might also believe that it might develop a scaled-down version of the RS660.

In the sub-300cc segment, Aprilia has the GPR250 in China which was earlier spotted in India. It was supposed to be launched here in India. However, now it seems that the company has had a change of heart and decided against it. One of the primary reasons for this, could be its ordinary performance even though it is very well equipped with features.

Coming back to the upcoming made in India bikes, Piaggio hasn’t divulged any details as of yet. If we were to make a guess, the bikes will be powered by an all-new 350-400cc single-cylinder liquid-cooled powertrain which will keep the cost in check. This unit is expected to be mated to a six-speed gearbox. As far as design is concerned, one can expect Aprilia to borrow some cues from their larger fully-faired and naked siblings- RSV4 1100 and Tuono V4 respectively.

When launched in India, it will take on the likes of KTM 390 Duke and RC, Apache RR310, BMW G 310 duo. One can expect the prices to be northwards of Rs 3 lakhs. Aprilia also intends to make India the export hub for other South Asian and European markets through these products.