Ather 450 electric scooter discontinued – Only 450X to be on sale

Ather Energy, the Bangalore-based start-up that arguably makes the best electric two-wheelers in the country, recently launched the new 450X at an ex-showroom (Bangalore) starting price Rs 99,000 (devoid of any subscription plan). Prior to its launch, the company had a single-product portfolio comprising of the Ather 450.

Now, Ather Energy confirms that the original 450 models will be discontinued within a few months’ time. Those who have already made a booking for the 450 get the opportunity to convert them to the 450X, or leave it as it is. Still, Ather 450 bookings will remain open only for the current (and final) batch. Existing owners of the Ather 450 will continue getting product support.

The Ather 450 was introduced back in July 2018 at Rs 1.24 lakh (on-road, Bangalore) alongside the lesser Ather 340 that debuted for Rs 1.09 lakh (on-road, Bangalore). The latter was discontinued within a short period of time due to poor demand. The Ather 450 quickly acquired the title of being the most expensive scooter on the Indian market, but had enough performance, equipment and technology to back it up. The main highlight of the scooter was its 7.0-inch touchscreen instrument console which gets navigation and smartphone connectivity (which subsequently opens doors to many other features).

The new Ather 450X is essentially an improved version of the original Ather 450. The company refers to the 450X as ‘Super Scooter’ and it has got enough stats and figures to justify such a tag; at least in today’s age of electric scooters. In comparison to the Ather 450 which puts out 5.4kW (7.25bhp) and 20.5Nm, the 450X packs 6kW (8bhp) and 26Nm of torque from its newly-developed 2.9kWh battery. The Ather 450X is significantly lighter as well. 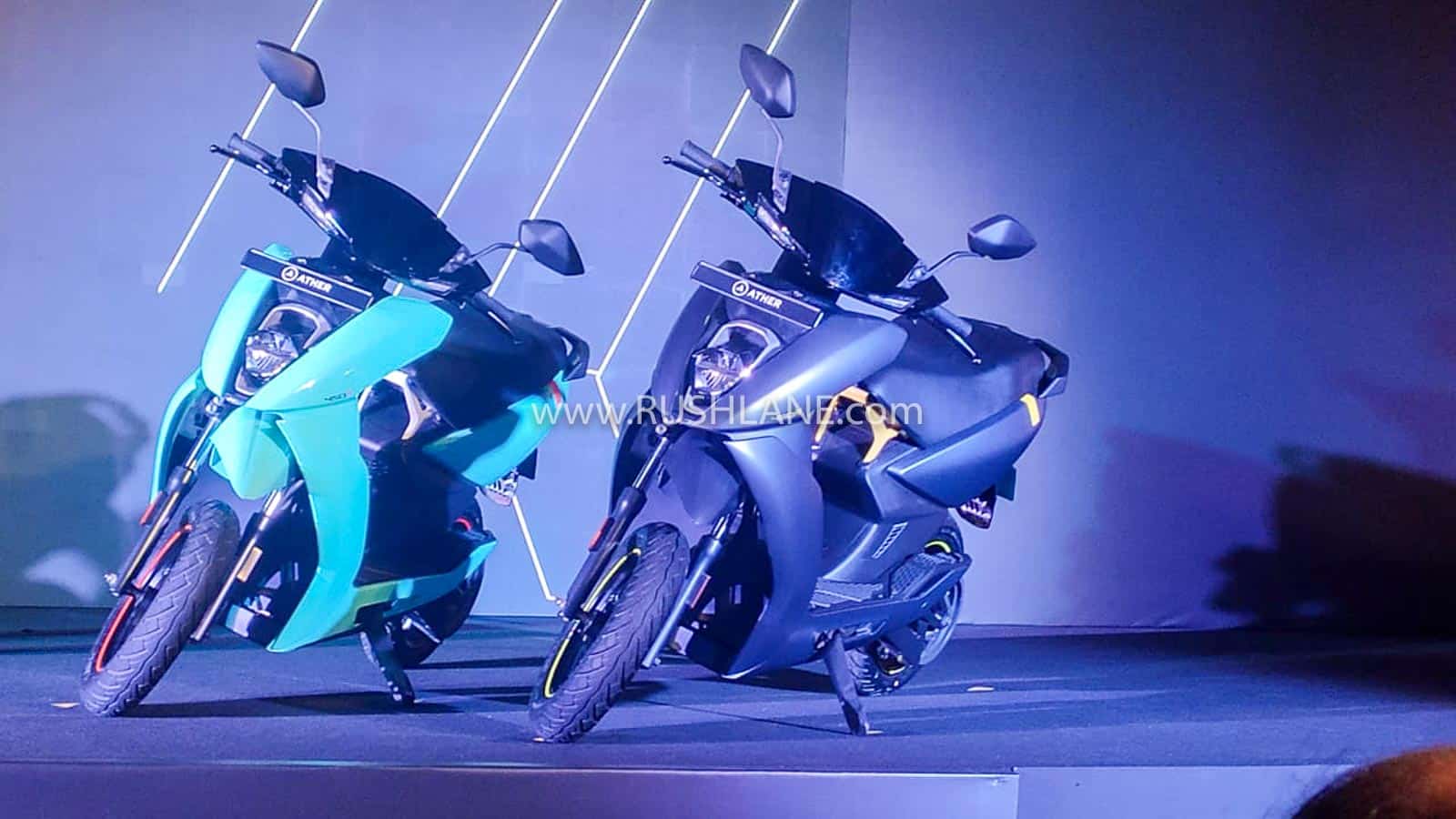 To showcase its performance even better, the 450X gets a new Warp mode, in addition to Eco and Power. In Warp, the electric scooter can hit 60km/h in 6.50 seconds. The Ather 450X charges 50% faster from empty at a rate of 1.5km/min compared to the previous 1km/min.

One of the biggest letdowns of the Ather 450 was its single choice of colour (White/Green). Ather Energy has introduced two more colour schemes in the 450X: Grey/Yellow and Green/Orange. The company has also announced its plans to expand the network to 10 more cities by the end of fiscal 2022.

Even though the starting price of the Ather 450X seems lesser than the Ather 450 on paper, add in the subscription packs (Plus or Pro) beforehand and the figure rises to Rs 1.49 lakh (or 1.59 lakh) ex-showroom (Bangalore). Plus or Pro can also be availed at a monthly cost of Rs 1,699 or Rs 1,999, respectively, over the standard product price of Rs 99,000 ex-showroom.