New RS Q8 is the fourth product from Audi to be launched in India this yearupcoming SUV coupe for a token amount of Rs 15 lakh. Prospective customers can book their RS Q8 via online or via authorized dealership. Today, Audi has revealed its price. New RS Q8 prices start from Rs 2.07 crores, ex-sh.

Speaking about the design, the overall silhouette of the standard Q8 is carried forward to the RS spec but gets a new styling package. It gets a more butch-looking face at the front which is accentuated by the 3-D honeycomb mesh on the new single-frame grille.

The rear looks much sportier due to the integrated rear diffuser and the RS spec spoiler. The sporty look further gets enhanced by the presence of the RS specific oval exhausts, a rear skirt and RS specific roof edge. 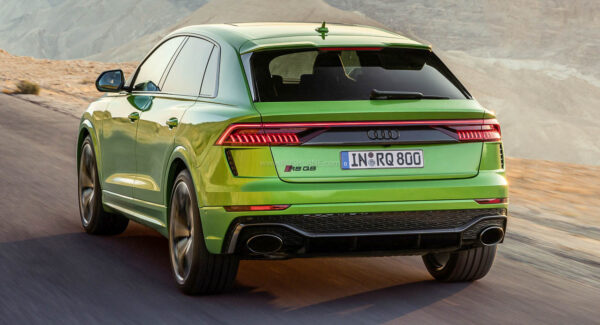 Mr. Balbir Singh Dhillon, Head of Audi India, said, “We are thrilled to bring the record setting Audi RS Q8 to India. It’s an all-in-one model that is at home in the rough as it is on the racetrack. The Audi RS Q8 is an agile beast and is a true high-performance sports model under its aggressive exterior. It’s massive twin-turbo V8 with 600hp and 800 Nm of torque propels the car to 100kph from standstill in under four seconds. We are confident that the Audi RS Q8 will have a magnetic pull for luxury sports cars aficionados.”

On the interior as well, things stay similar to the regular version Q8. However, one noticeable upgrade is the use of RS Sport front bucket-like seats with Alcantara trims. Other notable additions are a sporty RS spec flat-bottom steering and front seats ventilation and heating. It also gets other features such as the standard Audi Virtual cockpit and a 10.1-inch touchscreen infotainment system with myAUDI connect app among many others.

However, the biggest change is under the bonnet of the RS Q8. It derives its power from a 4.0-litre TFSI twin-turbo V8 engine that cranks up a mind-boggling 600 PS of power and 800 Nm of peak torque. 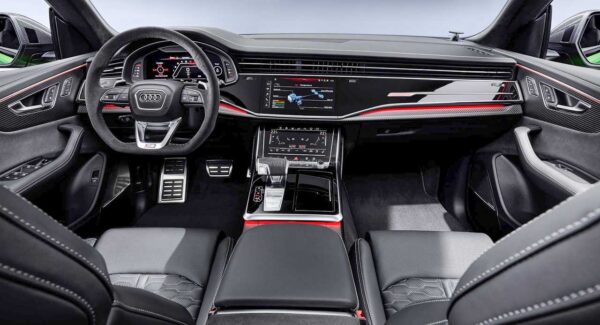 Power is sent to all the wheels through an eight-speed Tiptronic automatic transmission with the help of Audi’s Quattro AWD system. An additional 16 PS of power could be kicked in with the help of a 48V mild-hybrid system which is backed by a lithium-ion battery pack.

In India, it will rival the likes of Lamborghini Urus, Porsche Cayenne Turbo and Mercedes-AMG GLE 63. Audi had also launched the RS7 Sportback a month ago.