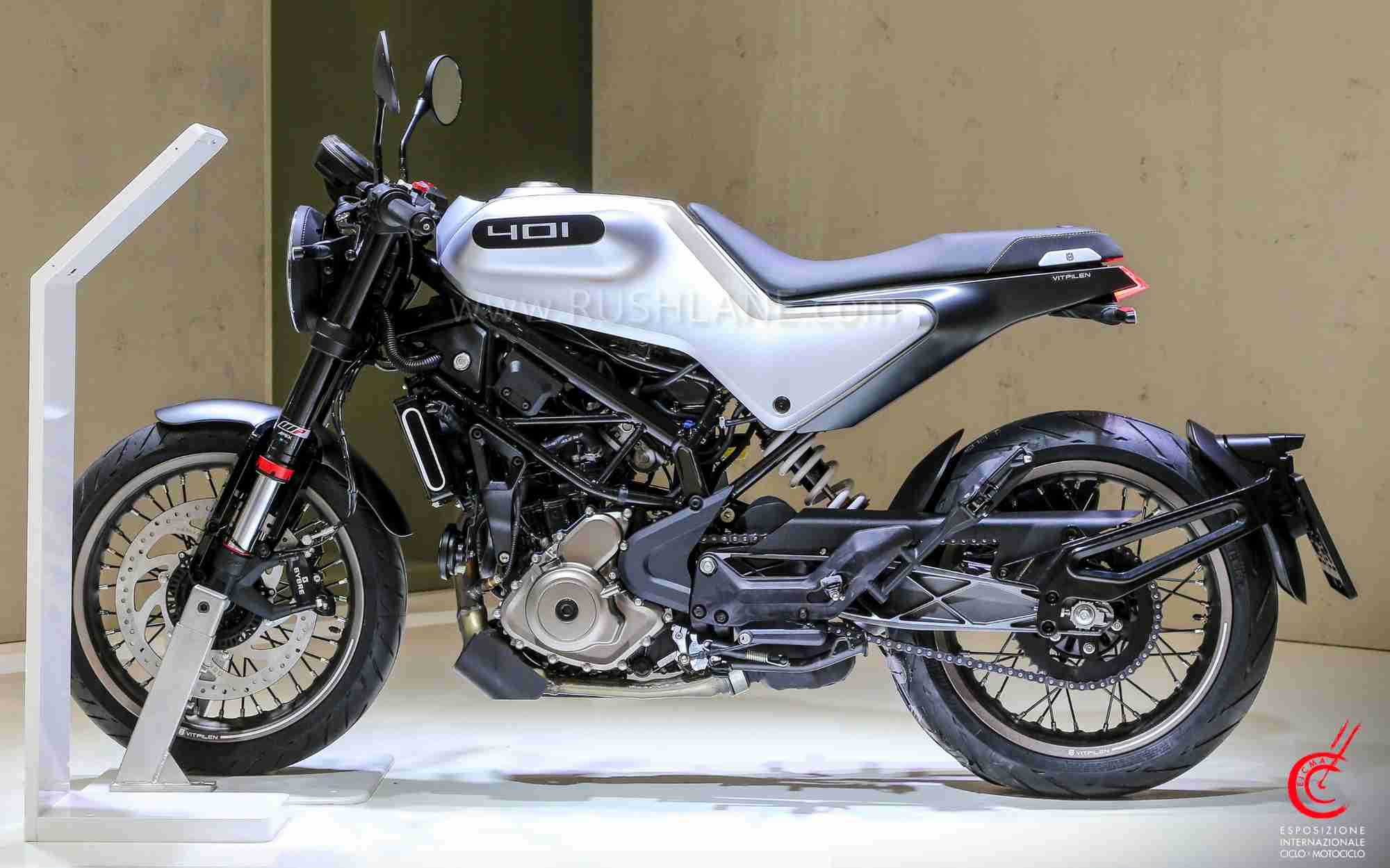 In an interview, Executive Director of Bajaj Auto, Mr Rakesh Sharma has revealed that they are all set to launch Husqvarna motorcycles in India. Launch of Husqvarna India will take place in the first week of December.

Both motorcycles are based on the new KTM Duke 390, and have already been spied on test in India. Unofficial bookings have also commenced at select dealerships, for a token amount of Rs,5,000.

The engine will get mated to a 6 speed gearbox with PASC slipper clutch and dual cartridge USD forks in the front and adjustable WP monoshock at the rear. Braking will be via 320mm disc in the front and 230mm disc at the rear with dual channel ABS from Bosch. As its names suggest, the Vitpilen 401 will be sold in a White colour as its name means White Arrow, while Svartpilen, which means Black Arrow will be offered only in a black colour.

No price details have been announced as on date but the Husqvarna duo could retail at a price range from Rs.2.8-3 lakhs, priced above the KTM 390 Duke.