Bajaj CT100 gets a Cafe Racer treatment with Triumph branding 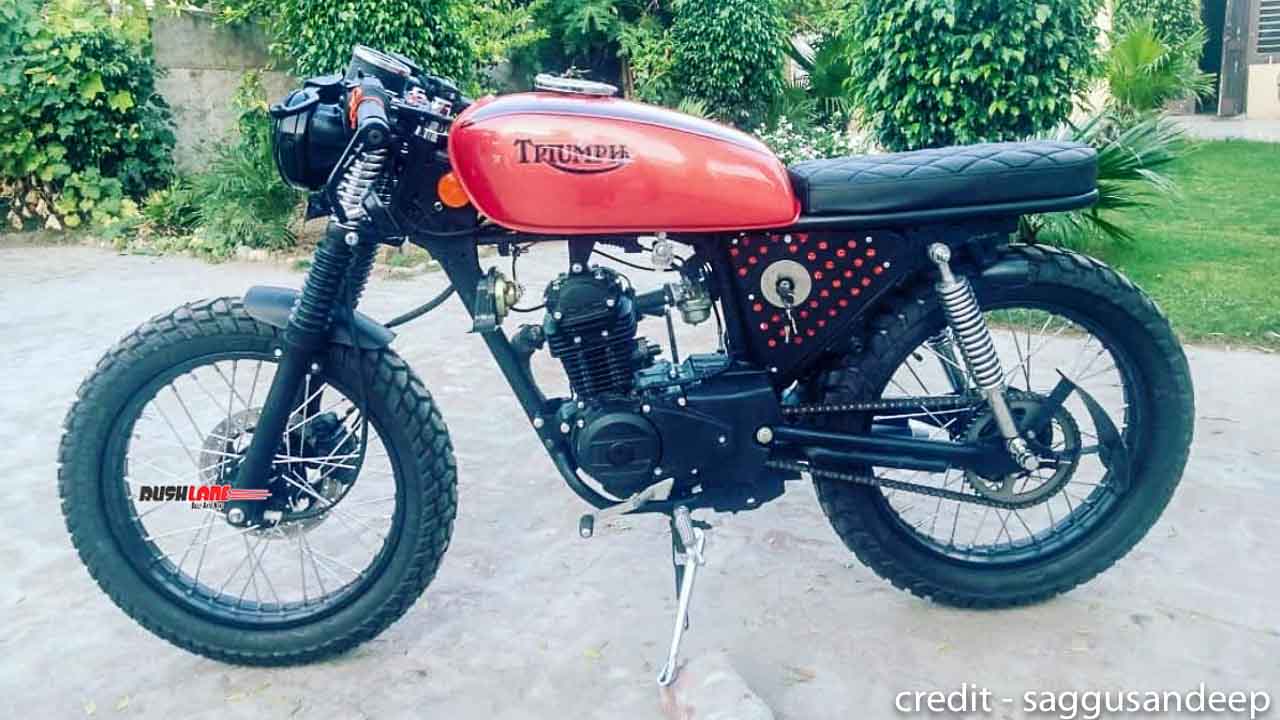 When it comes to bike modifications, the Bajaj CT100 (or any budget commuter motorcycle for that matter) might not be the most sought-after choice. Ramgarhia Modifications, a motorcycle customisation shop based in Sunam, Punjab has a different story to tell. The team took a 2004 CT100, stripped the motorcycle down and converted it into an interesting cafe racer.

Headed by Sandeep Singh, Ramgarhia Modifications is not new to cafe racer builds on a budget. Alongside its custom bodywork and mechanical changes, the CT100 cafe racer packs a few aftermarket components such as an air filter, single-pod digital instrument console, headlamp assembly, turn signals and exhaust system.

The ‘Bajaj CT100 Cafe’ is finished in a metallic orange shade against an all-black theme. Adding a ‘Triumph’ decal on the fuel tank was not the best decision. However, the overall work makes up for this to a good extent. Notable details include silver/black spoked wheels, dual-sport tyres, redesigned telescopic forks, clip-on cafe racer handlebars, USD bar-end mirrors, bench seat, custom battery box, chopped fenders or mudguards, side-mounted rear number plate and more. The mods are supported by a redesigned frame.

Ramgarhia Modifications’ CT100 cafe racer may not be the best example of its genre to originate from India. But considering the donor and investment, the effort deserves respect. Furthermore, this could be one of the most fuel-efficient cafe racers on the planet.

Bajaj Auto introduced its entry-level CT100 and CT110 range of budget commuters in BS6 format at the beginning of 2020. Prices currently start at roughly Rs 41,000 ex-showroom. In BS6 avatar, the entry-level motorcycles come with an e-carburettor and various other improvements to cut down emission whilst returning high fuel economy.