Bajaj Dominar is the flagship motorcycle from Indian two wheeler company, Bajaj Auto. On the other hand, G310R is the cheapest and the smallest ever BMW motorcycle from the German automobile giant.

Bajaj Dominar is already on sale in India. BMW G310R is about the be launched in India, to be precise, on the 18th of July 2018. Ahead of that, a Youtuber – Full Gass has posted a video which shows how these two motorcycles fare against each other in a drag race. 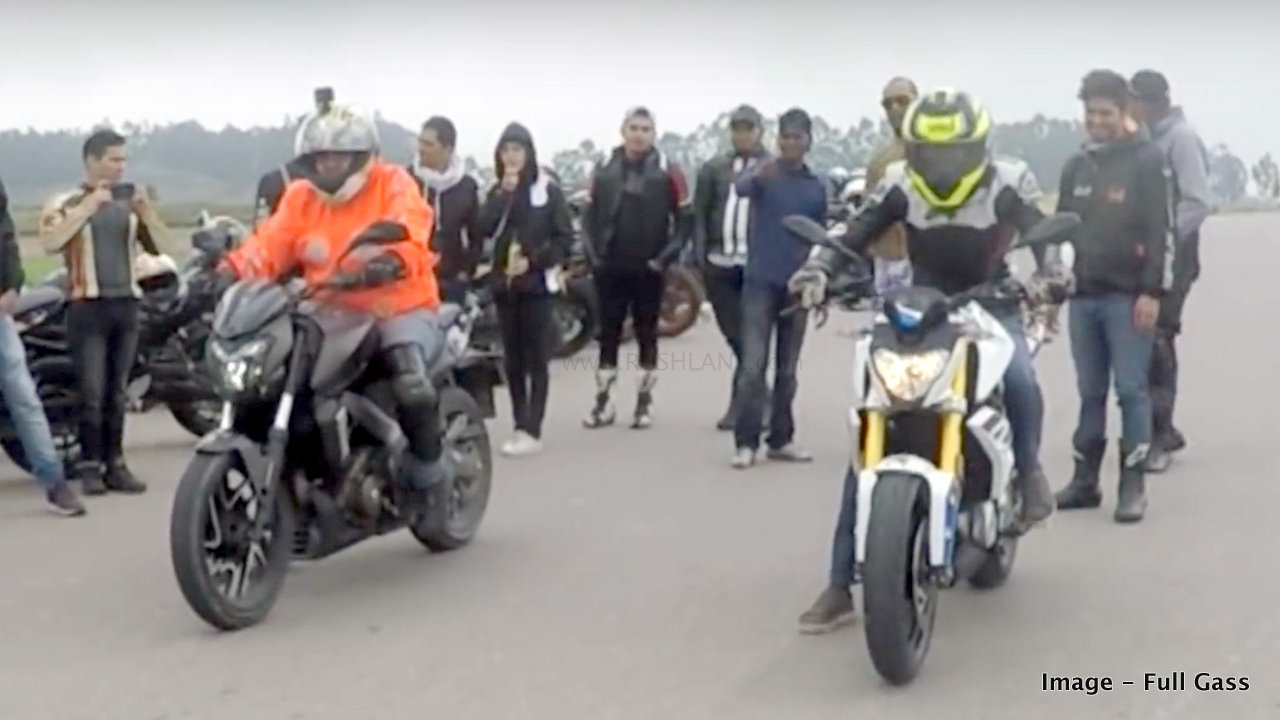 This makes things interesting. The Bajaj Dominar has more power and torque on offer, but is heavier and has a lower power to weight ratio as compared to the BMW G310R. Who will win the drag race? Let’s find out in the video below.

As you can see in the video, the BMW G310R is much quicker off the line. It has a better acceleration, all thanks to the higher power to weight ratio. In all rounds, it manages to beat the Bajaj Dominar 400. Speaking about cost, Bajaj Dominar retails for about Rs 1.5 lakhs, whereas the BMW G310R is expected to be priced in the range of Rs 3 lakh to Rs 3.5 lakh. Which according to you is a better deal?