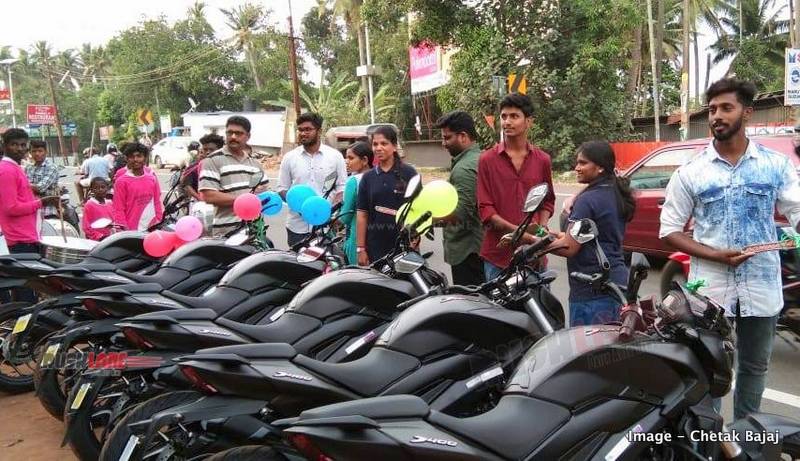 Bajaj Dominar 400 now gets benefits up to Rs 6,000. The offer introduced earlier in the week is designed to capitalize on the positive sentiment the ongoing festive season affords. Aimed to attract buyers, the special offer takes into consideration multiple aspects of vehicle purchase. 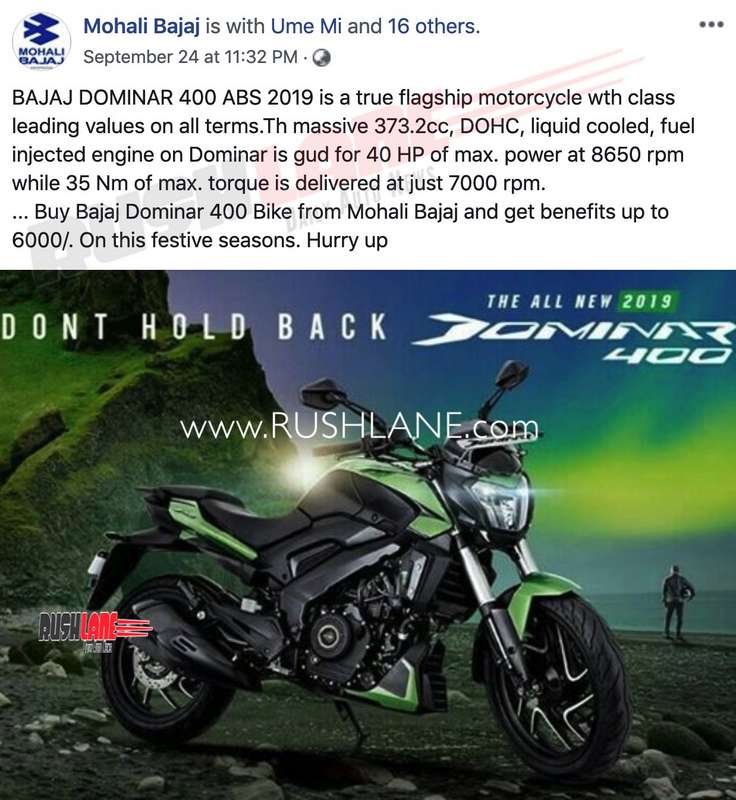 While the new price benefit isn’t altogether unexpected, considering the wide-ranging benefits such an offer can happen during the festive season, it doesn’t entirely spell a benefit.

Until recently, the bike was being sold for a lakh and eighty. Then Bajaj Dominar price was increased by a full 10 grands taking its price tag upto Rs 1.90 lakhs. Prior to this,Dominar 400 price had been increased by 6 grands following the introductory offer golden period when the price tag was listed at Rs 1.74 lakhs.

The price benefit would stand in good stead even though it works out to only a partial offsetting of the recent price hike. Recent months have been difficult in terms of sales, and the ongoing festive season would provide an opportunity to arrest falling sales. Last month, Dominar sales dipped below a grand to 927 units, registering 17.38 percent sales decline.

2019 Bajaj Dominar 400 is available in two colour options – Aurora Green and Vine Black. It will soon get new colour options, as has been teased in official TVC videos. The two new colours incoming are Red and White. In segment wars, it takes Royal Enfield Himalayan and the KTM 390 Duke.

While Bajaj’s brand recognition revolves largely around its wide-ranging Pulsar series, Dominar 400 does enjoy its fair share of fan following. It is after all the brand’s largest cc offering.