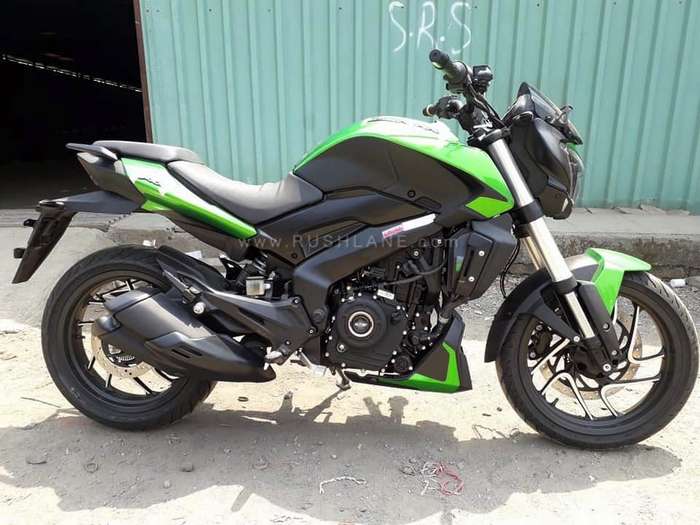 Bajaj Dominar 400 is now priced at Rs 1.90 lakhs ex-showroom. This is the second price hike since its launch in April 2019, when the motorcycle was launched at a price of just Rs 1.74 lakhs, ex-sh.

In it’s current gen avatar, introductory price was listed as Rs 1.74 lakhs at launch. This was increased by 6k earlier in the year. And now, the same has been increased by Rs 10,000. This takes the total price hike of Bajaj Dominar to over Rs 16,000 post launch in April 2019.

This is a steep price hike. Bajaj has not announced as to why they have increased the price of Dominar by such a huge margin, considering that the bike had received a price hike just a few weeks ago.

Bajaj Dominar was first launch back in Dec 2016. It is based on the Pulsar 400 concept, which was showcased at the 2014 Auto Expo. It was expected to be launched under the brand name of Pulsar. But Bajaj decided to go with a new brand name, creating a new brand identity for the most powerful Bajaj motorcycle ever.

Many believe that this could be this reason why the bike failed to get the expected sales numbers. At the time of launch, Bajaj was expecting to achieve 10,000 monthly sales. Launched at an aggressive price tag of just Rs 1.36 lakhs, Bajaj Dominar was expected to achieve that sales target.

But somehow failed to connect with the buyers. Some marketing ads showed the Dominar as a sports tourer, some showed it as a rival to Royal Enfield, and so on. Ever since, Bajaj has been trying something or the other with Dominar, in order to get sales boost.

Biggest update to Dominar came earlier this year. 2019 Dominar 400 gets power from a 373.3cc, liquid-cooled, single-cylinder motor with DOHC. It returns max power of 39.4 bhp at 8650 rpm, and 35 Nm of torque at 7500 rpm. It features an inverted fork front suspension, and rear monoshock.

Front brake unit includes a 320mm single disc with a radial caliper, and the rear, a 230mm disc with single-pot caliper. Dual-channel ABS is standard. 2019 Bajaj Dominar 400 is available in two colours – Aurora Green and Vine Black. More colour options will be launched soon. Bajaj has also announced that the Dominar will be updated to BS6 norms when the time comes.