Bajaj Dominar sales get a boost post launch of 2019 edition 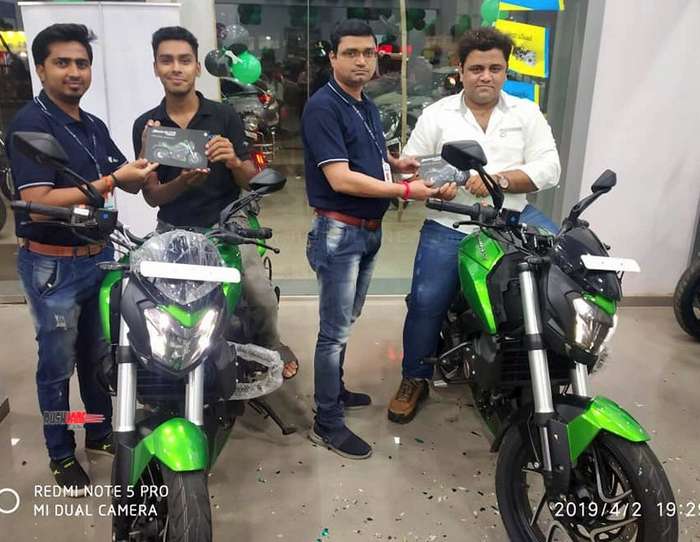 With updated features, cosmetic changes, and improved power output, 2019 Bajaj Dominar 400 was officially launched in April 2019. Dominar sales may have been lacklustre in the recent past, but updated edition seems to have good potential.

In the first month of launch, Dominar has registered sales of 1,346 units. This is nowhere close to what Bajaj had originally expected (10k units per month). But these numbers are far better than the kind of sales figures Dominar had been reporting in the past six months. In fact, Dominar sales in the five month period before April 2019, is lower than the sales figure registered in April 2019.

Updated Dominar carries forward most of the design and styling of the outgoing model. Some new changes that have been introduced include blacked-out elements, which add to the bike’s aggressive looks. New Dominar comes in contrasting Aurora Green and black dual-colour scheme, which immediately grabs your attention. For a more intimidating profile, customers can choose Vine Black colour option. Another talking point is the sporty graphic scheme, which looks spectacular.

Even though engine is the same 373.3 cc unit as earlier, it has been re-tuned to deliver 4.9 hp more power. The reconfigured liquid cooled, DOHC, triple spark, FI engine now delivers 39.9 hp of max power. However, 35 Nm torque output is the same as earlier. Increased power output allows the bike to reach 0 to 100 kmph in just 7.1 seconds. Engine is mated to a 6-speed transmission and comes with slipper clutch that allows smooth deceleration.

Built on a perimeter frame, new Dominar comes with USD forks. Monoshock unit at the rear has been updated as well to improve the bike’s ride quality. Users have reported that vibrations are next to nil in the new Dominar. The bike has disc brakes at both ends and is equipped with dual channel ABS. Aural experience has also been improved with the new twin barrel exhaust that delivers a throaty note. It also complements the bike’s sports tourer profile.

New Bajaj Dominar is the most affordable 400 cc bike in the country. Most of its primary rivals are priced 50k – 1 lakh more, which gives Dominar a significant price advantage. It would be interesting to see if Dominar can shake off its past and emerge as a strong contender in the 400 cc bike segment. Available at a competitive price of Rs 1.74 lakh, new Dominar takes on rivals such as TVS Apache 310, BMW G310R, Honda CB300R, RE650, KTM Duke 390, etc.