In the latest development, Bajaj Auto has registered a ‘Neuron’ trademark in India which gives an indication that a new product might be on the way. And as per reports going around it is speculated to be a bike in the sub-400cc retro-style design.

This means it is expected to rival the likes of Royal Enfield Classic 350 and the recently revealed Honda H’Ness CB350.

It should be pointed out that Bajaj already has a cruiser range named ‘Avenger’ and the latest trademark ‘Neuron’ is expected to take certain design inspirations from it. The Avenger nameplate is currently one of the oldest in the manufacturer’s lineup along with the Pulsar and Discover range and is also one of the most loved ones. It might also be the case that the current bike is built on the cruiser’s platform itself. 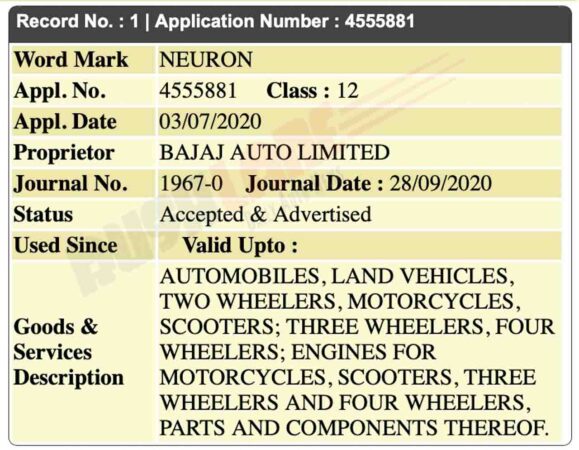 The word ‘Neuron’ is mostly used in medical terminologies in which it is the basic working unit of the brain. A group of neurons is specialized cells within the human nervous system that do their duties, transmitting information to other nerve cells, muscle, or gland cells. We definitely have to know what made Bajaj pick such a trademark.

From the trademark journal, it can be seen that the homegrown manufacturer had applied for it on 3rd July 2020 and got it approved on September 28. A notion of thought was also given that it might be an upcoming motorcycle from the Bajaj and Triumph joint venture. However, this possibility can be ruled out since none of the products from this joint venture will be given Bajaj branding. 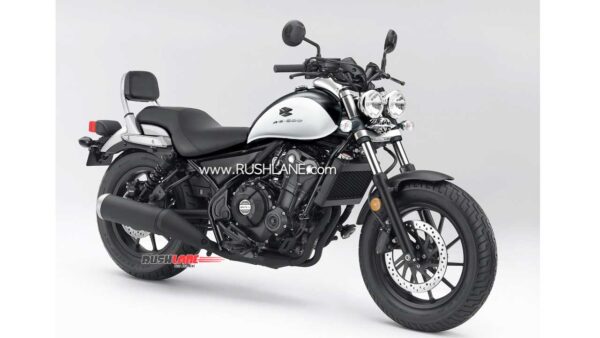 As far as the powertrain is concerned, Bajaj already has a sub-400cc engine in its kit. It employs a 373.2cc engine on the Dominar 400 which could be utilised in this upcoming model. However, fitting it into a retro-classic or a cruiser body might be a challenge in itself. It should be noted that there has been no word from Bajaj on this matter yet as these are only speculations.

If the above engine is indeed utilised to power the ‘Neuron’, then it will be capable of generating 39.4 bhp at 8650 rpm and 35 Nm of peak torque at 7000 rpm. Apart from Classic 350 and H’Ness CB350, other motorcycles in this coveted segment are Jawa Forty-Two and Benelli Imperiale.