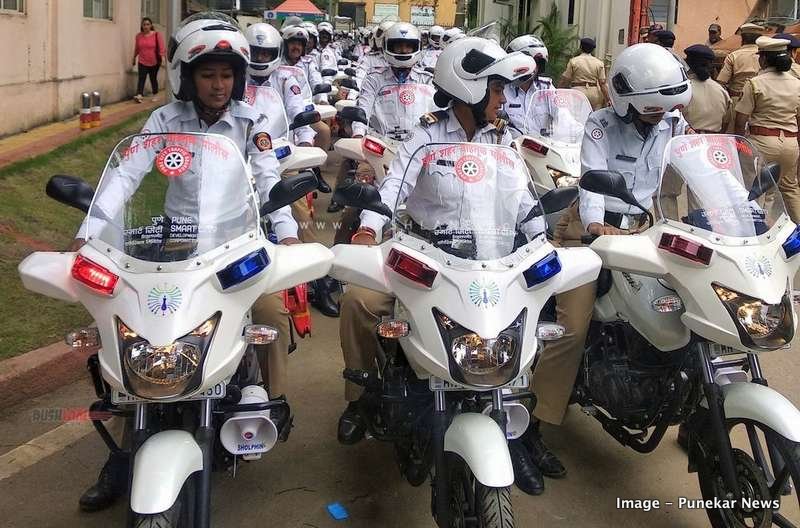 Pune Smart City Corporation will now use a fleet of Bajaj Pulsar 150 motorcycles to get the job done. 80 new bikes have been added to the fleet. And apart from being decked out in Traffic Police colours, there’s plenty of gadgetry to assist coppers on the job.

Bajaj Pulsar Pune Traffic Police motorcycles are fitted with a windshield that also wears a ‘Pune City Traffic Branch’ sticker. Each bike is equipped to manage daily traffic requirements, and more. This includes much needed camera, GPS and jammers. A megaphone is fitted on the left frontguard. 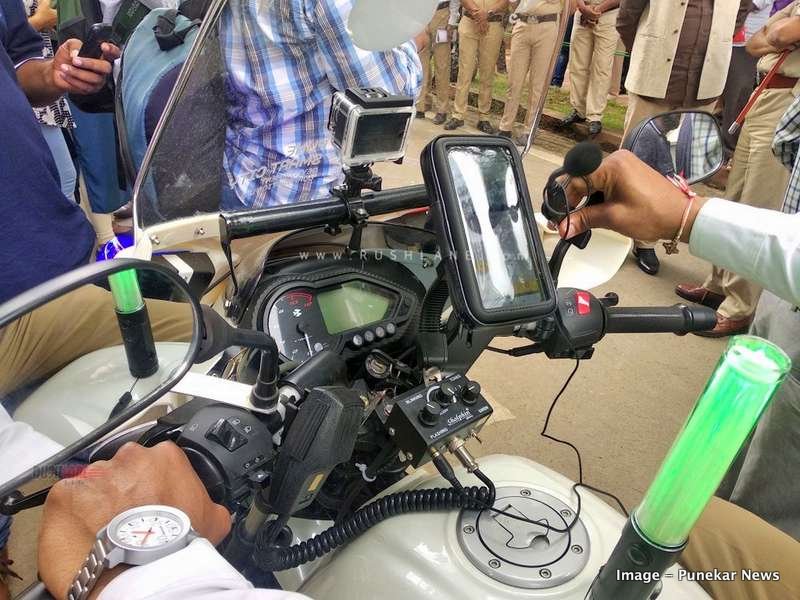 Depending on patrol function, some of the bikes have a custom slot to place a small lit baton on the fuel tank itself. The rear footrest and rear guard area neatly fits two tyre jammers.

There’s also a speaker attached for coppers to get their message out while on the move. Once they identify a problem on the street, the mike system could be used to relay a command for the intended person and resolve issues without having to stop patrolling.

Upfront, the police fleet is outfitted in all white. The custom design ensures a larger than life appearance with a red light fitted to the left, and a blue to the right. This sits on the body panel and are angled upward on the right and left on top of the headlight.

The front cladding also extends to the shape of the handlebar. Taillights include an element of blue and are much larger than regular designs to ensure ease if visibility. The coppers participating in the inaugural ride were seen using colour matched white helmets.

Powering these modified Bajaj Pulsar 150cc motorcycles is the same engine, which also powers the Pulsar 150 which are sold across India. This engine delivers 14 PS and 13.4 Nm torque. Prices of Bajaj Pulsar 150 ABS starts from about Rs 85k, ex-sh.