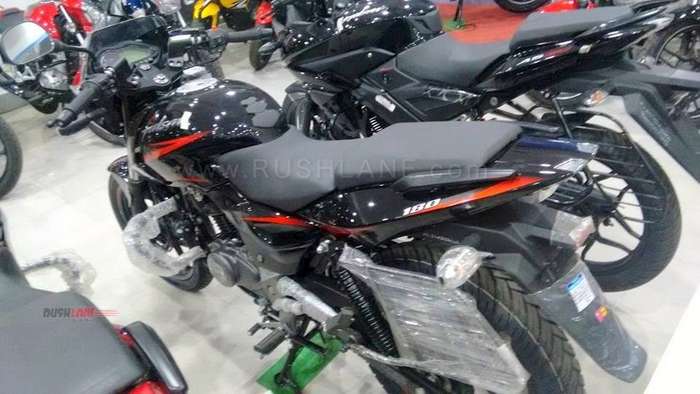 Bajaj Auto recently introduced a semi-faired version of its long-standing Pulsar 180. The move was surprising given that industry experts were expecting the Pulsar 180 to be discontinued. Looks like the two wheeler maker has slightly different plans for the motorcycle towards the end of its life span. According to various Bajaj dealers, the regular 180 variant with bikini fairing has been discontinued (production reportedly came to an end a couple of months ago) but the semi-faired version is on sale.

Bajaj Pulsar 180 has been on sale for almost two decades now, and enjoys a sizeable fan base. The motorcycle offers significantly higher performance compared to the best selling 150 cc variant for a marginally higher price tag. However, due to the recent rise of 200-300 cc segment, the 180 cc motorcycle now finds itself in an awkward (ever diminishing) niche.

Bajaj is currently working on a significant update of its Pulsar family to make it BS-VI ready, and the 180 variant is not expected to make the cut. So, even the recently introduced Pulsar 180F is an interim measure, which is not likely to be in existence after April 2020 (BS-VI deadline).

Bajaj 180F borrows its semi-fairing from the 220F and features Neon theme (contrast badges). There are no other noteworthy changes compared to the now-defunct regular variant. The 178.6 cc air-cooled engine produces 17 PS and 14.22 Nm of torque when mated to a 5-speed gearbox.

Interestingly, Bajaj Pulsar 180F is not available with the ABS yet but if the company wants to continue retailing the model, the update is necessary. Going by recent ABS updates by Bajaj, the 180F is likely to receive a single-channel ABS with rear lift protection feature. The addition of the safety feature would increase the price tag by around INR 7,000. As of now, the Bajaj Pulsar 180F Neon retails at INR 87,000 (ex-showroom, Delhi) but the company would need to introduce ABS as mandated by the government.