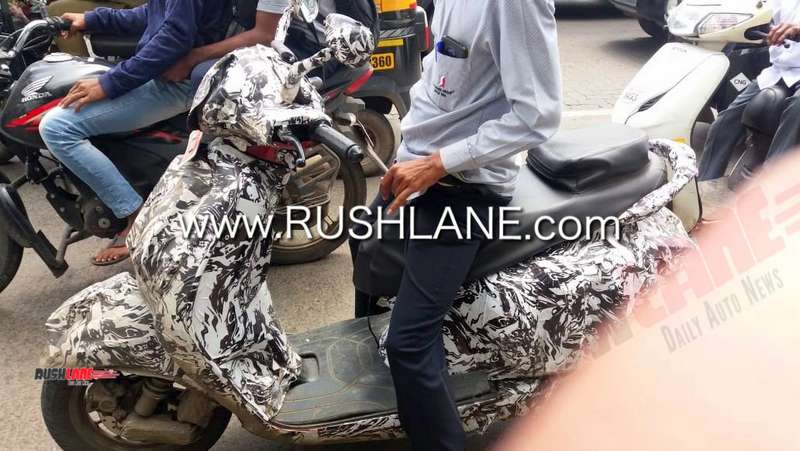 At an event earlier this year, Bajaj had revealed that they will launch urbanite scooter by end of 2019. It seems that they are all set to launch their first electric scooter.

Bajaj has sent out media invites about a new launch, which will take place on 16th Oct 2019. The invite hints at the launch of a future ready Bajaj scooter.

The invite reads – “We wrote history. Now we will write the Future.” Back in the 80s and 90s, Bajaj was the undisputed leader in the two wheeler segment, thanks to their range of scooters. This is what the first part of the invite implies. 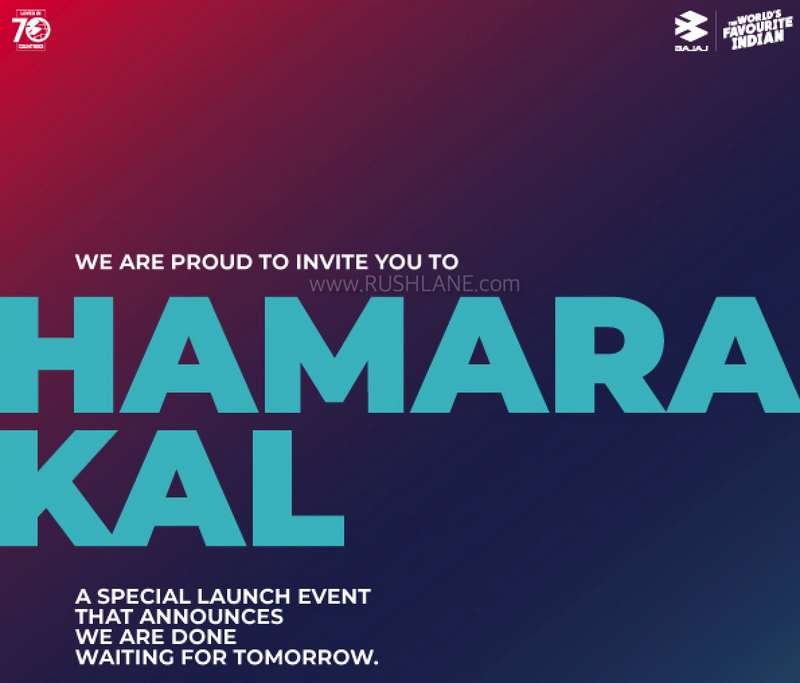 The Bajaj invite also mentions ‘Hamara Kal’, meaning ‘our tomorrow’. This references to the original Bajaj tagline of Hamara Bajaj, which was used to promote their scooters many years ago.

Camouflaged prototypes of Bajaj’s upcoming Urbanite scooter has been undergoing extensive testing on the public roads of Pune on a daily basis. Both electric as well as petrol powered Bajaj scooters have been spied on test in the past.

The retro classic design is characterized by a Vespa-like circular headlamp (most likely to house LED elements), curvy apron and a bulky body. Bajaj has opted to place the electric motor in the conventional location of the IC engine instead of employing a hub-mounted BLDC motor on the rear wheel. We expect a direct drive transmission.

Technical specifications are not public knowledge yet. If we were to hazard a guess, we would put our money on a DC motor with a power output in the vicinity of 10 hp to challenge the Ather 450. A lithium-ion battery pack with a range of around 100 km on a full charge would make it an attractive proposition. It is granted that the Bajaj Urbanite will comply with the government’s regulations for FAME II subsidy.

Based on the previous spyshots, we can say that the Bajaj Urbanite will come equipped with digital instrument cluster, front disc brake and alloy wheels. We also expect the urban runabout to come with connectivity features, USB charger, a dedicated app which gives the users information about the vital states of the vehicle, and so on.

Bajaj Urbanite electric scooter’s primary rivals will be from emerging EV startups like Ather, Revolt, etc. The Pune-based auto giant would be hoping that its experience in the two wheeler market and established vendor relationships and extensive retail network would give it an edge over competition.

The Bajaj electric scooter is expected to debut towards the end of this year with a phase-wise launch. A price tag of around INR 1 lakh would make things interesting in the nascent electric two wheeler segment.