Benelli Imperiale 400 was first showcased at the 2017 EICMA Show in Milan last year. Benelli Imperiale 400 is a Retro-Styled Cruiser. It has been under development for some time and has finally been revealed at EICMA. It sports dual disc brakes and ABS as standard and seen in attractive color scheme of red and black.

Boasting of classic styling, the Benelli Imperiale 400 gets a twin pod instrument cluster in a mix of retro and contemporary styling. It uses a double cradle steel tube frame with telescopic forks in the front and dual shock absorbers at the rear. Disc brakes in front and dual channel ABS at the rear are offered as standard. The bike weighs a total of 200 kgs, and has a 12 litre fuel tank.

The instrument cluster is all analogue with speedometer, tachometer, odometer and fuel gauge. It gets halogen head and tail lamps and sits on 19″ front and 18″ rear wheels fitted with 110/90-19 and 130/80-18 tyres respectively. Benelli Imperiale 400 is Euro IV compliant, which makes launching it in India will be easy for the company as India is now governed by BSIV protocol in all things automobile.

Benelli Imperiale 400 is powered by a Euro IV compliant 373.3cc single cylinder, SOHC engine offering 19 bhp peak power at 5,500 rpm and 28 Nm torque at 3,500 rpm mated to a 5 speed gearbox. It will be brought to India via the company’s Indian arm, Mahavir Group. 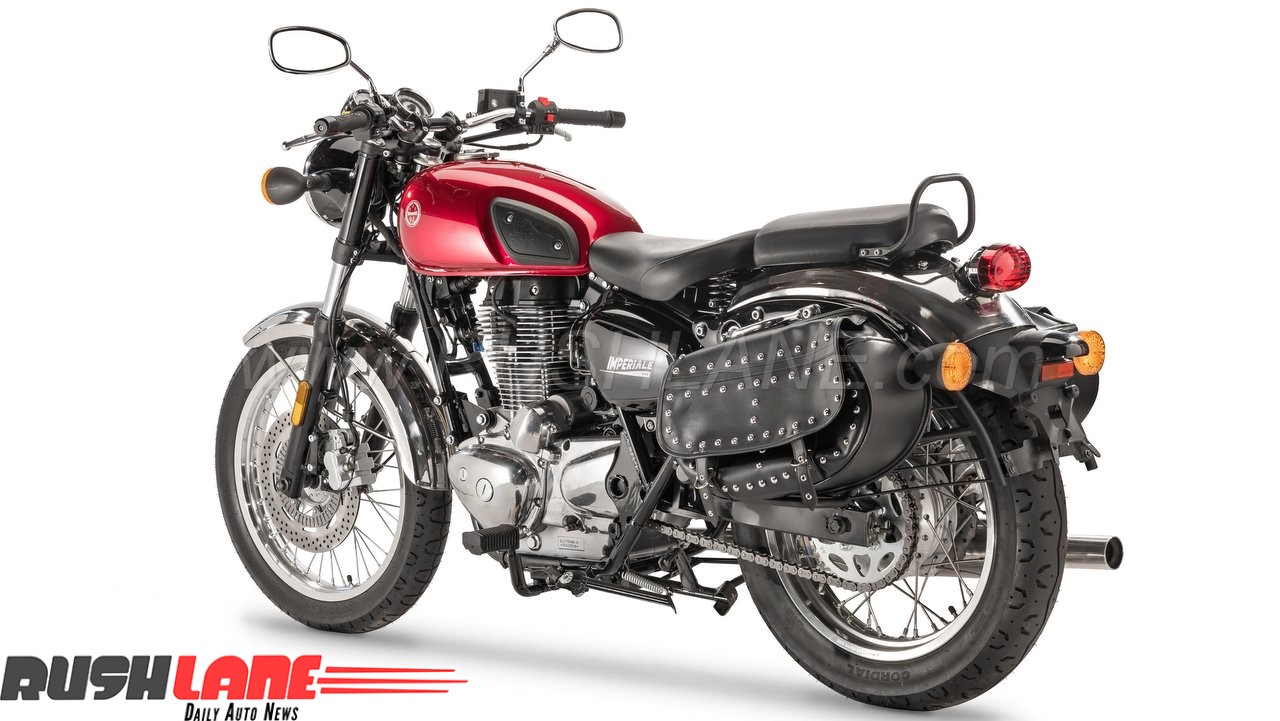 Launch price is expected to be around the Rs 2.5-3 lakh mark, which would allow it to seamlessly enter a competitive field. In terms of market dominance, Benelli remains at an entry level but that could change quite quickly with a slew of launches planned for India in 2018 and 2019.